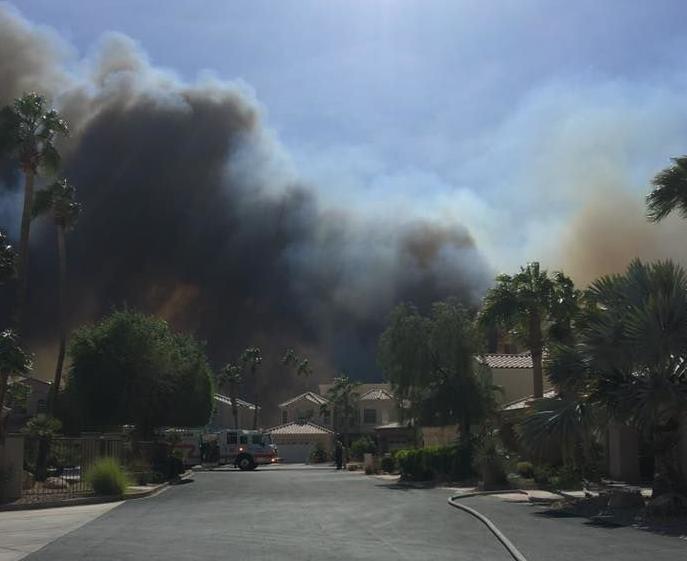 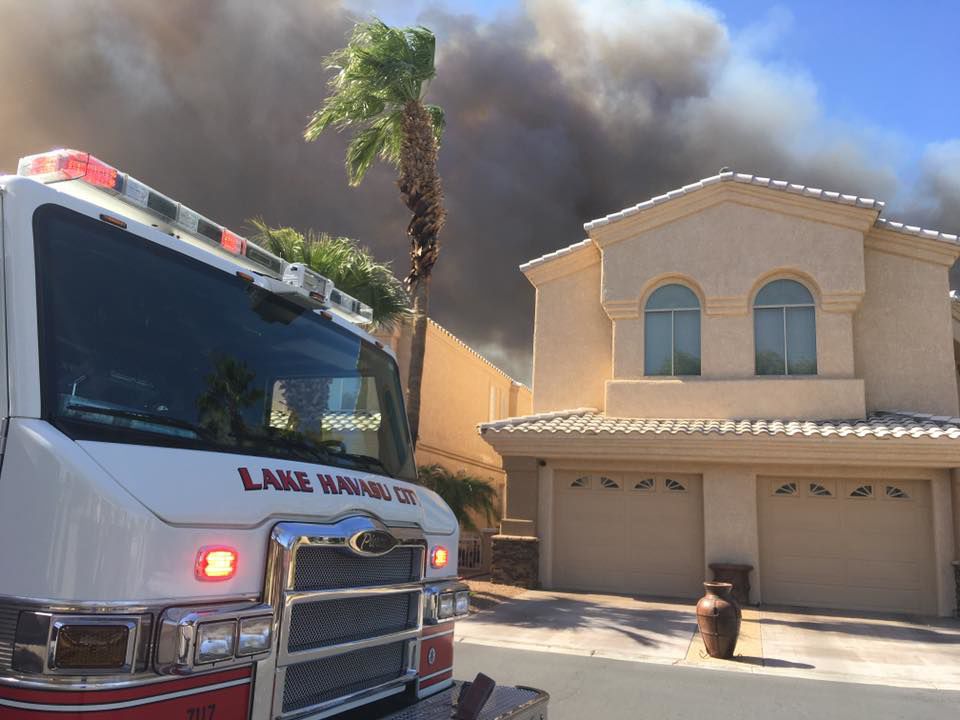 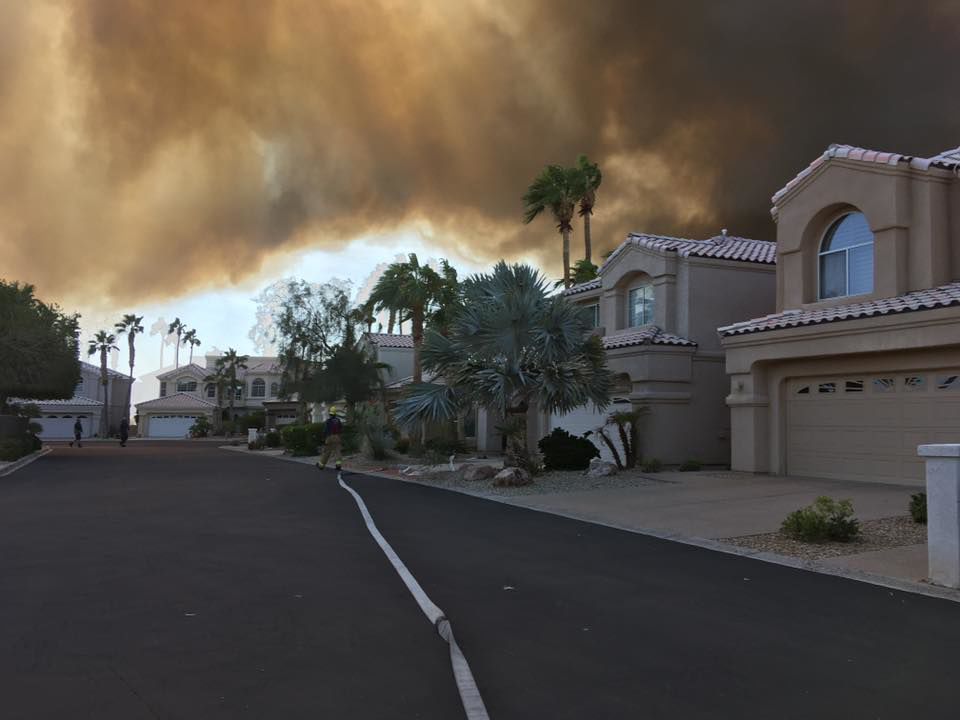 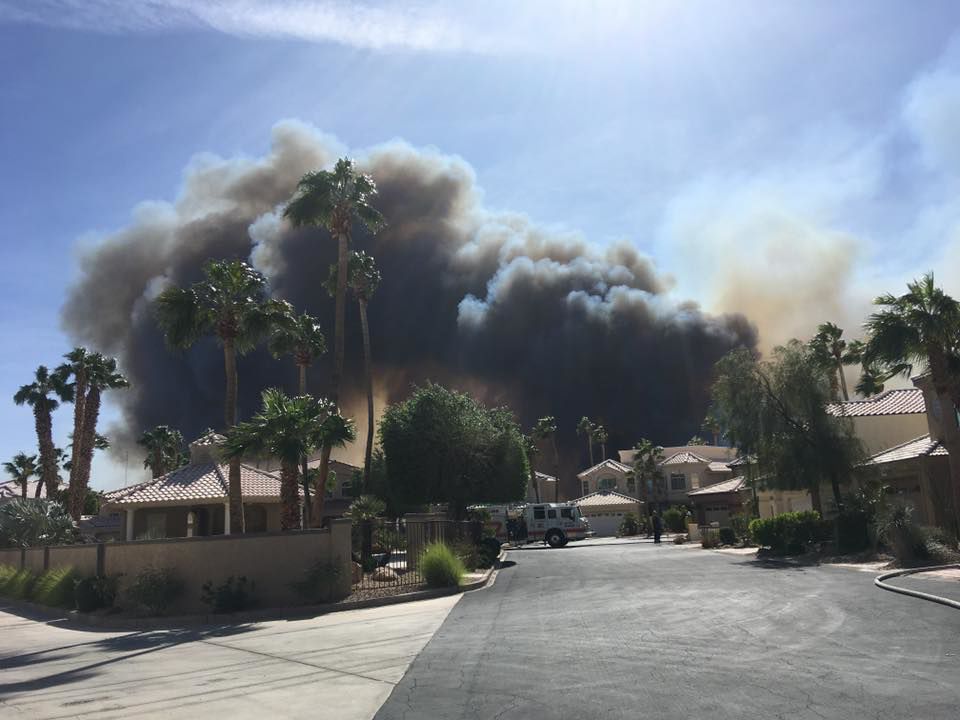 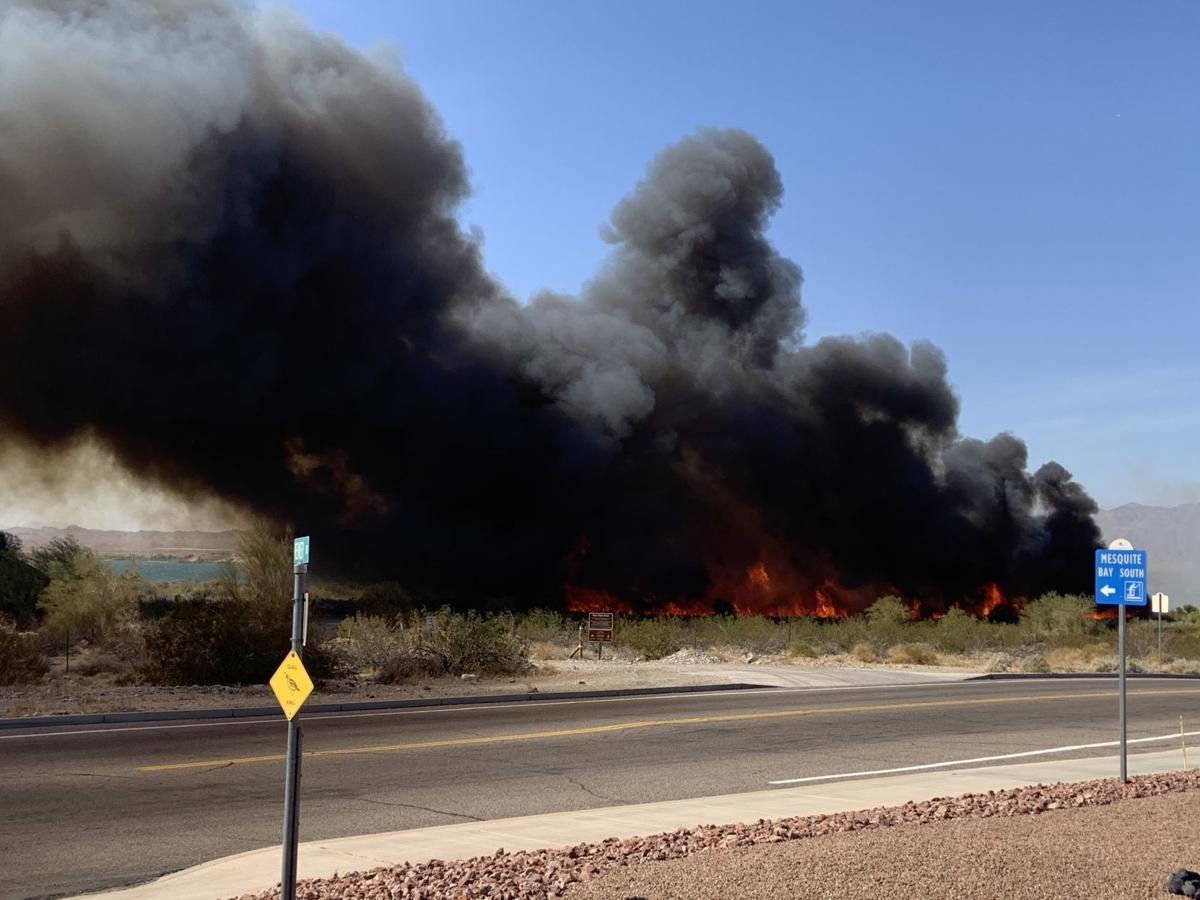 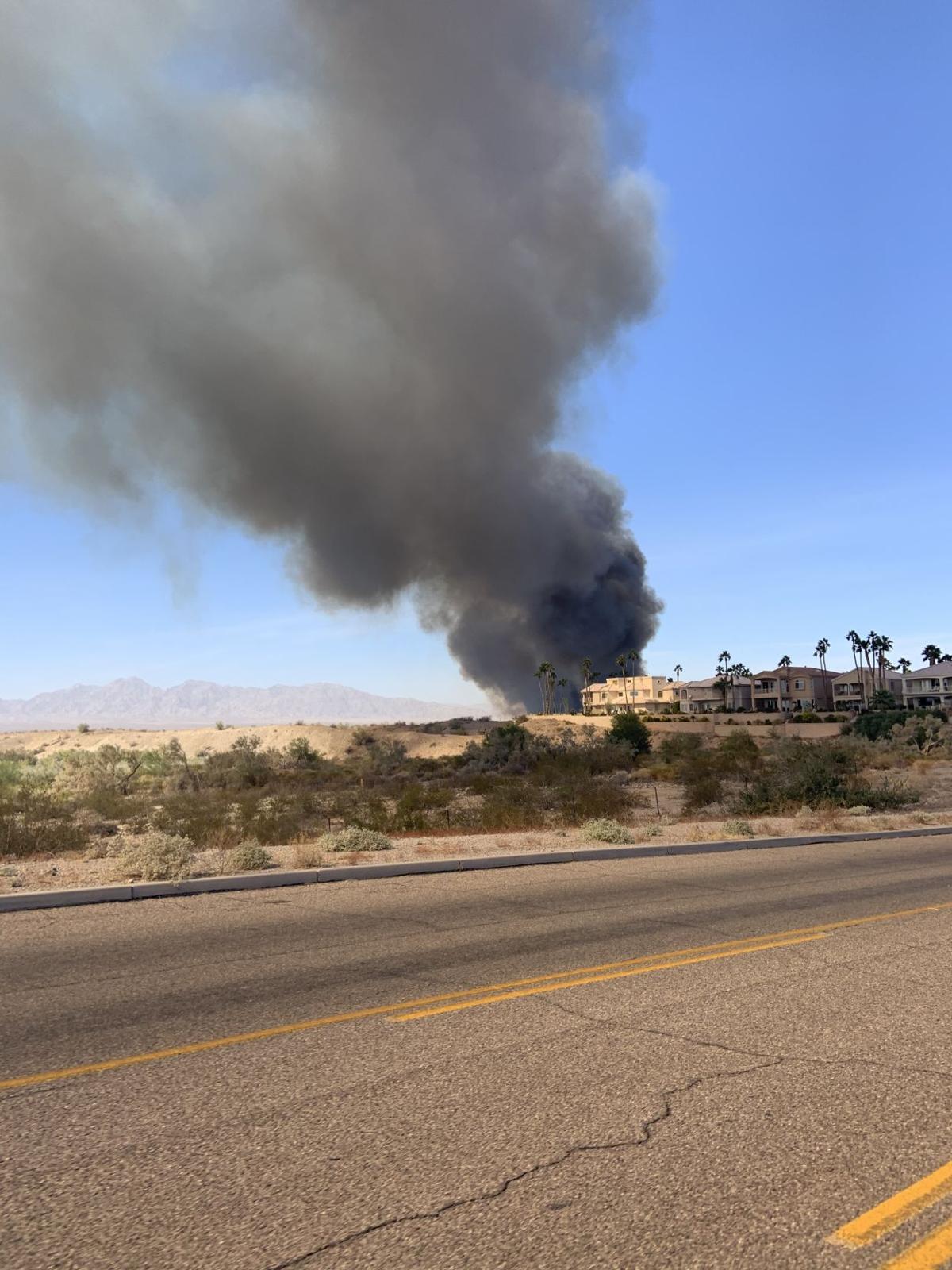 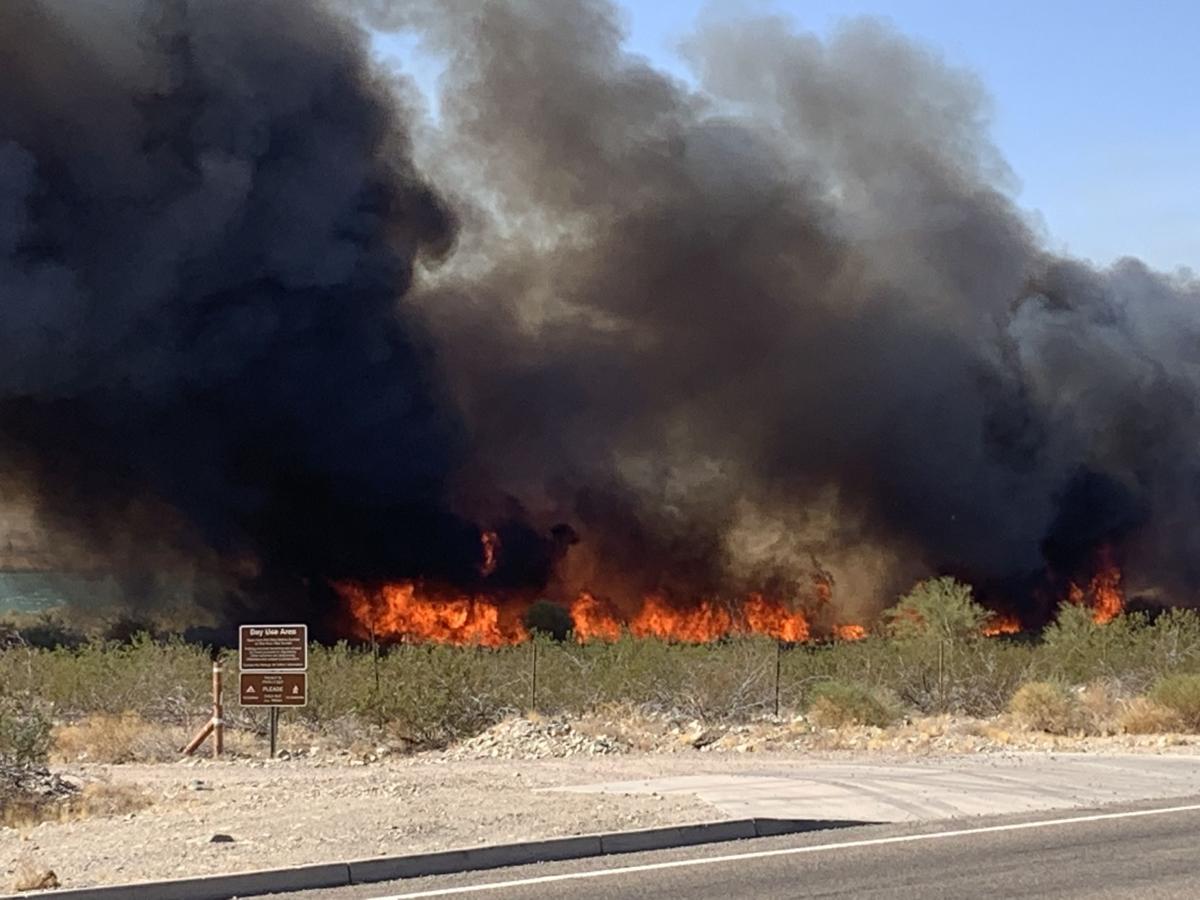 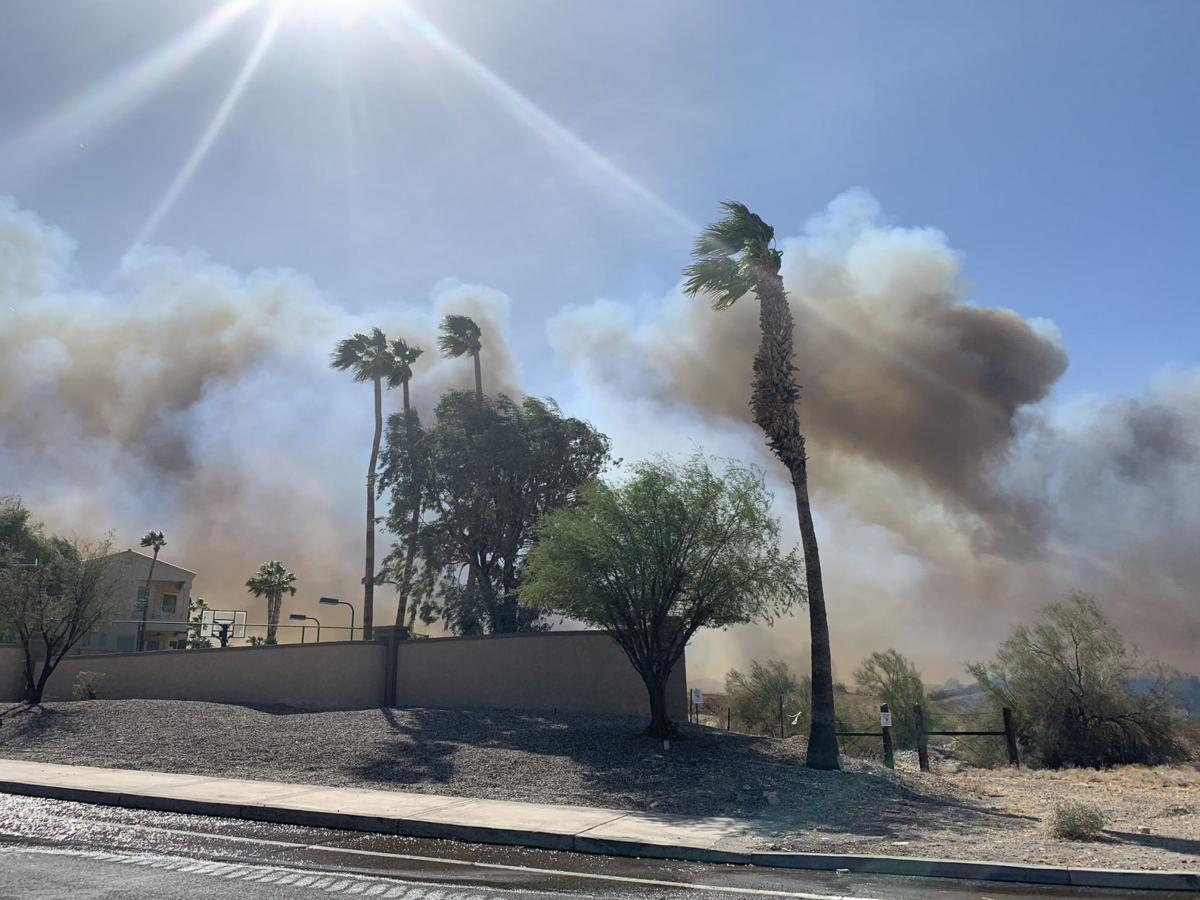 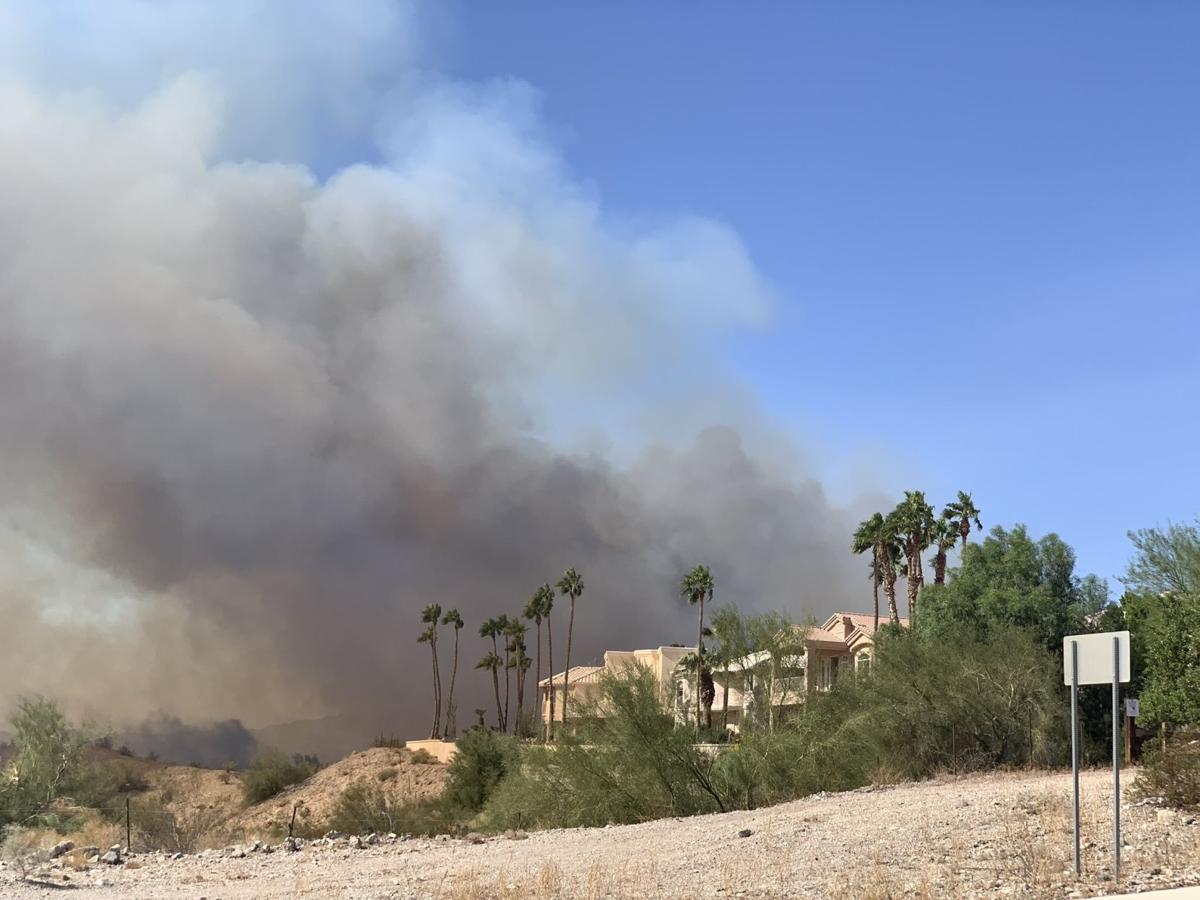 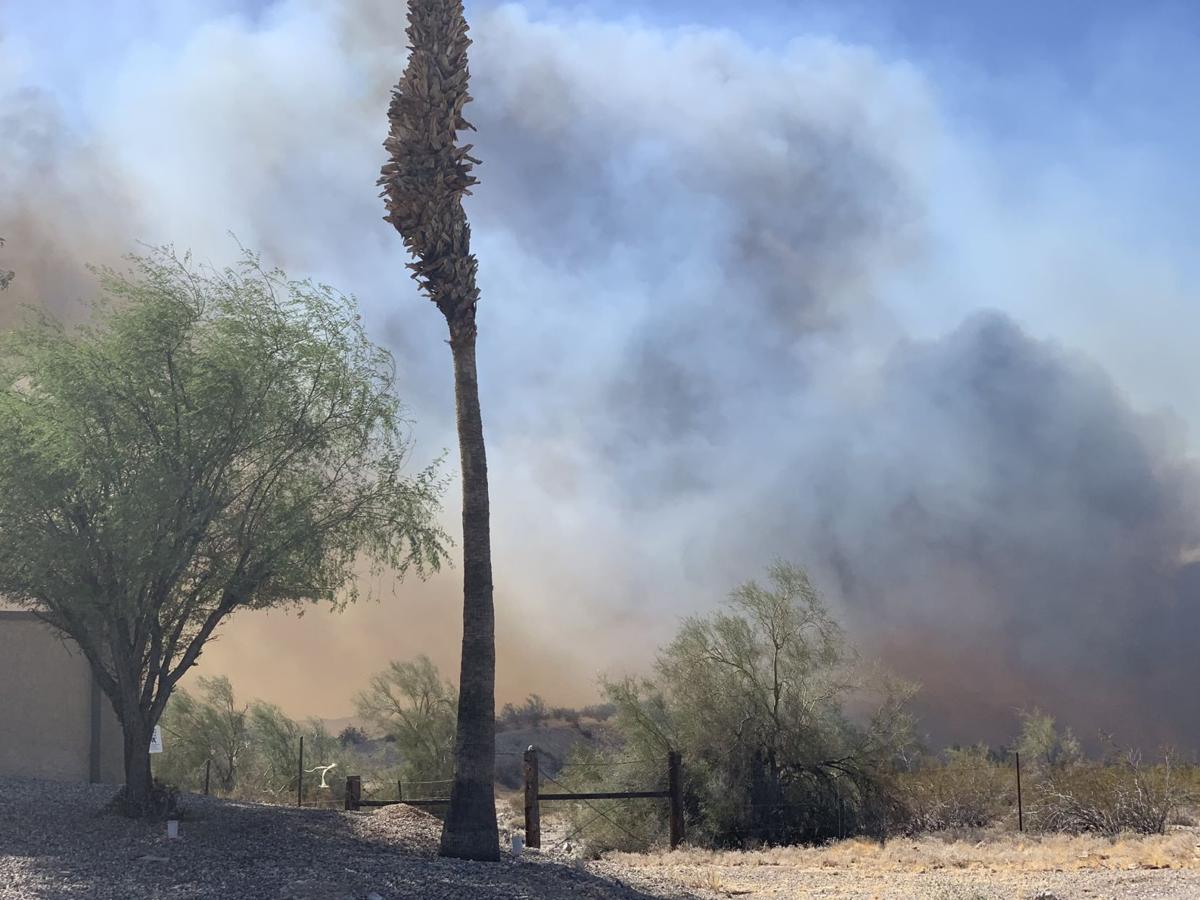 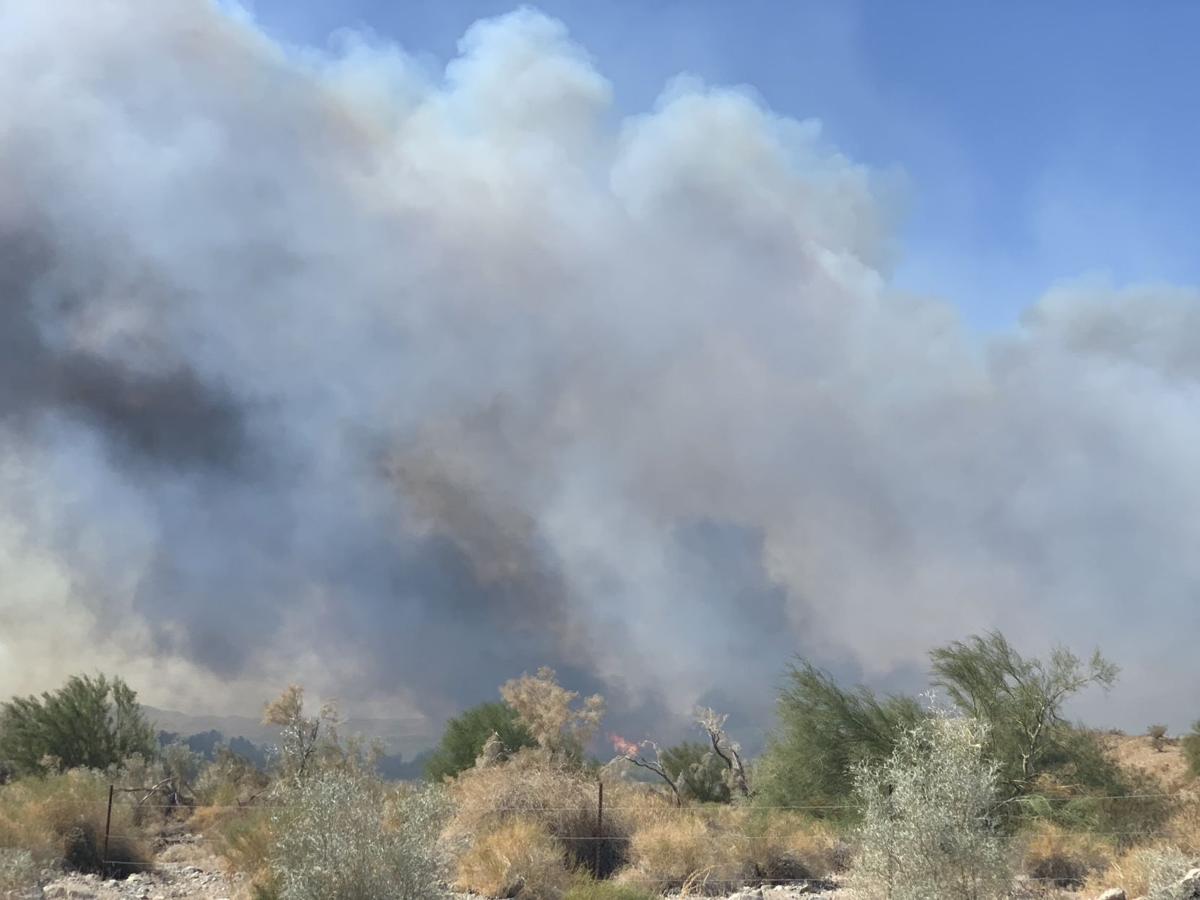 We have lifted the paywall on this story. To support essential reporting, please consider becoming a subscriber.
1 of 11

5:10 p.m.: All roads to the area near the fire have been reopened except for London Bridge Road from North Palo Verde Boulevard to the northern city limit.

4:03 p.m. Authorities on scene say the fire appears to be contained as firefighters continue to mop up the burn area. A deputy with the Mohave County Sheriff's Department says police agencies are starting to get called off.

Joe Barrios of Unisource said the fire is burning away from where the underground gas lines are located. To his understanding, the lines sit at least 200 feet north of the fire, if not more.

"Our personnel are ready to respond if necessary," Barrios said. As of now, there are no expected interruptions to service.

As nearby homes are in close proximity to the flames, Barrios said Unisource has "additional plans in place to dig up and squeeze" the natural gas lines that feed into those residences if necessary in order to stop from feeding the flames further.

Unisource staff arrived and remained on scene in an "abundance of caution" and are "always happy to assist" when situations like this occur, Barrios said.

The National Weather Service currently has a red flag warning for the area in effect until 8 p.m. tonight. According to NWS, the north winds are blowing at 20 to 30 miles per hour, with gusts up to 35 mph.

The red flag warning is meant to designate which areas are more vulnerable to "extreme fire behavior," according to NWS, which usually involves dry conditions and strong winds.

"The Colorado River valley is notorious for extremely strong north winds that linger after a cold front moves through," an NWS representative said.

The wind has only worsened the fire, as "any fires that develop will likely spread rapidly" while the red flag warning is in effect.

Earlier: The Lake Havasu City firefighters are responding to a brush fire in the area of Mesquite Bay South. Firefighters could be observed attempting to stop the fire's advance toward 15 homes in the nearby Quail Ridge subdivision. Police are directing traffic away from London Bridge Road.

Mohave County Sheriff's Sgt. Kyler Cox said deputies are helping residents in the area prepare for possible evacuations. No evacuations have been ordered.

The fire is near Neptune Wash along London Bridge Road, just south of the Sailing Hawks subdivision.

Firefighters said UniSource is on scene to monitor gas lines in the area.

It's less than a mile  from the location of another brush fire that broke out near Dover Road late Sunday night. The cause of that fire is still under investigation.

Sheriff's Sgt. Kyler Cox says that several businesses located near the fire area have been evacuated. He wouldn't specify which businesses are affected. Sheriff's officials are standing by in case more evacuations are ordered, he said.

Winds are pushing the fire toward the homes in the nearby Quail Ridge subdivision, say firefighters on scene.

Keep watching HavasuNews.com for additional details on this developing situation.

U.S. Fish and Wildlife crews are wrapping up some of the initial rehabilitation work early this week and most of the Mesquite Bay area is expe…