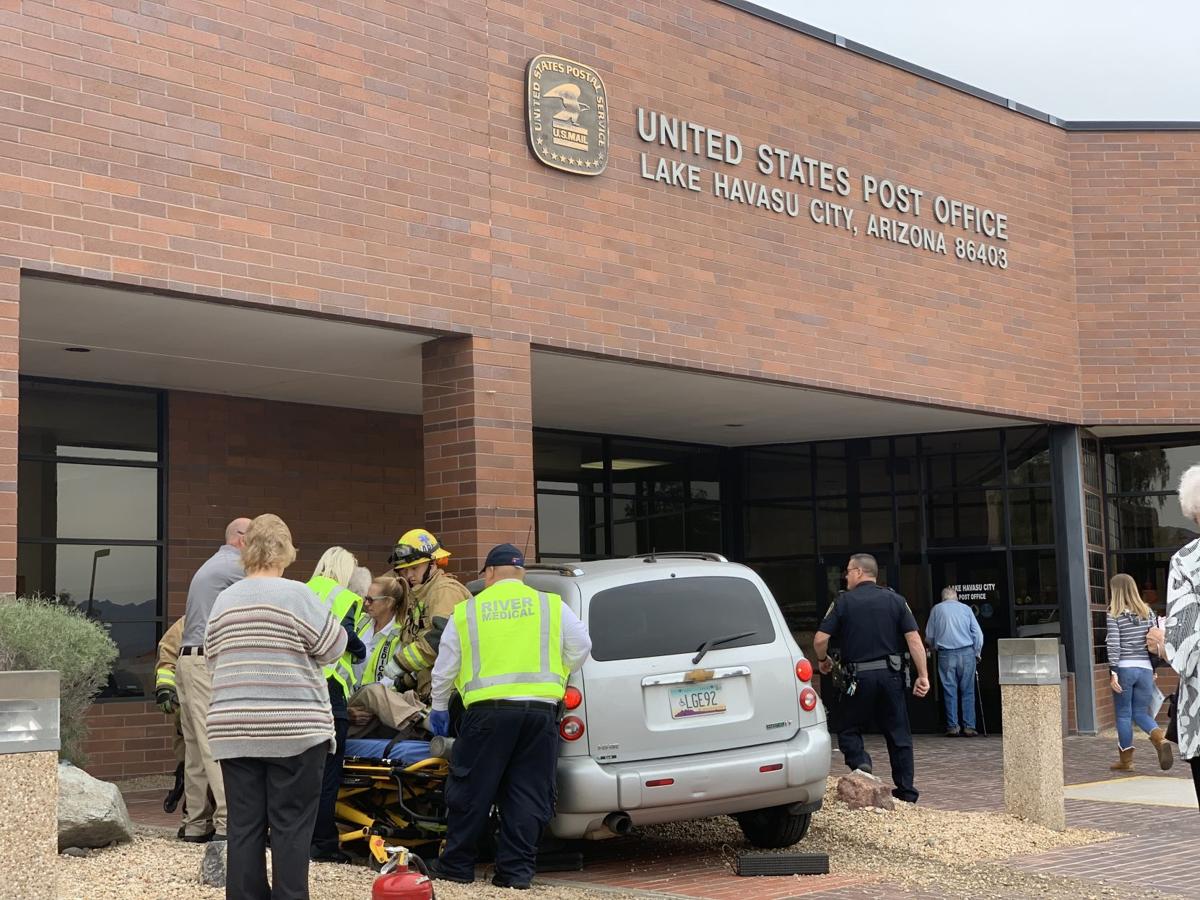 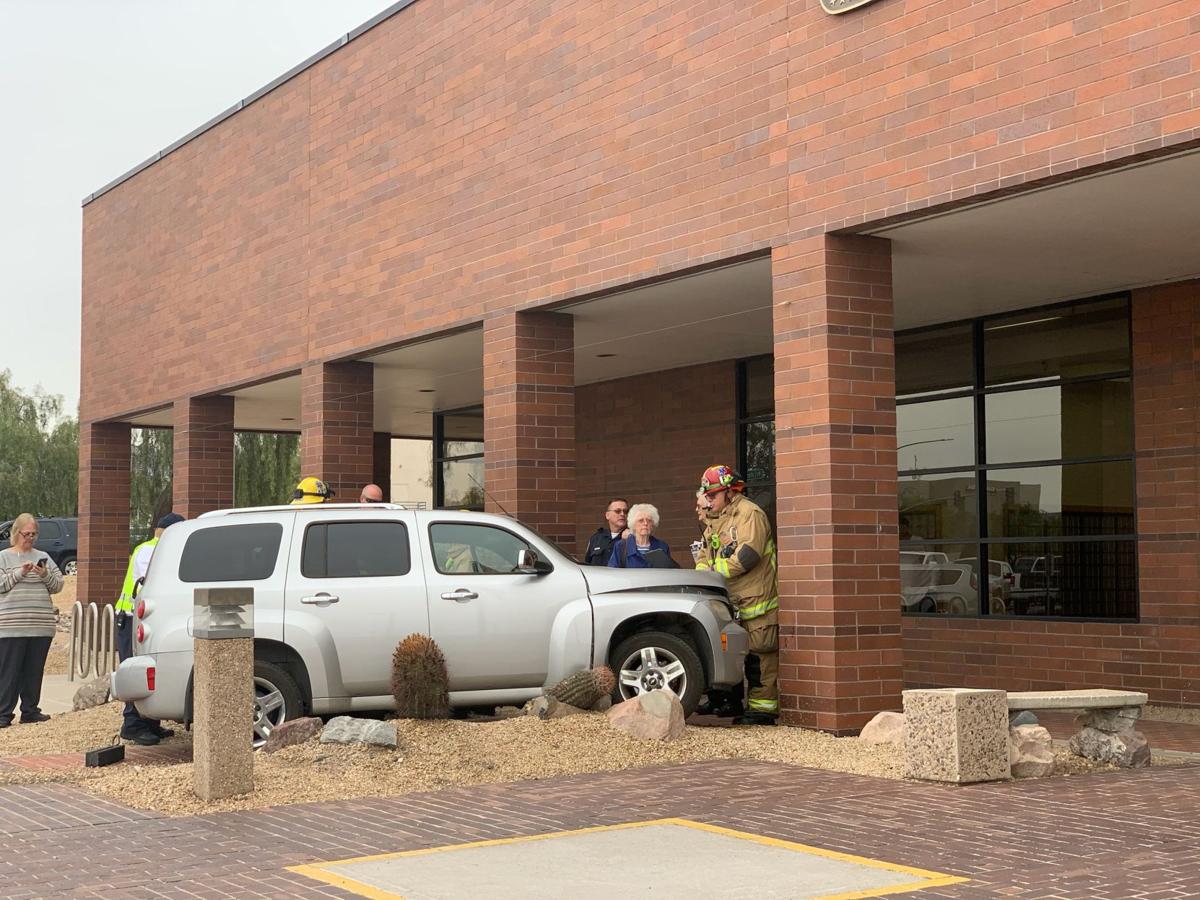 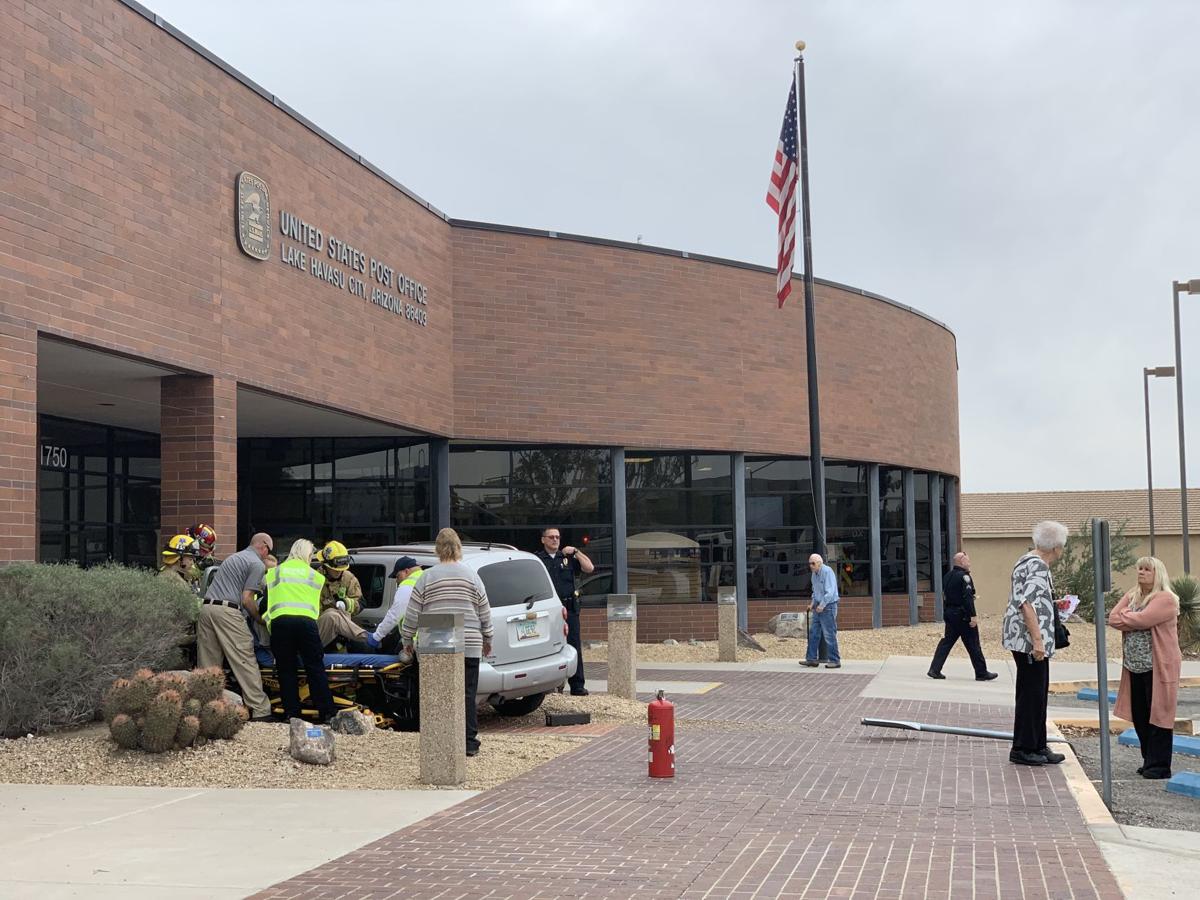 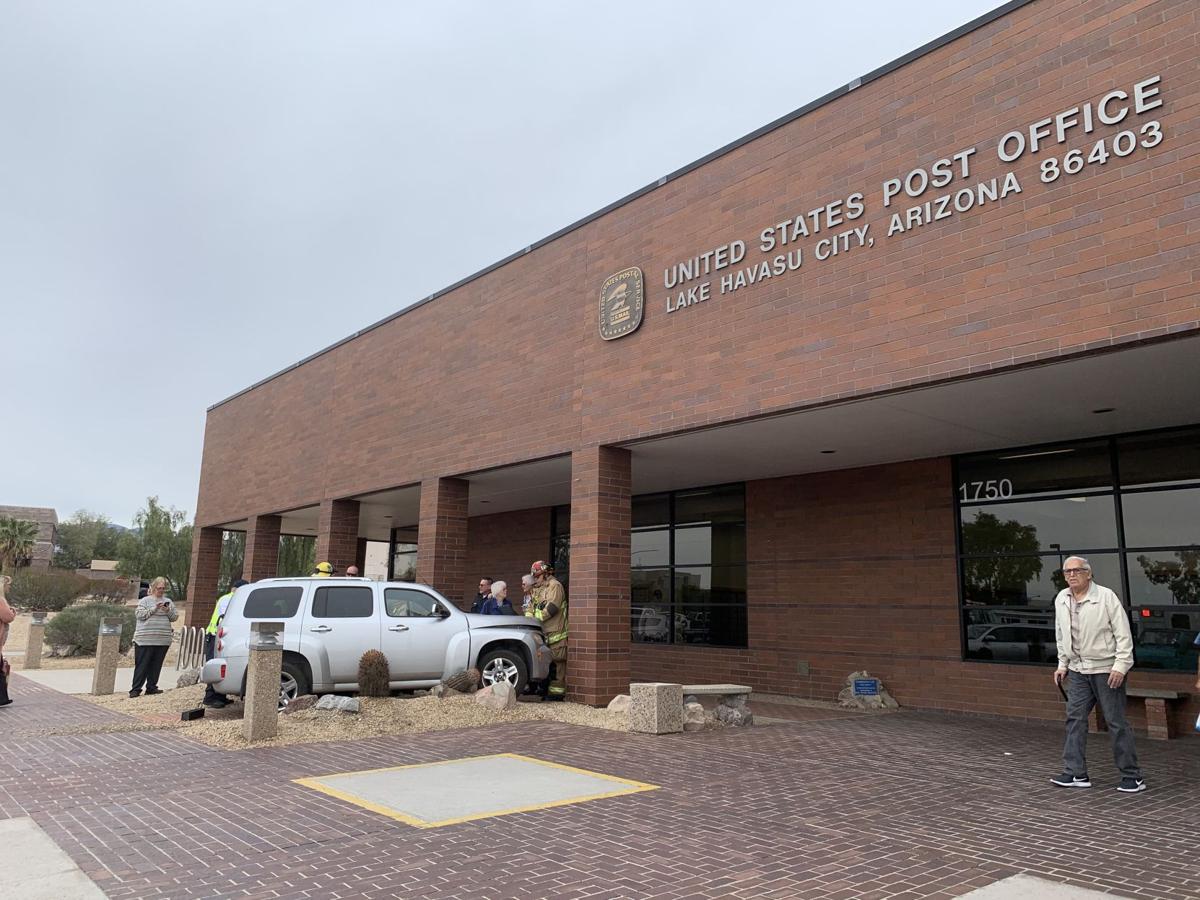 A man has minor injuries after he drove his car into the Lake Havasu City Post Office. Postmaster Debbie Tinnell said the man had dropped off his wife and was trying to park in a handicap parking space when he hit the gas instead of the brakes, running his Chevrolet HHR into a column in front of the building.

The man had minor injuries, said Tinnell, who drove the wife to the hospital.  Tinnell said the man purposefully aimed for the column to avoid hitting the post office's front window.

Police officers on scene the man was being checked at the hospital for any head injuries as a precaution. There was no structural damage to the post office, nor mechanical issues with the car, police said.

The 'ol "go" and "whoa" pedal mix up, a common ailment among octogenarians and older, or forgot the location of the drive-up mailbox area. Though walls, fences and store fronts are objects of snow birds it looks like this one belongs to a local, evidenced by the AZ plates.