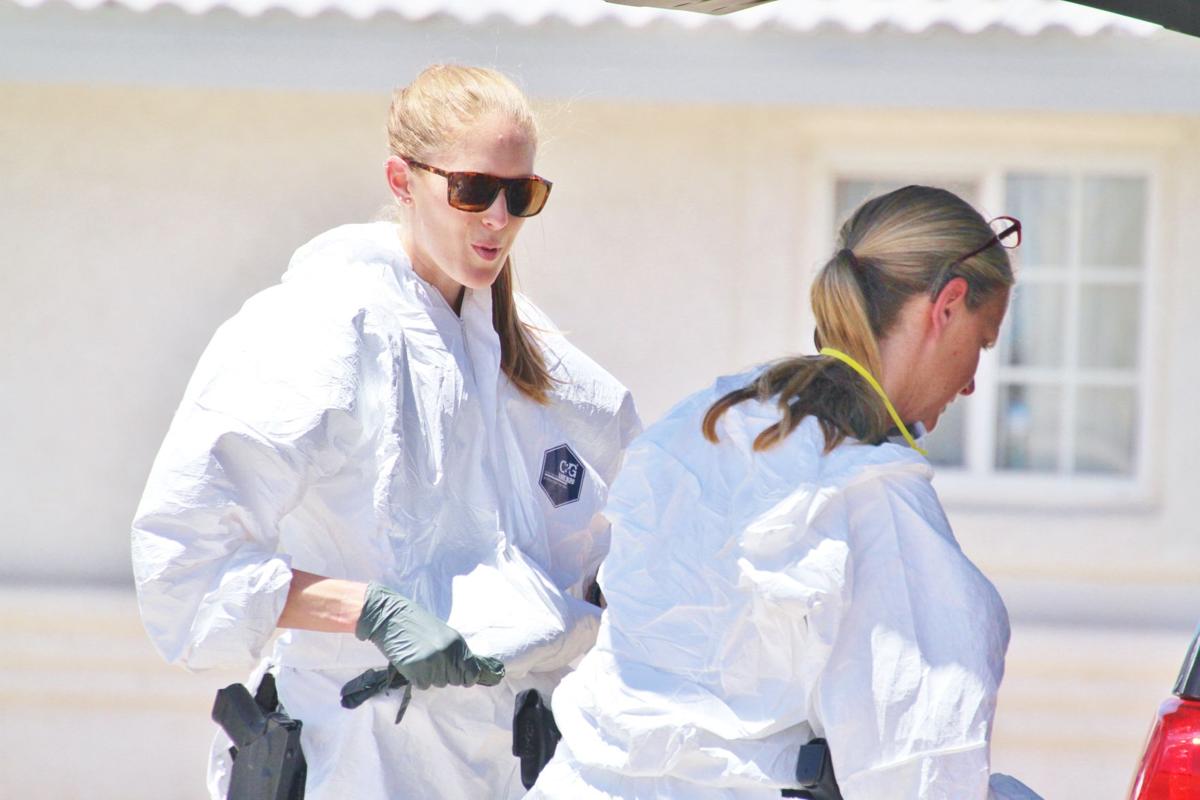 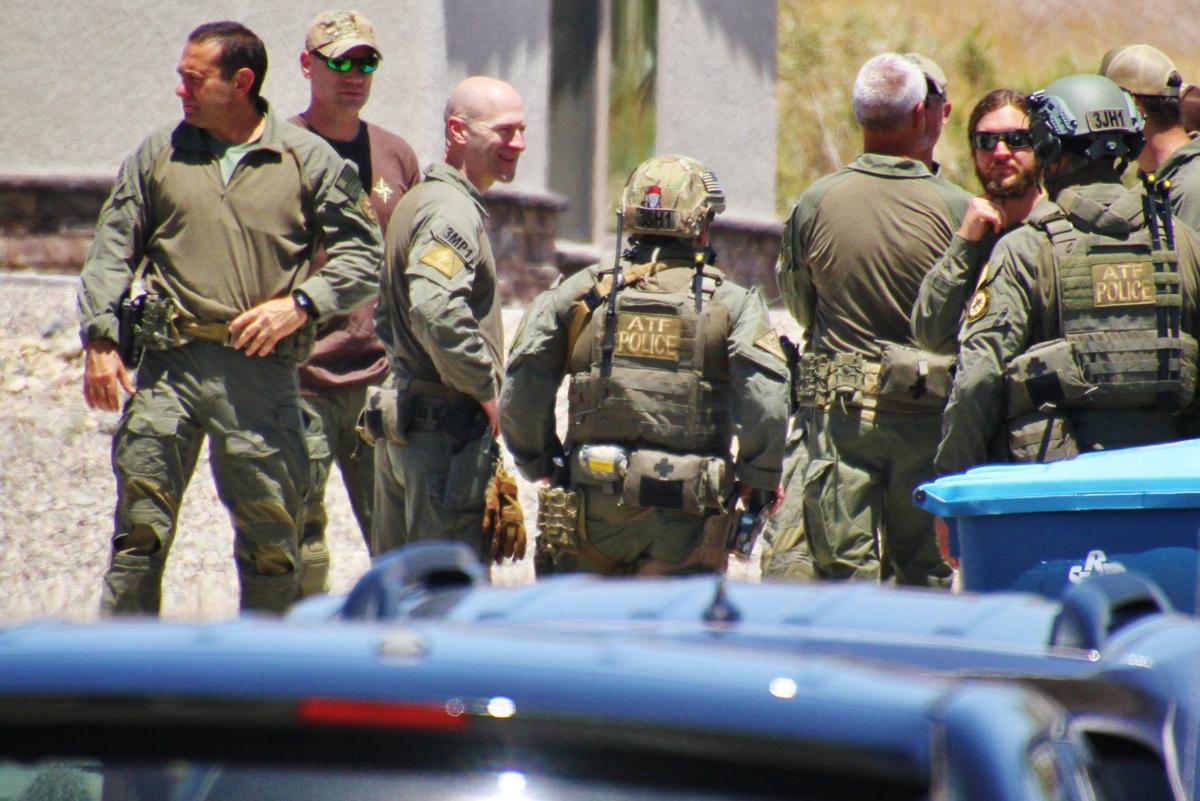 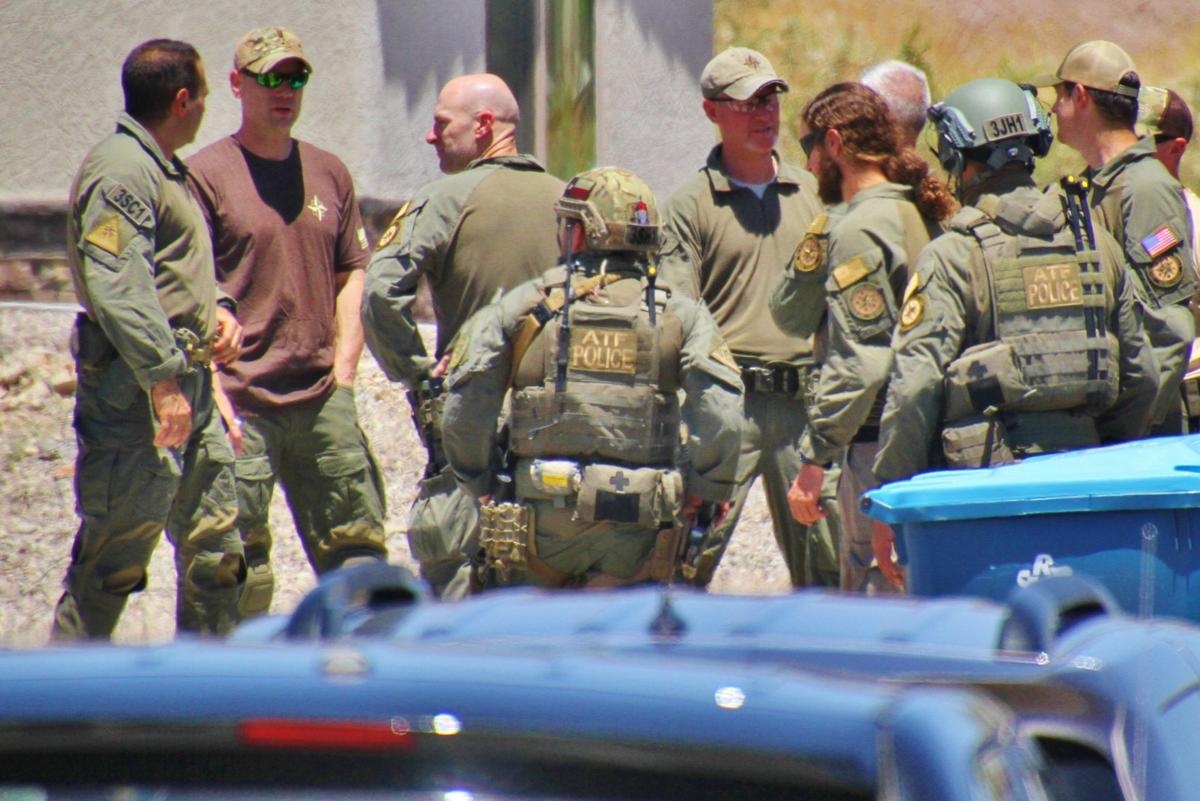 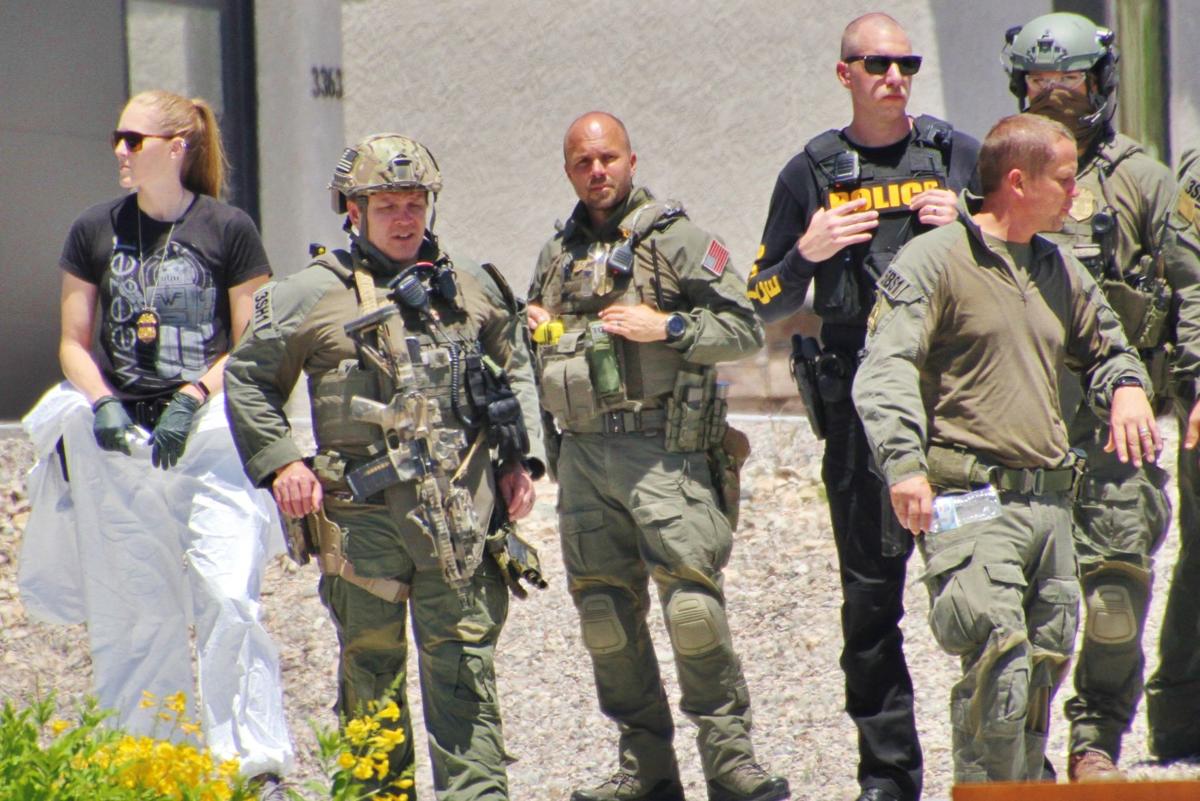 Lake Havasu City Police officials were joined by federal authorities Friday afternoon, at a residence near the intersection of South Palo Verde Boulevard and Fiesta Drive.

Agents from the U.S. Bureau of Alcohol, Tobacco and Firearms controlled traffic in the area, while gathering with police in front of a home on the 3400 block of South Palo Verde. Several of the agents and officers were seen at the residence wearing protective facemasks and HAZMAT suits.

According to police officials, the agencies were pursuing an ongoing investigation in the area as of Friday afternoon. Additional details in the investigation will be released as they become available.

Could be anything from someone selling guns illegally, to someone suspected of possessing dangerous devices - who knows, but seems serious.

Without any follow up by the newspaper we may never know...