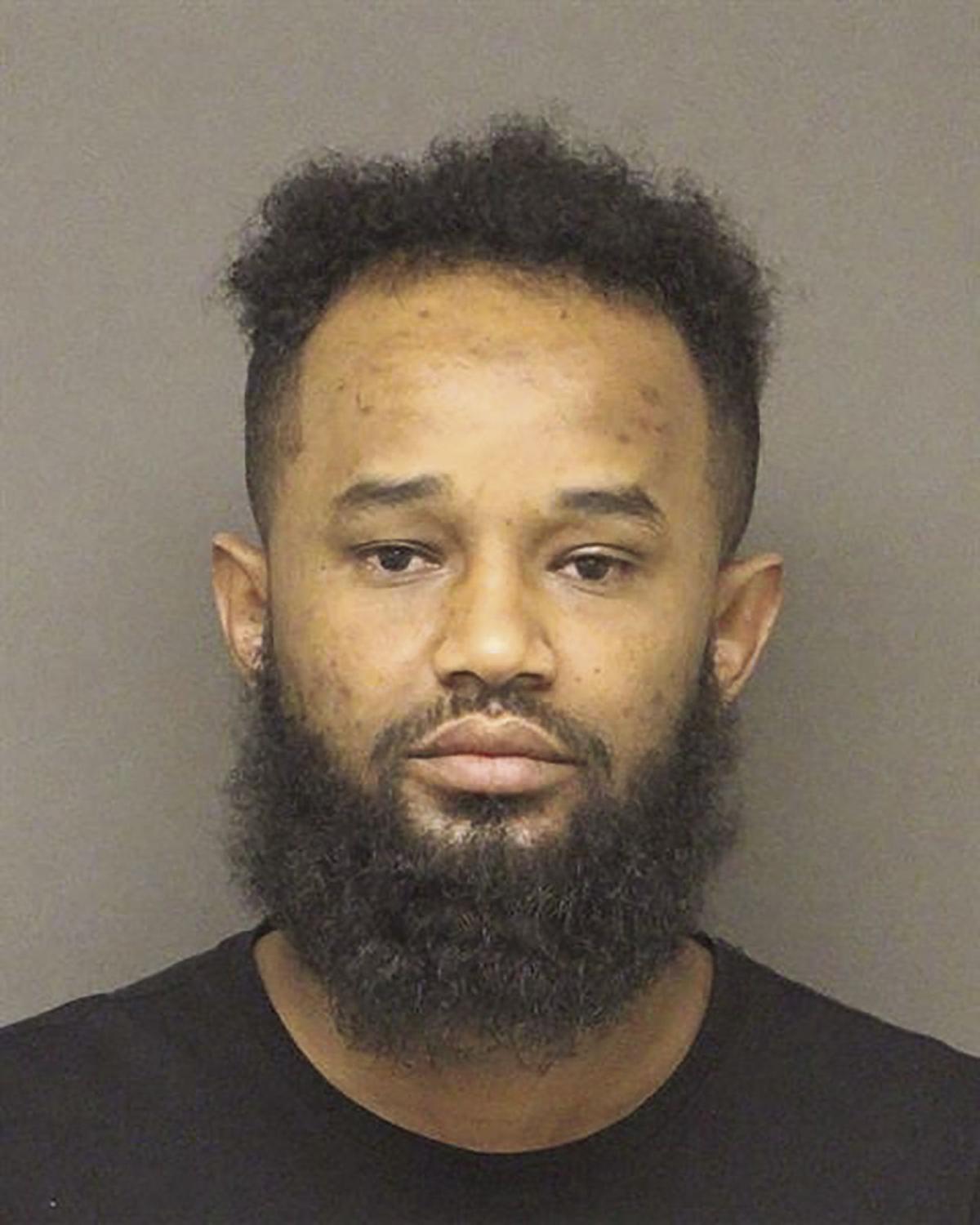 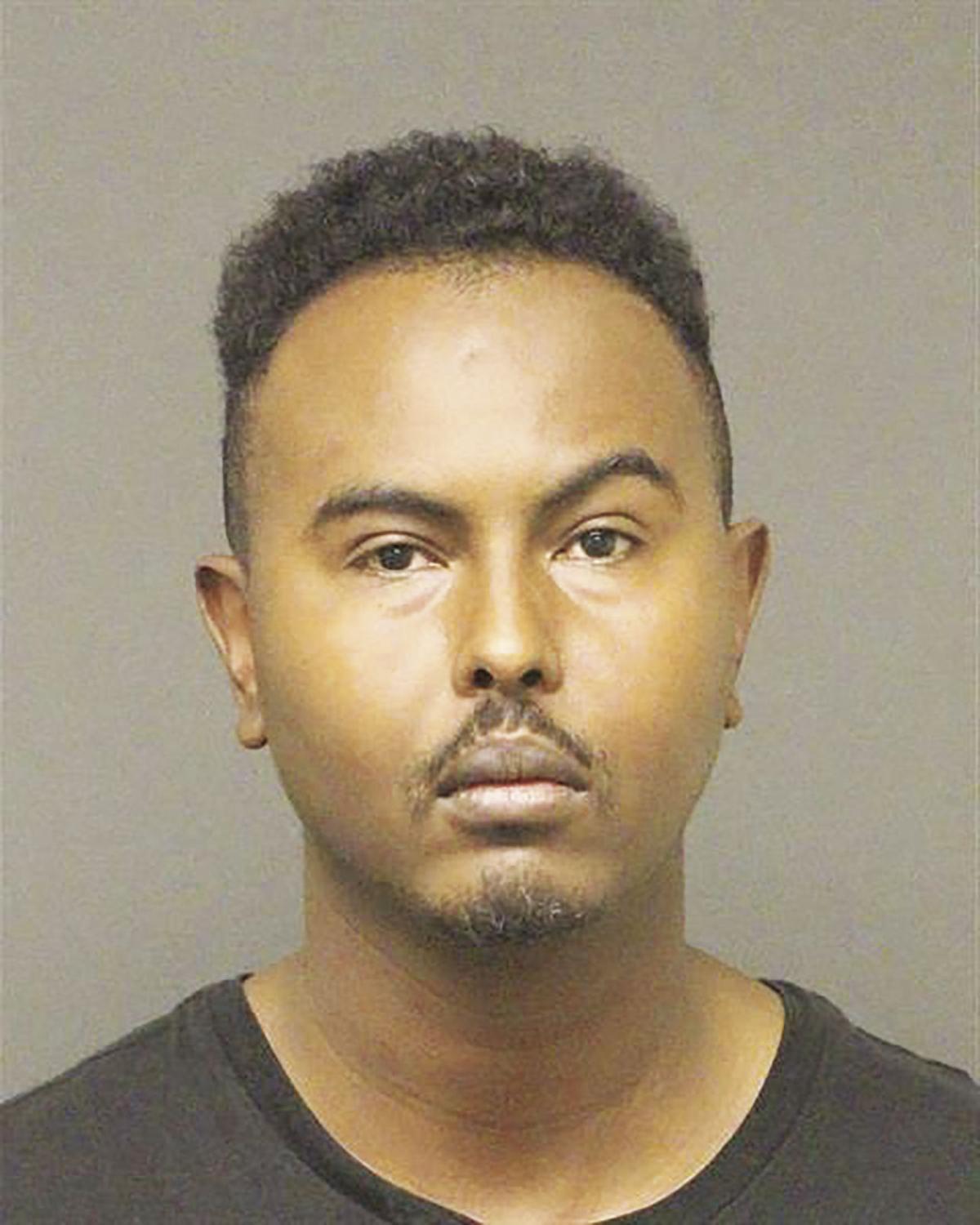 Felony drug-trafficking charges were dismissed Thursday against two Canadian men accused of transporting more than $12 million in cocaine and methamphetamine through Mohave County earlier this year.

Beyan Beyan, 30, and Samatar Ahmed, 36, will return home this week after awaiting trial in Arizona for almost eight months. According to defense attorney Virginia Crews, who represents Ahmed, prosecutors moved to dismiss the case after learning that Bullhead City Police detectives may have withheld information from judicial discovery.

The defendants were arrested during a Feb. 20 traffic stop by law enforcement agencies including the Bullhead City Police Department, the Mohave Area General Narcotics Task Force and the Mohave County Sheriff’s Office. According to investigators, Beyan and Ahmed were initially stopped for an alleged traffic infraction, and supporting K-9 units detected the presence of drugs in their shipping trailer. Officers allegedly searched the vehicle at the scene without a warrant, and found about 370 pounds of cocaine and 220 pounds of methamphetamine concealed inside a shipping container within.

“At a hearing on Thursday, it came to light for the first time that (Bullhead City Police Corporal Thomas Canfield) had prior information about the truck,” Crews said. “There was apparently a plane tracking their truck when it crossed the border, and it seems that the lead detective was already planning to stop the vehicle. There was additional information in his testimony that was never disclosed, that could possibly have helped both defendants.”

A trial date in the case had already been scheduled for Nov. 2. According to a court document filed this week by Crews, Canfield’s testimony would have amounted to an “ambush” after it was initially witheld from attorneys.

“This was the state’s failing, and they moved to dismiss the case on Thursday,” Crews said. “We didn’t oppose.”

According to Crews, both Beyan and Ahmed were professional truck drivers and employed by a Canadian company to transport their cargo to a California warehouse. Crews said that both men have denied knowledge of any contraband in their trailer prior to entering the U.S.

“The truck and one pallet of cargo was implicated by the evidence,” Crews said. “There has never been any specific information or evidence in the case involving (Ahmed or Beyan).”

One day after their arrest, the defendants were released from custody on their own recognizance in a decision made by Lake Havasu Justice of the Peace Jill Davis. Beyan and Ahmed were required to wear GPS ankle monitors to ascertain their whereabouts as they awaited trial. A later court decision required the defendants to pay $10,000 bond in order to leave Arizona, and $75,000 each to return to Canada.

According to Crews, the defendants have remained in Arizona, and free from custody, since their arrest.

“They’re from Canada, and they couldn’t get work,” Crews said. “They had extended family and friends who were able to house them while staying in Arizona. Now they’ll return to Canada … they’re anxious to get back home.”

Don't be so quick to say it was an honest mistake, unless it can work both ways! (In general, not excusing the defendants in this case.)

Beyond that, ignorance of the law is no excuse, unless you're a cop?

As a thirty year law enforcement Officer, withholding “exculpatory evidence” is as egregious as perjury under oath. What Corporal Canfield was thinking is beyond me? It’s my sincere hope that Bullhead City and it’s Police Department take the appropriate action with regard to “Peace Officer” Canfield? At most we can be happy that $12 million worth of Cocaine and Meth won’t be sold on our streets and our justice system works as intended! I hope this newspaper will follow up on “disciplinary action” of Bullhead City PD Regarding Canfield? He appears to be a stain on the “thin blue line”! [thumbdown][sad] Deaton

Did you ever consider that the withheld information may have been to protect an ongoing investigation? Maybe I am wrong, but I doubt that there are too many aircraft within the law enforcement community in Mohave County. So that kinda leaves air surveillance to DEA or a similar group. If they were still working on something, they would not have wanted Canfield to disclose how they obtained the information until absolutely necessary. I wonder why the prosecutor was so quick to dump a case of this size.

TOFT, I agree there may be much to this story that has not been disclosed? However, it’s been several months since these arrests were made. I initially thought, like you, that when the defendants were released on “own recognizance” that law enforcement had “flipped” them into “confidential informants” and were working backwards to a source for the contraband. If that was the case and immunity was part of the deal this case would have been dismissed “In the interest of justice”. This looks to me that during “discovery” exculpatory evidence was found that wasn’t disclosed in the reports and/or affidavits for search warrants which would have invalidated the search warrants and suppression of evidence under “the fruit of the poison tree” doctrine. With how many months this has been under investigation, I don’t agree that prosecutors were “so quick to dump a case of this size” That’s why I hope this newspaper will “follow up” on Corporal Canfield [thumbup][huh] Deaton

Why would the police hide information?????? Americans do like their drugs.

Perhaps mentioning the aircraft and such would have compromised an ongoing investigation. The prosecutor seemed too anxious to drop charges.

Hey, good morning. I need to do a follow-up on your libelous attack on me yesterday. I asked you to provide the title of my book you talked about. When can we expect you to man-up and admit you lied?

When can we expect you to converse about the topic in this article. What are you 9?

Trying to drum up some publicity for your “book” BigBob? Seems to be “niche” audience for a book about a long defunct and decommissioned US Route 66 the “Mother Road”? I would say there are not many folks around who even remember “Todd & Buzz” and their ‘66 Vet’ Sting Ray, cruising old Route 66? [thumbdown][tongue][love] Deaton

Hey BigBob/rovR** since the “topic” here is illegal drugs, I was wondering which way you voted on Prop. 207, “Pot legalization” when you mailed in your ballot? Seems a “Yes” vote would cut down on your travel time and miles driving to “Needles, CA” ‘eh BigBob? #Re-Elect45! [thumbup][tongue][love] Deaton

If you can't remember the names of all of your books, go to the Library. I am not going to try and refresh your memory.

Well it is obvious that someone make a mistake. Hopefully they learn from those mistakes so this type of rampant drug trafficking is eliminated in the future. And yes of course medically needed drugs are useful but creating a whole society of drug users is not a productive use of human intellect.

City code changes recommended for calls to the public at meetings, cleaning up vague language

The Lake Havasu Area Chamber of Commerce announced it will oppose Prop. 208, the “…