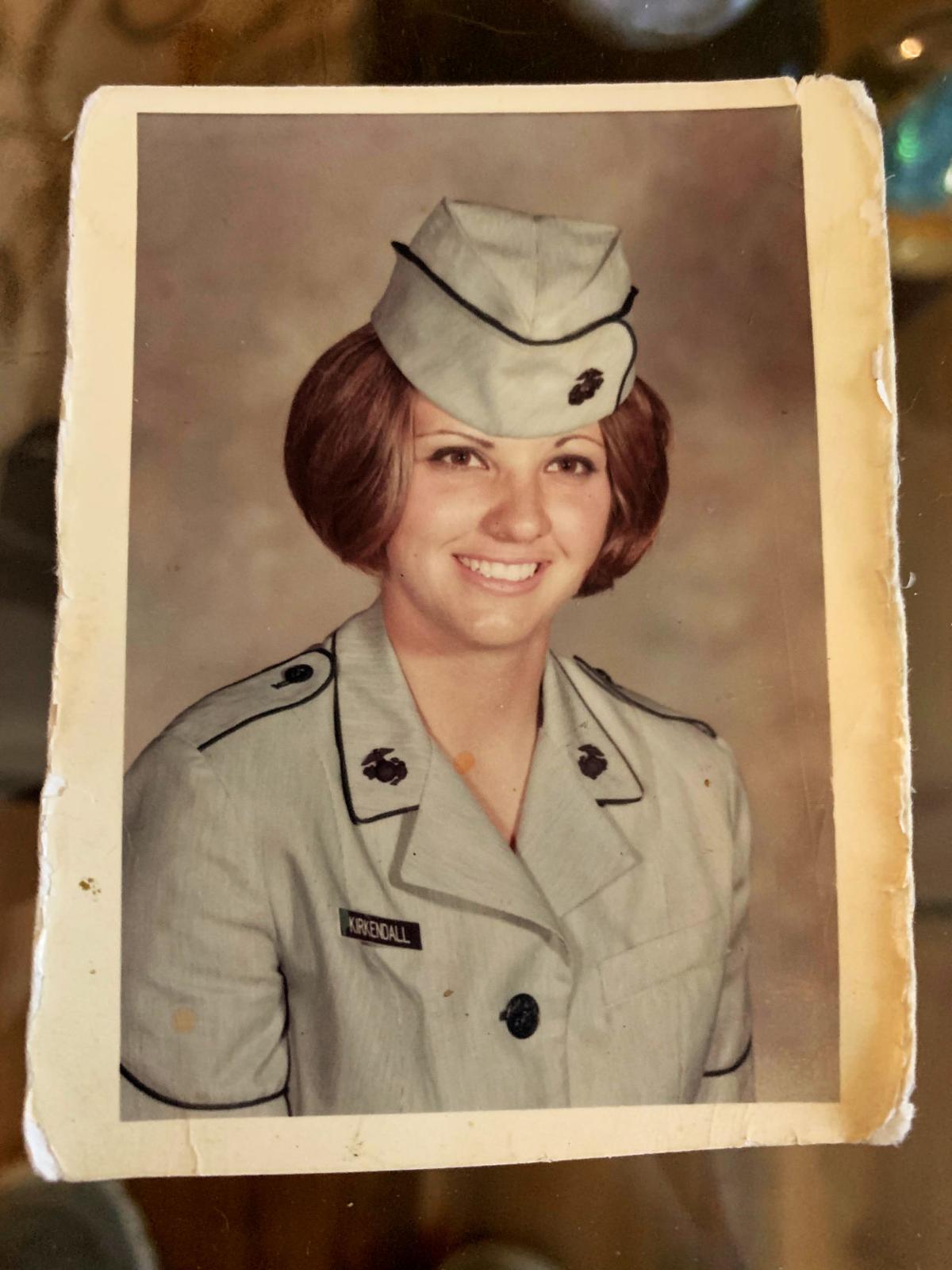 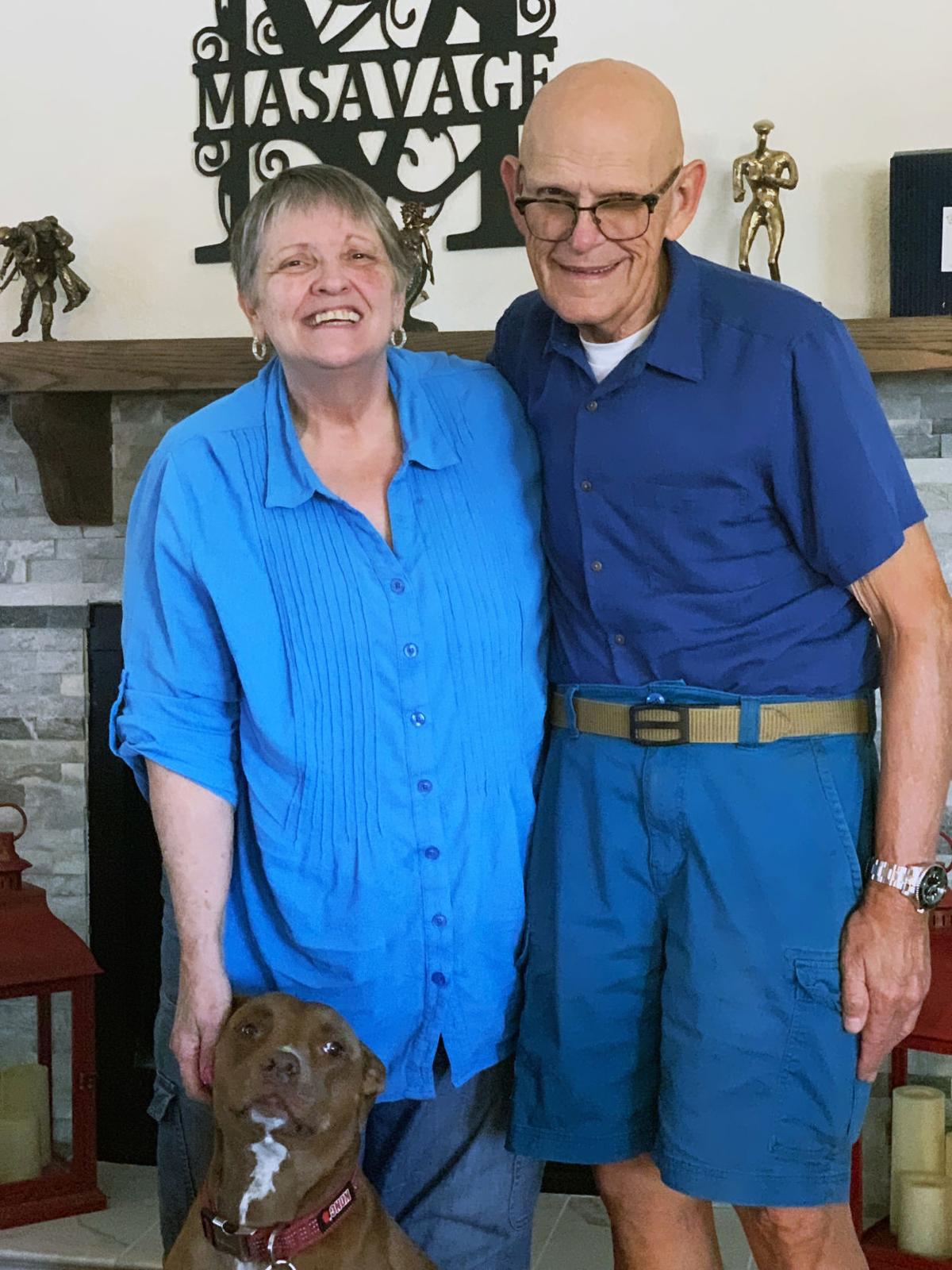 Roseann (left) stands with her husband, Anthony Masavage, and one of their dogs, Sadie.

Roseann (left) stands with her husband, Anthony Masavage, and one of their dogs, Sadie.

A 19-year-old Roseann Masavage planned on enlisting in the Navy to follow in the footsteps of her uncle, whom she loved dearly.

But instead, she ended up in the Marine Corps, even though it was “the furthest thing” from her mind at the time.

“But this is where God steps in,” Masavage said. She was wandering around a shopping center, waiting to meet with some members of the Navy, but they never found each other. Thinking they’d neglected to show, she made her way over to a recruitment station and met with the only recruiter there — for the Marines.

“I happened to see the WM’s green outfit, and I thought, ‘Oh, that’s pretty!’ And that’s when I enlisted,” Masavage recalled.

Being stationed in Hawaii from 1971 to 1972 allowed her to wear that same pretty uniform year round thanks to the beautiful weather. “Let me just tell you — men love a woman in uniform,” she laughed.

Masavage worked with three to four other women as a keypunch operator. “We had to type out cards so they could run through the computer… a glorified typist,” she explained.

It was there that she met two of her girlfriends, who she still stays in contact with. She plans to return to Hawaii with one of them, Donna, next year.

“It was a fun place,” she said of Hawaii. Her friends would go out dancing, and there were “plenty of men to date,” she remembers.

But it wasn’t all paradise. During her time in the military, she was raped.

“That was very hard,” she said solemnly. The emotions that she felt from the assault are “not as bad as they used to be,” but they still remain with her at the age of 68.

“They’re still pushed down, and once in a while, they’ll pop back up,” Masavage said. “But that’s life.” She sought professional help and attributes her healing to God and her faith as a member of The Church of Jesus Christ of Latter-Day Saints.

Media coverage of the war and knowing that many people back home condemned those serving in the military was another dark shadow that hung over her.

“That was a scary time,” she said. When they would arrive at any airport after flying, they would find the nearest restroom so they could change out of their uniforms in order to avoid harassment, she recalled.

“I felt sorry for the guys in Vietnam because they were there by orders, not by choice,” she said.

When she came home to Indiana, it was difficult to adjust to civilian life — and the weather. But for the last 16 years, she’s lived in Lake Havasu City, soaking up the sunshine and warm weather with her husband, Anthony, and their two dogs.

She traded keypunching for diamond painting and enjoys swimming. She also loves doing genealogy work, and did so for 14 years as she served in the Family History Center of her church.

Masavage continues to stay in touch with her time as a Marine and other veterans in town. Roseann and Tony plan on spending Veterans Day “recovering” from the Marine Corps ball they attended Sunday.

She also helps support other female veterans by meeting with a group of them once a month at the Lake Havasu City Veterans Center. Their next meeting is December 18, and they’re looking for more people to come and join them. Attending the meetings gives the women the chance to talk about anything and everything they’d like, rather than following a rigid agenda or formal meetings.