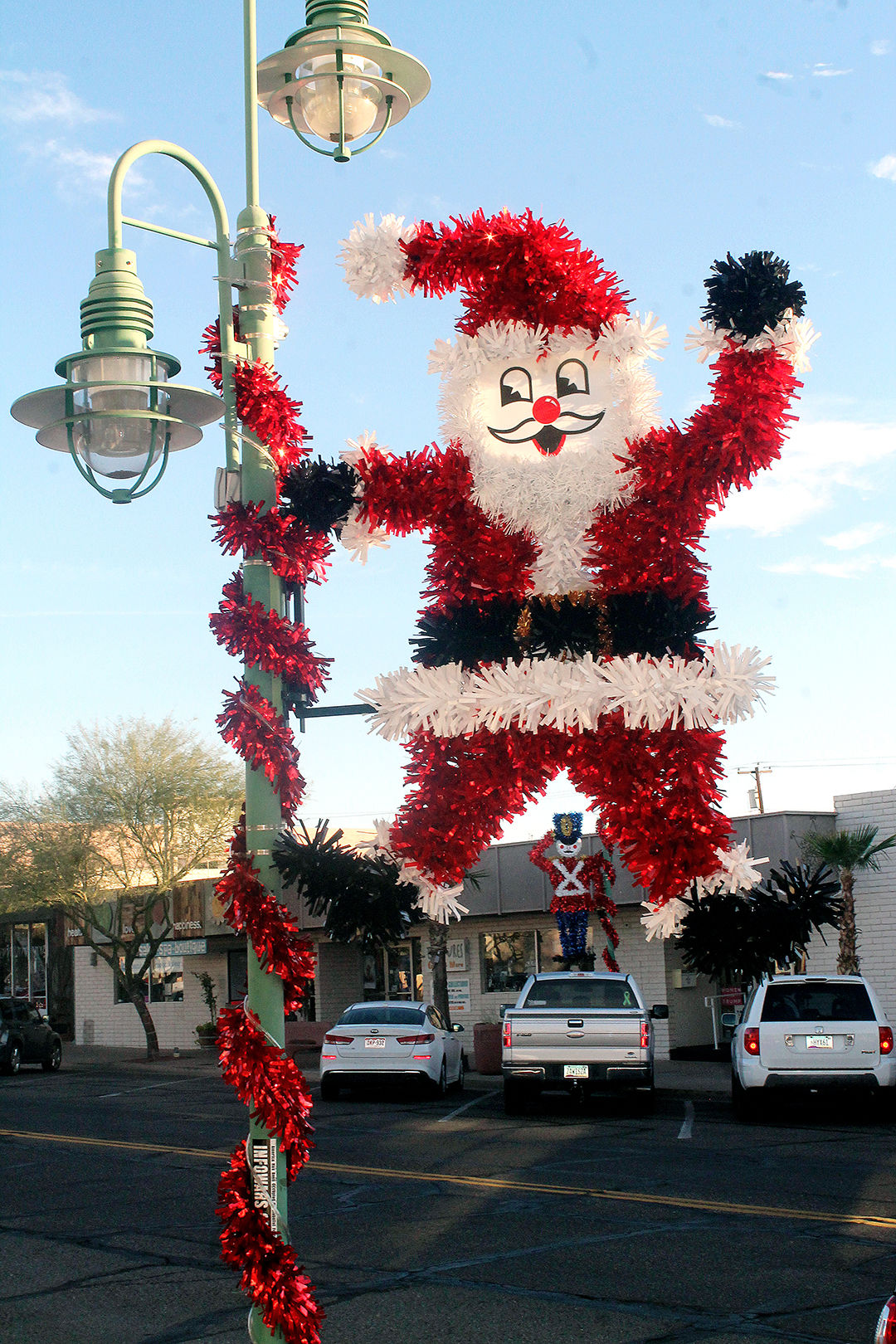 Santa Claus hanging from a streetlight pole in the downtown is just one of the new decorations. 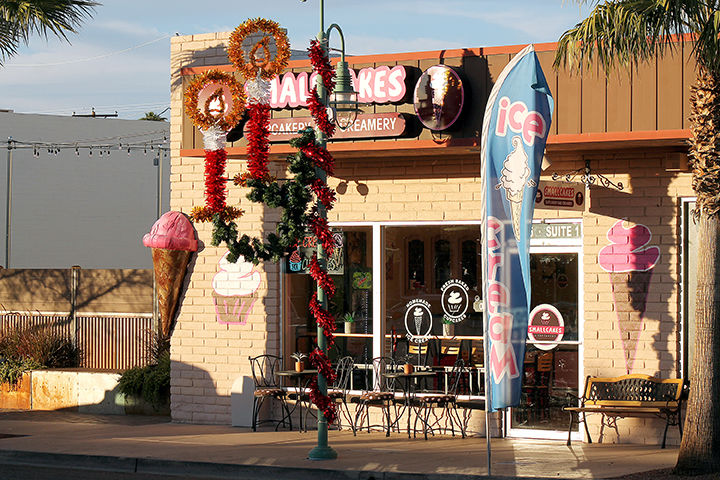 McCulloch Boulevard has brand new Christmas decorations this year after Lake Havasu City discovered last year that its previous decorations were worn out. The new decorations are larger than the old, and also include lights that provide a festive glow after sundown.

Santa Claus hanging from a streetlight pole in the downtown is just one of the new decorations.

McCulloch Boulevard has brand new Christmas decorations this year after Lake Havasu City discovered last year that its previous decorations were worn out. The new decorations are larger than the old, and also include lights that provide a festive glow after sundown.

Santa is back on Main Street this year and he is looking better than ever.

After unpacking the decorations used throughout Lake Havasu City last fall, city workers discovered that the Christmas trimmings that had been used for years on McCulloch Boulevard were in poor shape. Mayor Cal Sheehy said the city was able to modify some things, aided by businesses and organizations in the area, to make the best of the situation in 2018.

But Christmas is back in full force on Upper McCulloch Boulevard after the city spent $30,000 on some brand new decorations for the light poles on Main Street. Each pole is wrapped in tinsel with a different Christmas character or theme including snowmen, toy soldiers, candles and even Santa himself.

“They add some festivity for sure,” said Deane Duncan, owner of Hotoveli Boutique. “I love them. They are cute.”

Regan Ross-Robertson, owner of The KAWS, said the previous decorations had been in use pretty much her entire life and she was excited about the update. She said the biggest difference, other than their condition, is that the new decorations are larger and they light up.

So far, Ross-Robertson said she has heard nothing but positive feedback from the business owners in the area.

“It’s nice,” Ross-Robertson said. “It gives some energy to the street.”

“Hopefully it just puts everybody more in the holiday spirit and they will get out and shop at local businesses,” Duncan said.

Although the city’s decorations are already up, McCulloch Boulevard may be getting even jollier in the coming weeks. Go Lake Havasu and the Partnership for Economic Development are hosting a decorating contest for merchants in the downtown district this year. The deadline for decorating is Dec. 15 and judging will take place the week of Dec. 16.

The winner of the contest will be announced at First Friday on Jan. 3.

“We thought it would be a good compliment to what the city did, as a thank you for their contribution,” said Ross-Robertson, who is also the manager of programs & events for Go Lake Havasu.

In addition to the new decorations on McCulloch Boulevard, Lake Havasu City workers have put the old favorites back up in various places throughout town.

Sheehy said city crews start work in the beginning of November with the wreaths and lights on the London Bridge. The Christmas spirit then spreads to Wheeler Park and the official Lake Havasu City Christmas Tree, which was officially lit Sunday night. The city also puts up a large Christmas tree in Pima Wash every year.

“It just showcases the great holiday season that we have within our community,” Sheehy said.