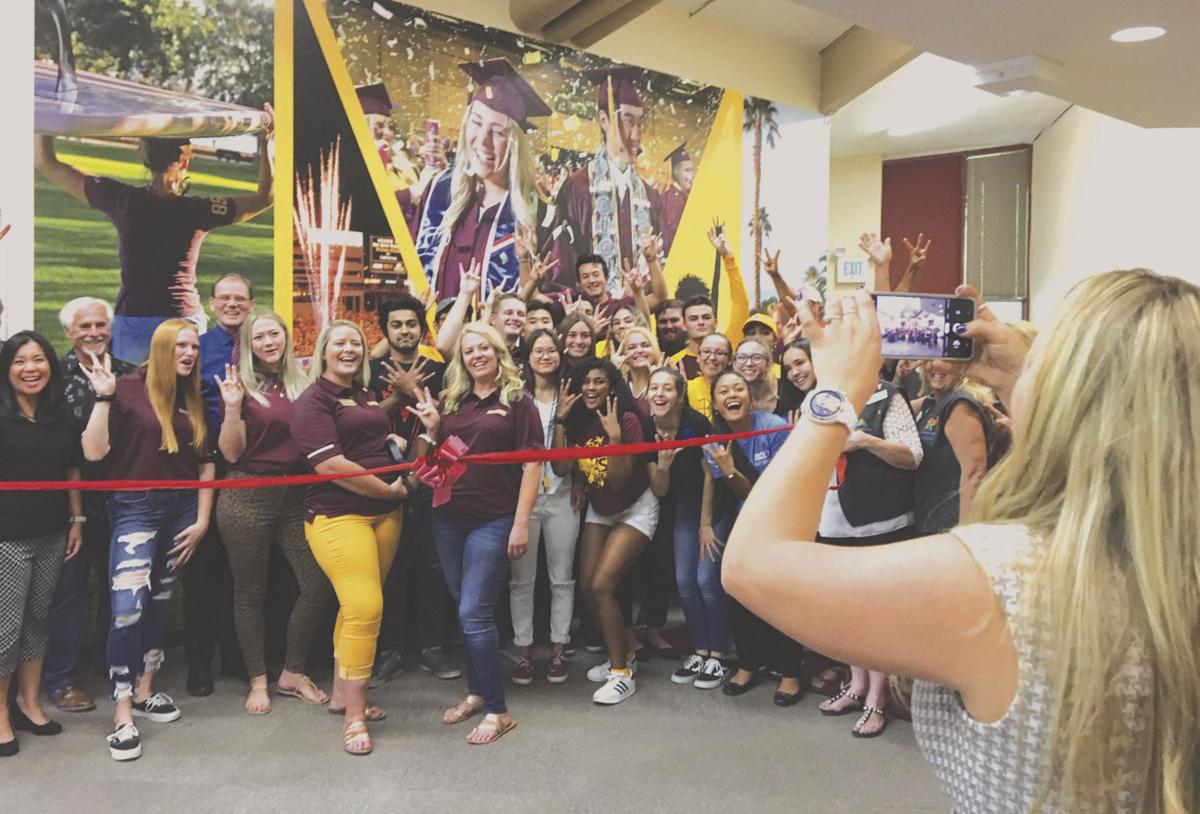 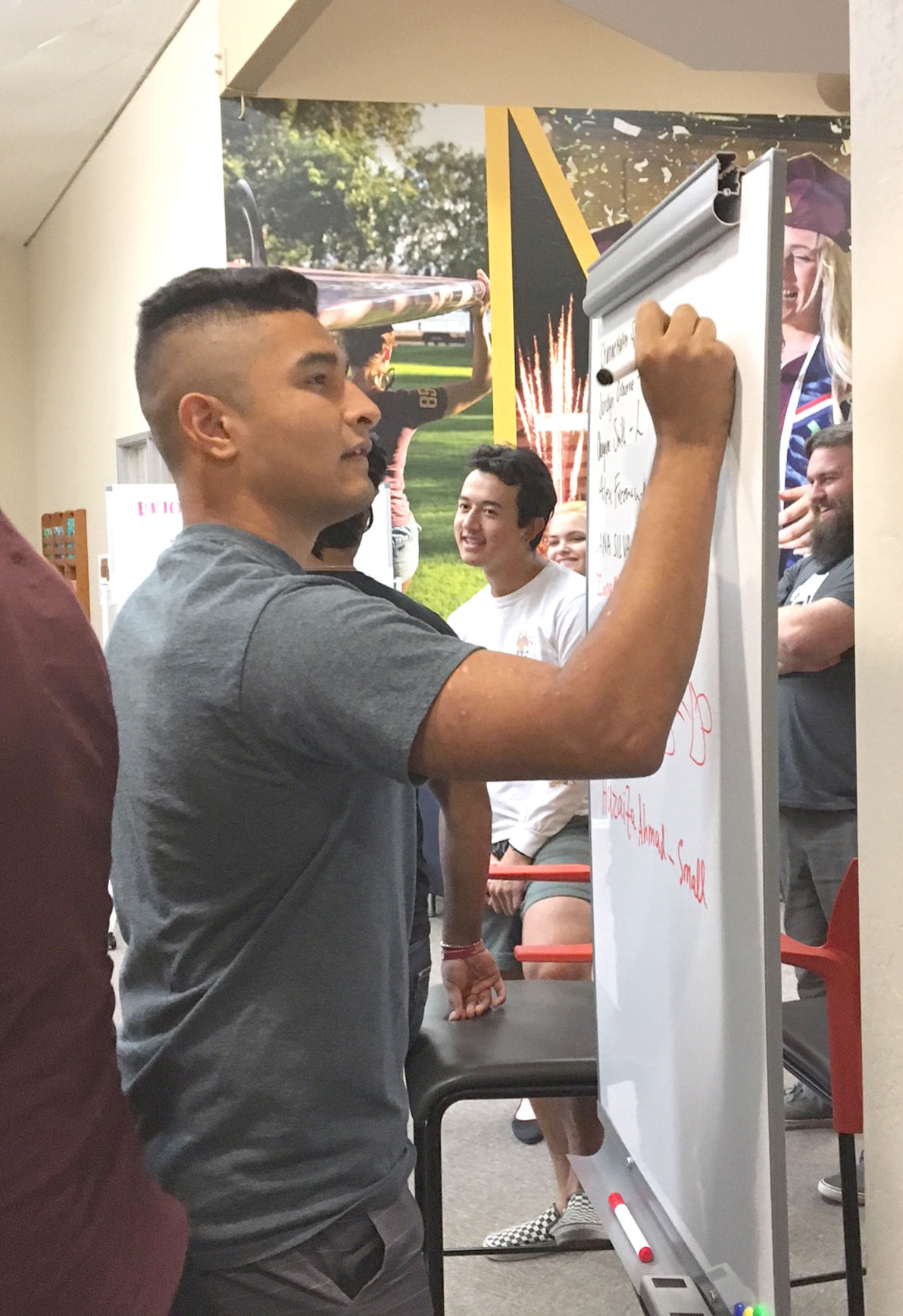 On Wednesday, several ASU students signed up to be community volunteers through the university’s Changemakers Club.

On Wednesday, several ASU students signed up to be community volunteers through the university’s Changemakers Club.

Volunteers can make or break an event or project. Having enough manpower to get the job done is often a stumbling block.

Those days are over in Lake Havasu City, at least during the academic year.

ASU Havasu has come up with the idea of a volunteer pool called the Changemakers Club. It made its official debut on Wednesday.

The students will run the club and are advised by Cristen Mann, an organizational leadership professor at the university. A Chamber of Commerce ribbon cutting at the group’s new office on Wednesday marked the official start of the Changemakers Club.

While the Changemakers Club is newly-minted, its members have already been working on a project with the city’s municipal leaders.

“The club is identifying groups and resources that can help others when the need arises,” Van Der Riet explained. “They’re gathering information on all of Havasu’s non-profits that provide food, veteran services and other sources of assistance. The goal is to create a standardized database anyone can use when they need to find services that are available in town. The students hope to have it operational and online by January.”

He said that future Changemakers Club members will maintain and sustain the database for the long term.

Club advisor Mann said that besides providing manpower for improvements projects, the students will also work on social innovation projects.

“Those would be things the students can do to as an outreach to improve the community,” she said. “We’ll take on big projects and maybe a lot of small projects.”

Mann is enthusiastic about the club’s future.

“This generation loves volunteering,” she said.

ASU senior Brittany Bennett of Phoenix is excited about the possibilities.

“I like being part of the community and bringing in change for the better,” she said.