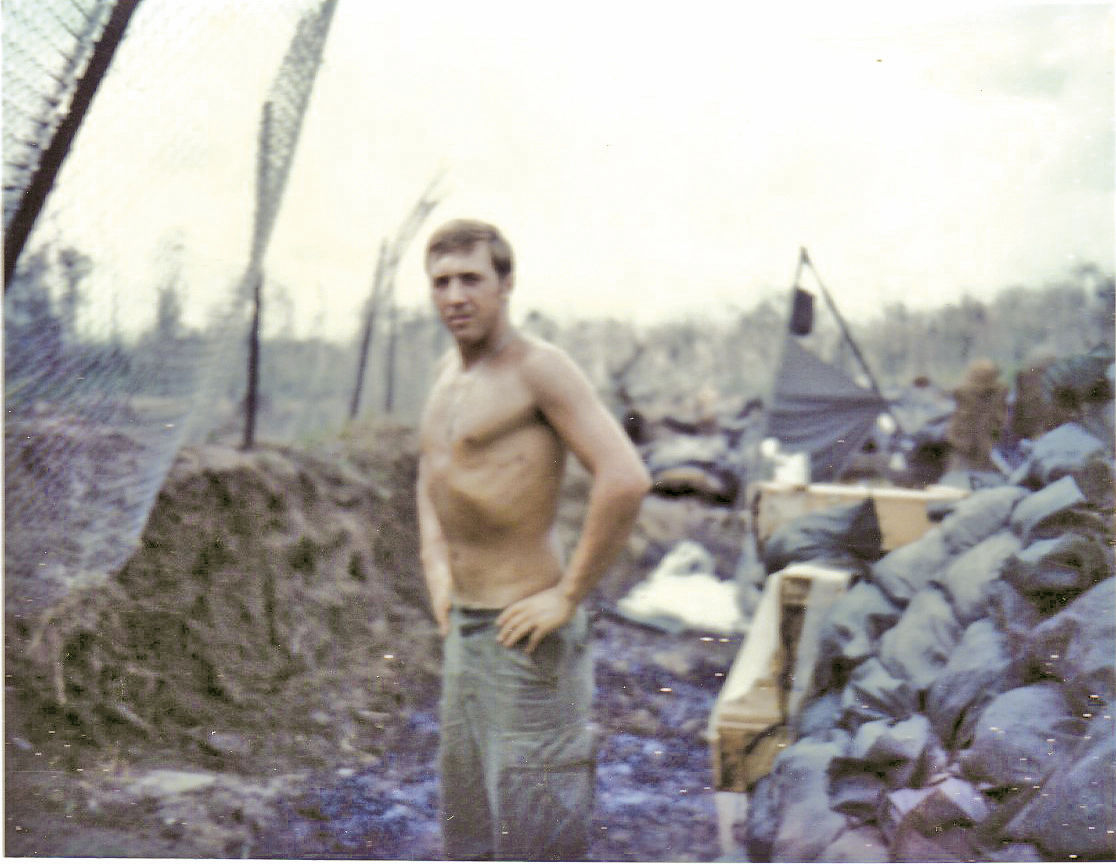 Mike Coughman served in the 1st and 5th Calvary near Quan Loi in Vietnam. 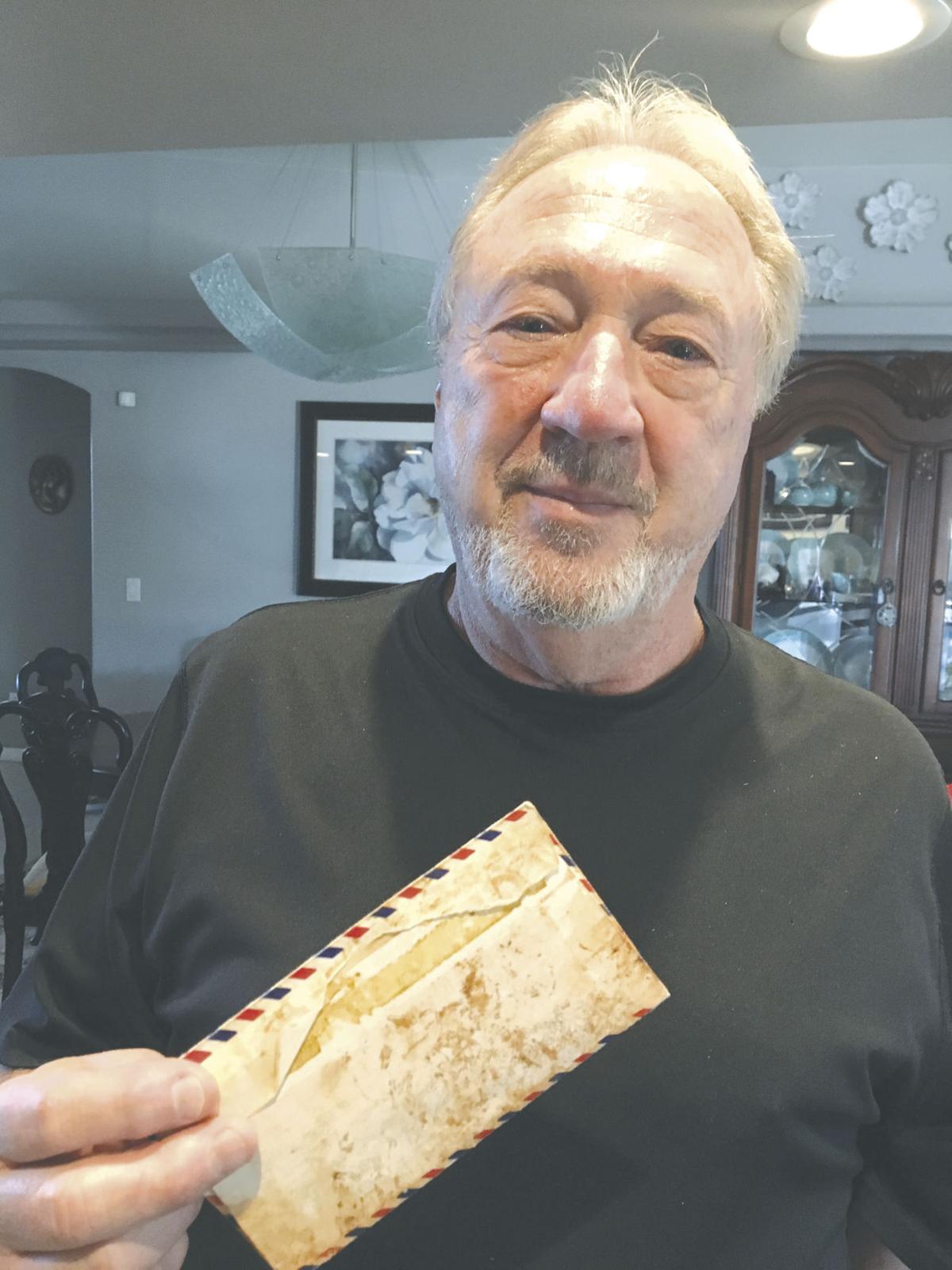 Most of Mike Coughman’s letters he sent home from Vietnam were stained with red mud streaks. Mike Coughman served in Vietnam 1969-1970. He earned a Bronze Star, an air medal and was rated an an expert with rifles, mortars, M-14s and .45s. 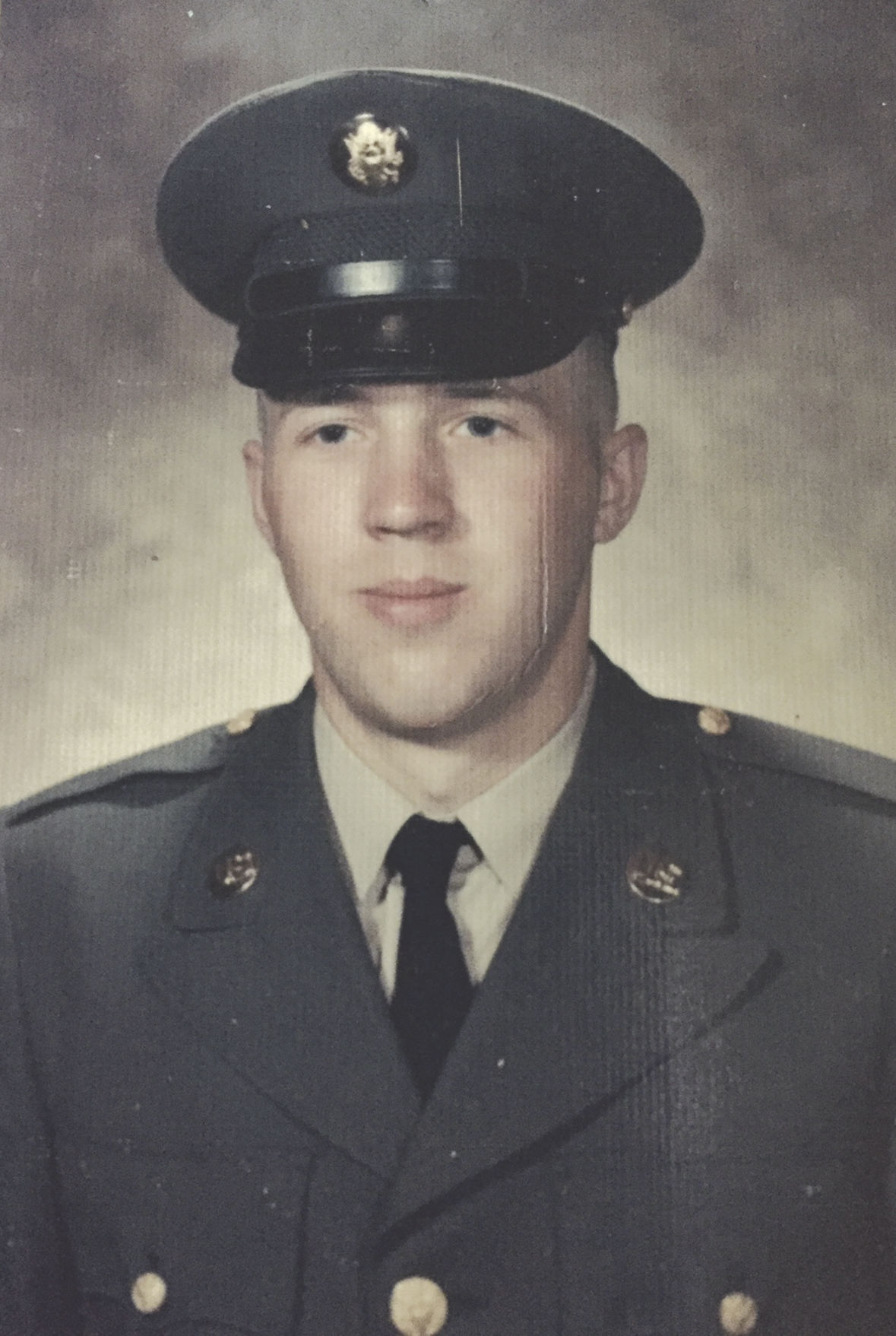 Mike Coughman served in the 1st and 5th Calvary near Quan Loi in Vietnam.

Most of Mike Coughman’s letters he sent home from Vietnam were stained with red mud streaks. Mike Coughman served in Vietnam 1969-1970. He earned a Bronze Star, an air medal and was rated an an expert with rifles, mortars, M-14s and .45s.

As the enemy creeps closer, Mike Coughman can’t move and he can’t find his gun. Sheer panic. It’s the same nightmare, over and over.

Coughman says his bad dreams aren’t as frequent now that there are 50 long years between him and Vietnam. But still, the nightmares come, unbidden.

Even as he talks candidly about his military service, Coughman chooses his words carefully. He very much wants to avoid coming across as “my time was tougher than your time” because he knows every Vietnam combat veteran has his own grisly set of wretched experiences.

Yet by an observer’s standards, he survived his fair share of hell. When it was over, when he returned home to the United States, he was hardly old enough to belly up to a bar and order a beer.

You’re in the Army now

Coughman was barely 19 in 1969 when he got a love letter from the United States government. He’d been drafted into the Army.

“My dad told me, ‘When Uncle Sam calls, you gotta go.’ Honestly, I thought my flat feet would keep me out, but they didn’t,” he said. “There was a saying, ‘If you could fog up a window with your breath, you were in.’ So off I went to basic training.”

“I remember the pilot coming on the intercom and saying, ‘We’re now approaching the Republic of Vietnam.’ We all looked around at each other, kind of scared. It was like, ‘Oh, boy, here we go.’”

When Coughman’s boots hit the ground, the humidity of Vietnam slapped him like a wet, hot towel.

“As we got off the jet, there was another group of soldiers lined up facing us, waiting to board the plane. They were going home,” he said.

He was struck by the vacant look in their eyes. Others seem so weary. And some of the departing soldiers wouldn’t even make eye contact.

“Their faces were like shoe leather. They looked so tired and worn out,” Coughman said.

He would soon find out why.

Serving in the 1st and 5th Calvary near Quan Loi, the young private from Portland was in for a rude awakening. He lived, slept and ate in the sultry, inhospitable jungle for the next 12 months. Danger was the only constant.

“I flew in over 25 combat missions,” Coughman said. “They would fly us out to the jungle, drop us off and we’d dig in.”

At each new location, the soldiers would set up a perimeter and shoot anything that tried to penetrate the boundary. The artillery flew both ways.

“When I wasn’t on patrol, I slept on the ground under the stars. One night I woke up and there was a rat on my chest. The mosquitos were awful. I’d wear an old pair of socks on my hands at night to keep the bugs off. I never had a hot shower. But I took my malaria pill every day.”

On his first night in the jungle, Coughman’s buddy got hit and lost both legs. Three minutes later, the Viet Cong killed seven more men in his outfit.

“Boy, I’ll tell you, I woke up right then. These guys are in pieces and later, we had to load them on a helicopter. That’s when I looked up at the sky and said, ‘God, what is going on here? I’ve got 364 more days to go!’”

Most of the soldiers were teenagers like him. When they did have down time, the talk to turned to home, loved ones and future plans. On one such occasion, Coughman’s friend explained that his family had a large potato farm in Idaho. His buddy had been promised 25 acres so he could start his own farm. His family was building a house where he and his new wife would live.

“He was so excited, and I was excited for him. He stood up to walk away and got shot in the head. His potato farm dream was gone in an instant. He was dead, just like that,” Coughman said, snapping his fingers.

Seated at the breakfast bar in his spacious south side home in Lake Havasu City, Coughman sorted through some of his mementos from his stint in Vietnam. Photographs, a reel-to-reel tape of music from the late 1960s, letters, discharge papers and other ephemera were scattered across the granite bar.

He produced a letter he’d written to his mother. The address was legible, but the white envelope was smeared with red streaks.

“I really never got clean in the jungle,” he said. “Mud would get on most of the letters I sent home.”

Red-streaked letters were the tip of the iceberg. The red dirt of the Mekong delta areas was infamous among the soldiers. The fine sand penetrated everything, leaving bits of red color everywhere.

After his service, Coughman returned to Oregon and spent the next 38 years doing commercial work as a cement mason and foreman in Portland. He and his wife Julie retired to Havasu in 2013. They continue to spend summers on the Oregon coast.

Their life is peaceful, comfortable and easy-going, filled with family and a wide circle of dear friends. Coughman said it took him a long time to reach this calm plateau.

“I was really angry for many years,” he said. “I was tough and would just go berserk sometimes. I had a hair-trigger temper, got divorced a couple of times and had rough years. Going to Vietnam was a helluva way to grow up.”

Maturity, time and distance from Vietnam have dulled his sharp edges, he said.

“I’m mellowed out now. I was lucky to come back. The rugged place where I was in Vietnam saw some of the most intense fighting as anywhere during the war. So I’ve tried to live a good life. I owed it to the guys who didn’t get to come back.”

A huge THANK YOU to all the veterans today. Thanks for fighting for our freedom. Also, thanks for not having bone spurs.

I would like to wish all veterans a happy Veterans day. At that time in VN many believed in what we were doing, but now wonder why.

Many of us, too many, share those memories. Dry socks were a valuable thing. Fearing death each and every day, watching buddies gone in a flash, another hill to take. Why?

Arizona lawmakers want to take another look at how the state is testing its students.