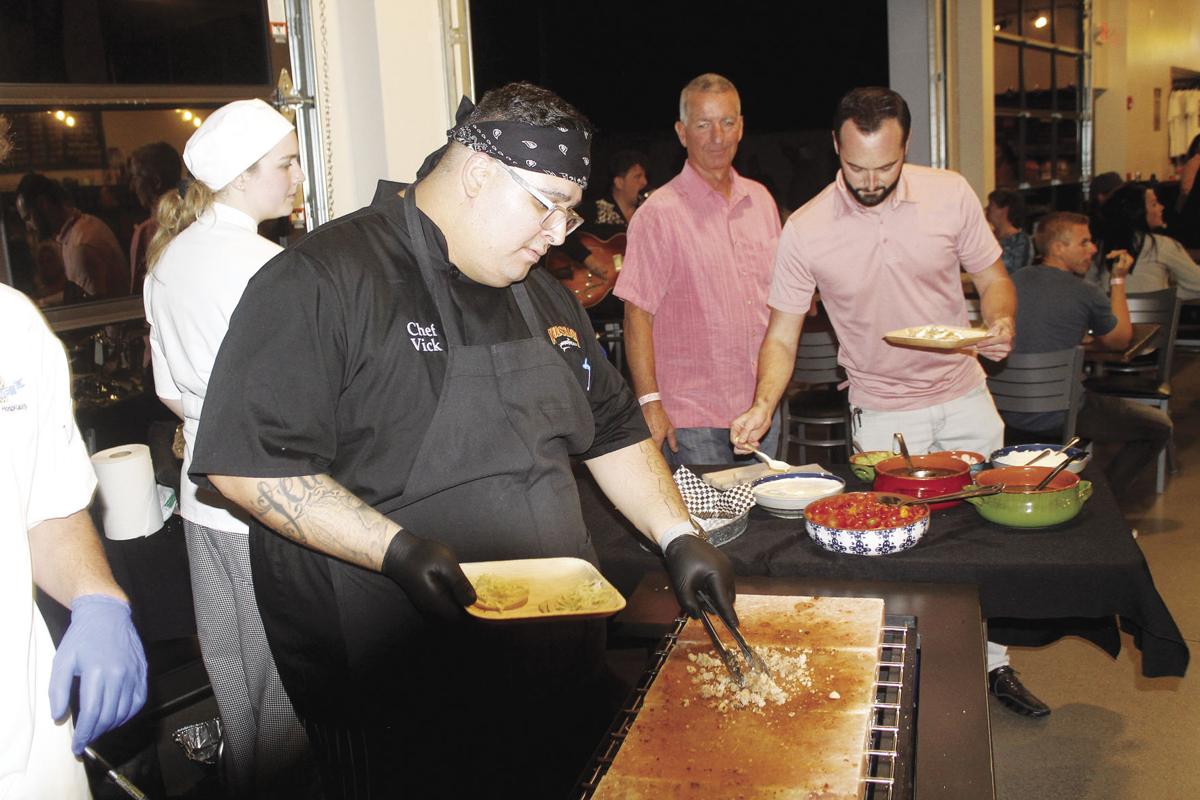 Victor Martinez cooks up some Mako shark on a slab of salt plates at the “Mako your taco” station during last month’s The People’s Table event at Mudshark Public House. 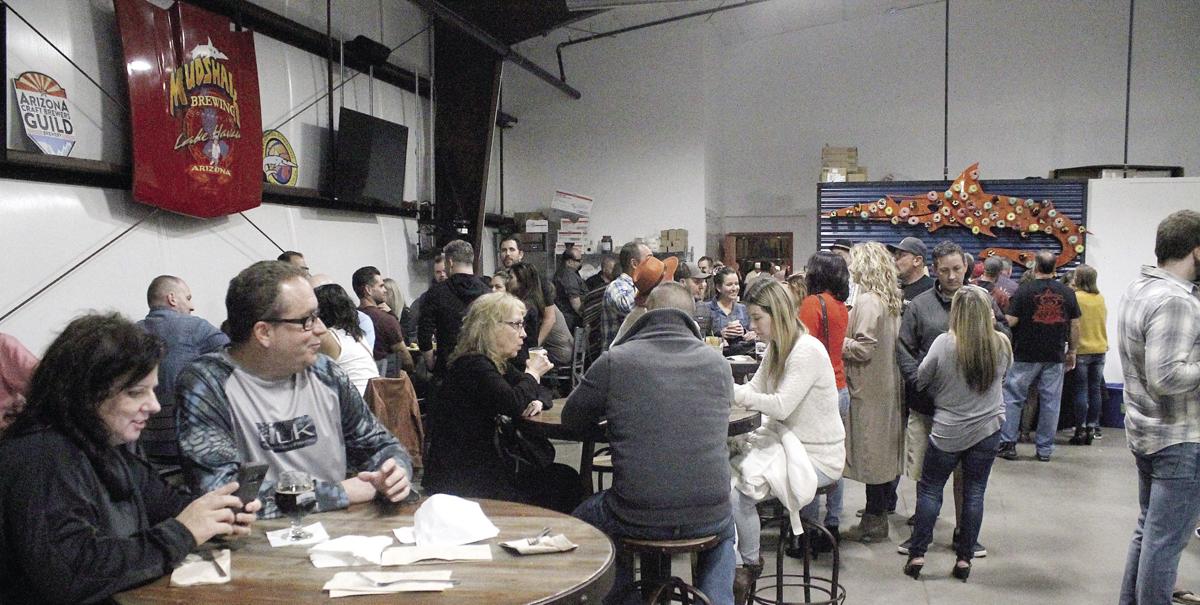 Visitors enjoy the food and beer during The People’s Table event last month.

Victor Martinez cooks up some Mako shark on a slab of salt plates at the “Mako your taco” station during last month’s The People’s Table event at Mudshark Public House.

Visitors enjoy the food and beer during The People’s Table event last month.

After spending 12 years working for Le Cordon Bleu as a certified chef and Instructor, Ben Greoger became a corporate chief for Cisco Food Service five years ago. That is how he came in contact with Mudshark. Co-owner Tina Stocking said Greoger worked on the menu and helped Mudshark open the Public House before deciding to come work for the microbrewery in September.

“He is working on bringing new concepts and bringing some culture to our restaurants,” Stocking said. “Havasu tends to be a little bit behind, or lagging to catch on to new trends. So we plan on trying to take the lead on that.”

Last month, Mudshark held its second cultural event since Greoger came on board, holding The People’s Table at the Public House. The People’s Table featured five stations with a different kind of food and its suggested beer pairing at each station.

“We are trying to educate our guests and just bringing more beer culture to Lake Havasu,” Stocking said.

Stocking said the event was designed as a bit of a larger version of The Chefs Table, which was held in October at Mudshark Brewery and Restaurant. Mudshark is planning to hold a similar beer pairing event every month at one of its locations, but no two pairings will be exactly alike.

There are limited tickets available for each event. Tickets cost $50 apiece, and include the five course meal, beer samples, tax and gratuity. For more information visit mudsharkbrewingcompany.com.

Mail scam: Letter might look official, but it’s not

At a recent company meeting, the Metro Tax staff expressed concern for their clien…

On social media, Robert Hyde portrayed himself as a man of influence and power — then notoriety struck

On surgical missions overseas, Philly team sees it all — including cats in the operating room