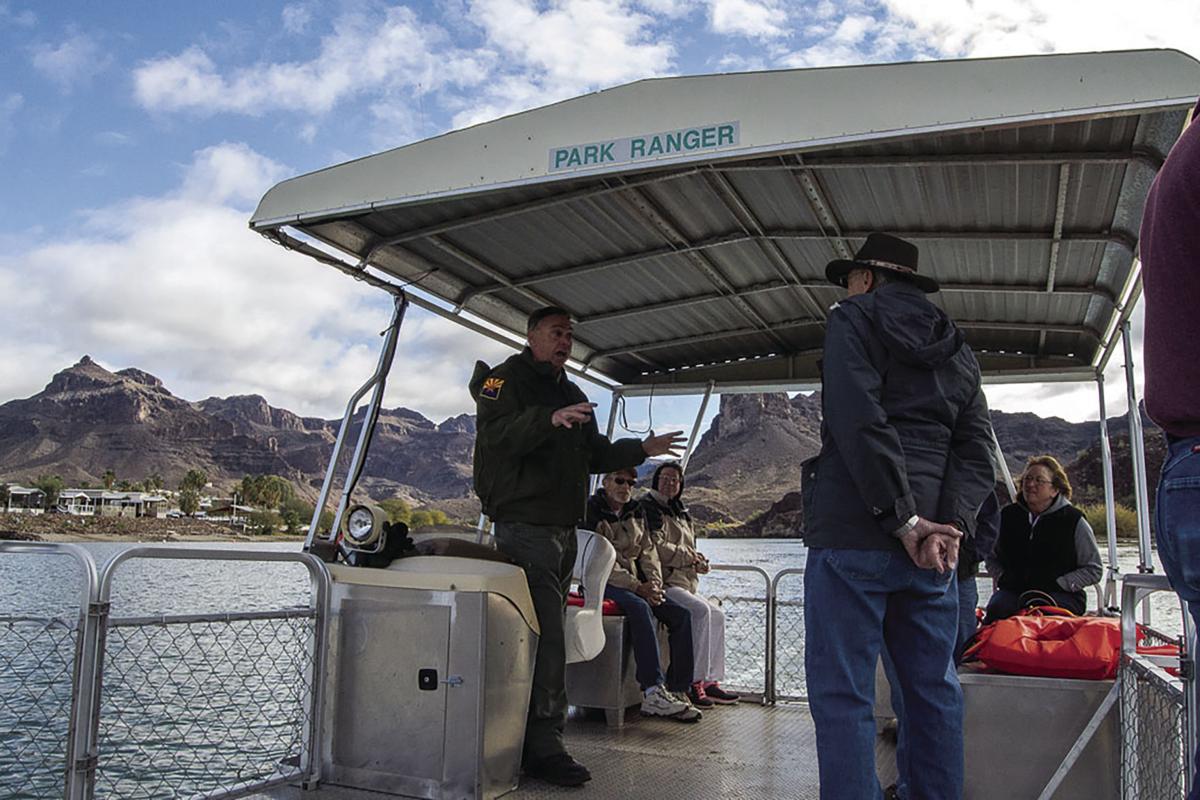 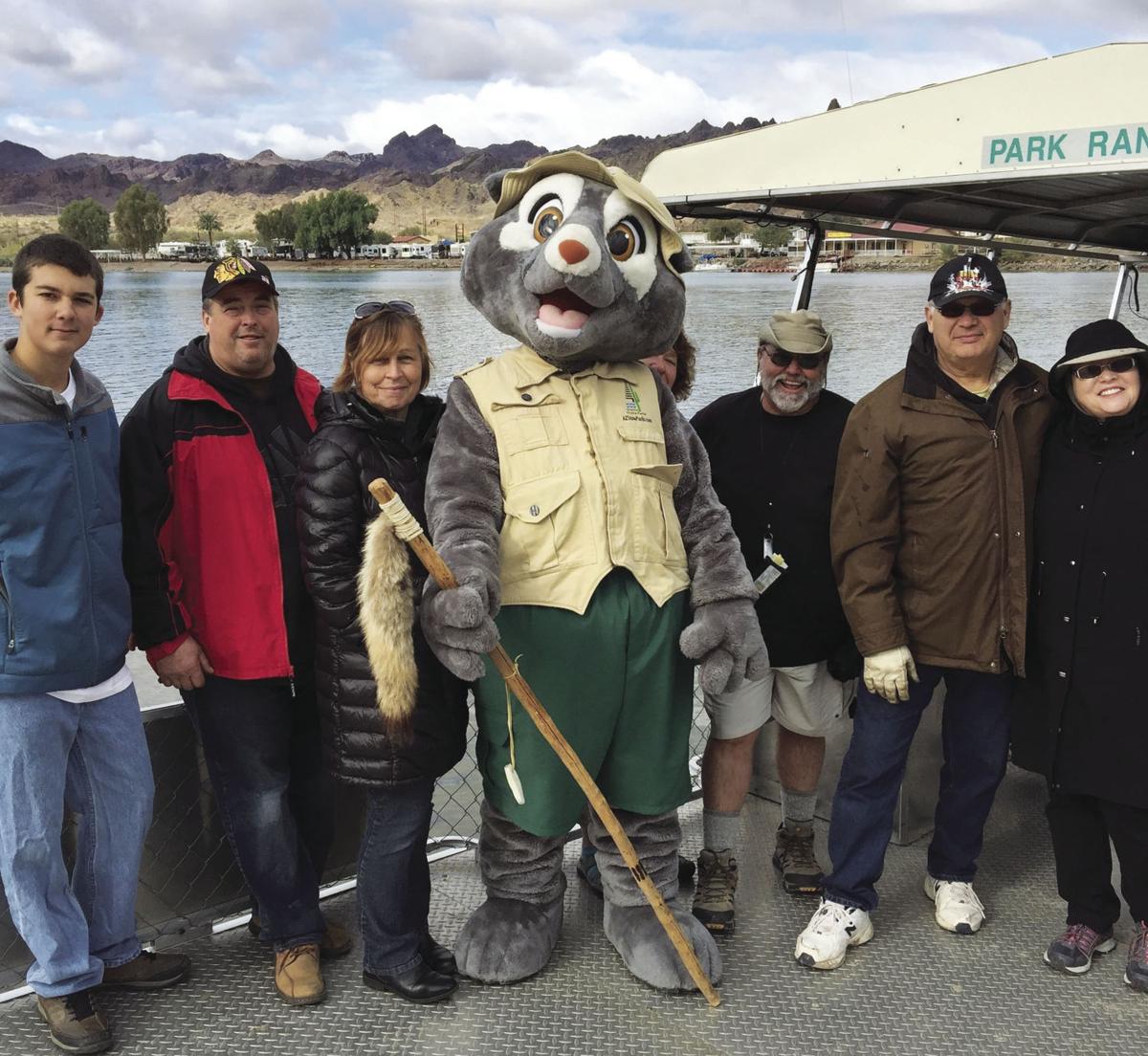 One Arizona state park that was set to participate in an annual event for state parks was forced to improvise after a night of showers muddied the park’s trail.

The rainy weather that began on New Year’s Eve caused staffers at Buckskin Mountain State Park to convert their guided hike, as a part of Arizona State Parks’ “First Day Hikes” celebration, into a series of pontoon boat tours toward Parker Dam throughout New Year’s day.

“I didn’t think it was in our best interest to bring folks up the trail because it can be slippery and dangerous in certain places with the water,” said Ronald Gayman, assistant manager at the park and pontoon boat operator. “So we’re going to try to make a couple of those folks, who were perhaps disappointed about the canceled hike, happy with the pontoon boat tours.”

The 45-minute boat tours were held each hour from 10 a.m. to 2 p.m. and were filled to maximum capacity of 12 people, including the same driver and volunteer each time. The boat traveled from Buckskin Mountain State Park, past River Island State Park, toward Parker Dam before turning around once the water level became too low.

“I’m going to run this thing until there is nobody here to go,” said Gayman through a chuckle.

Staffers originally planned for one pontoon boat tour around noon after a two-hour hike – led by Arizona State Parks mascot Rocky Ringtail and other park rangers – along Buckskin Mountain and across a pedestrian overpass that sits above Highway 95.

The hike and boat tour were organized as a part of a statewide “First Day Hikes” celebration to kick-off Arizona State Parks’ 60th anniversary.

“We had a great response, we advertised for it this year and since we added the pontoon tour our phones were just ringing off the hook,” said Park Ranger Cindy McGregor. “Our hike is available all year long and we might even start adding a boat ride occasionally as the weather gets nicer but that’s something we’re going to experiment with.”

Additionally, in honor of the celebration, Alamo Lake State Park planned a 9 a.m. hike, in which six people participated, and then a 1 p.m. hike, in which no one participated, said Patty Cecil, a volunteer at the park. Cattail Cove State Park hosted around 30 people for a 10 a.m. hike and six participants for their 1 p.m. walk and the Lake Havasu State Park hosted 12 people during their 9 a.m. hike and seven people during their cactus garden tour.

Another event is being canceled in Lake Havasu City.