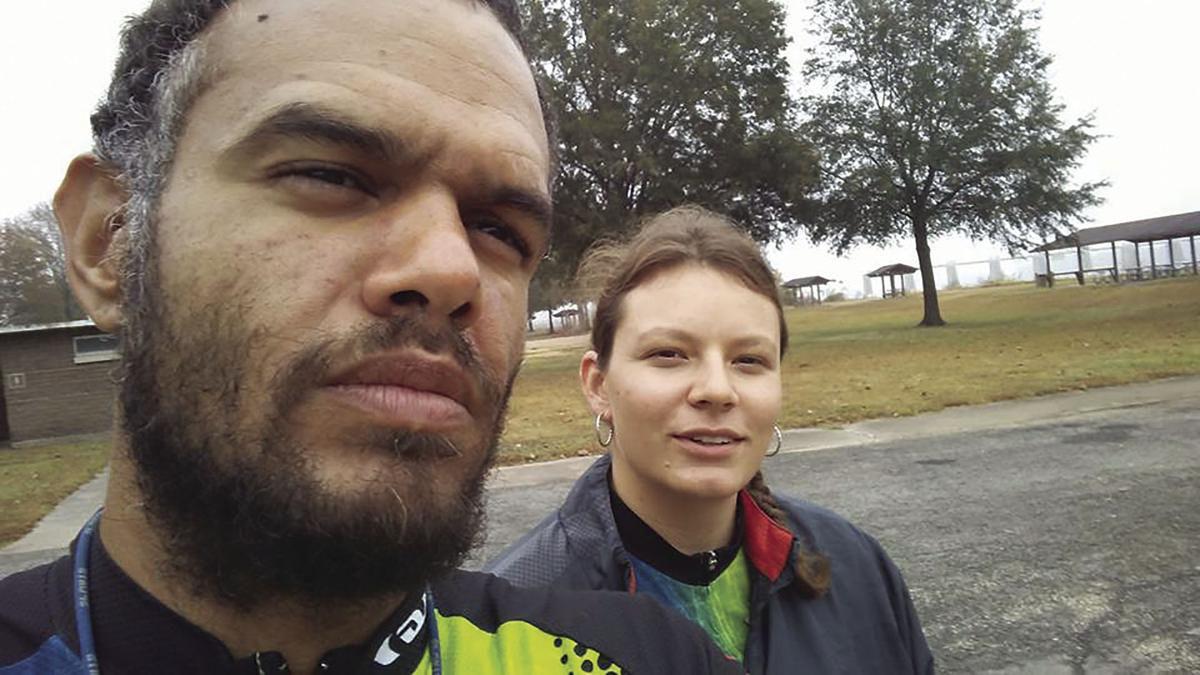 Lake Havasu City artists Brian Mitchell and Katarina Auer on their cross-country bicycle trek. After almost three years and 6,000 miles, Mitchell and Auer are credited artists in a new independent film about the coronavirus pandemic. 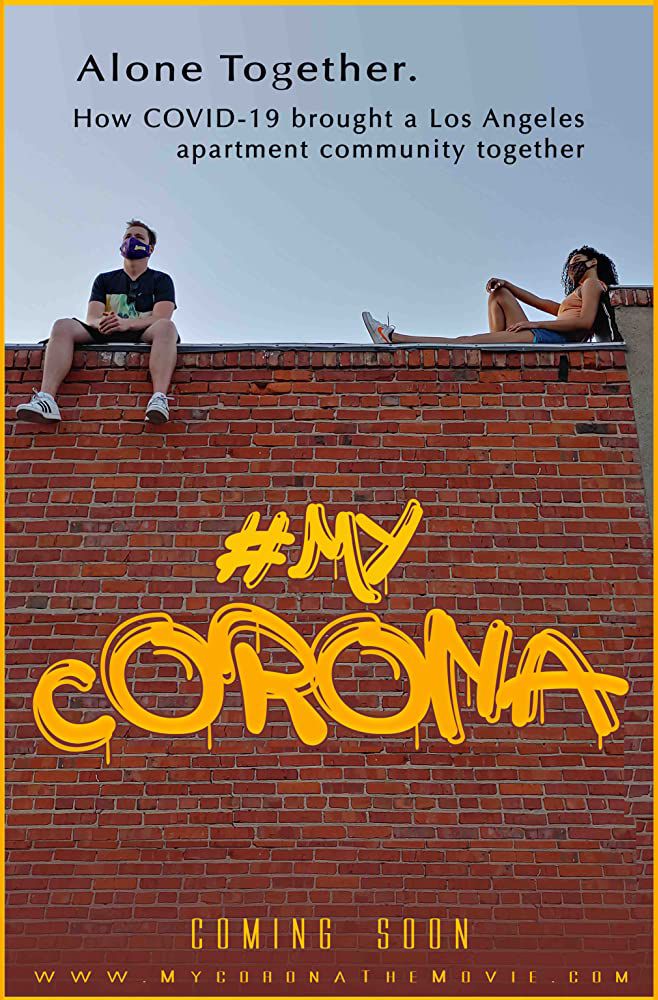 Lake Havasu City artists Brian Mitchell and Katarina Auer on their cross-country bicycle trek. After almost three years and 6,000 miles, Mitchell and Auer are credited artists in a new independent film about the coronavirus pandemic.

Almost three years ago, two Lake Havasu City bicycle enthusiasts set off on a ride across the country. Now they’re part of a new feature film as they continue their big adventure.

After about 6,000 miles of travel across the U.S., Katarina Auer and Brian Mitchell postponed their long-awaited return to Havasu due to both the coronavirus pandemic as well as a knee injury sustained by Auer in Nebraska. While in Nebraska, they worked with the Silicon Prairie Center in Ravenna. The Center’s founder, Kirk Zeller, was also one of the film’s producers.

The film is #MyCorona, an independent feature about a Los Angeles couple set during the onset of this year’s coronavirus pandemic. Directed entirely via Facetime, the film was produced with one or two actors on set at a time, with cast and crew wearing protective face masks and following social distancing measures at all times. Havasu artists Auer and Mitchell contributed to the film through their experience in physical and digital media.

“Our skills were tested through the pressure-filled filming of the socially distanced love story,” Auer said. “Brian and I were personal assistants to (Zeller). We designed and built sets, designed graphics and art for the movie, saved and created proxies of film footage for editing, filmed behind-the-scenes footage and interviews, covered hospitality and craft services for the cast and crew, ran as clean-up and disinfectant crew, facilitated grounds keeping needs and more.”

Auer and Mitchell are the co-owners of Havasu art and design business, The Lavender Llama. The two set out from Havasu on their bicycles Aug. 9, 2017, on a journey to expand their perspectives and absorb cultural differences throughout the U.S. They’ve engaged in volunteer opportunities and community activism in dozens of cities and towns during their journey. It was in Oregon that their plans to return to Havasu went awry.

“We had plans to glide down the coast on Highway 1 back to Havasu,” Auer said. “And then the state of the world shifted. Travel bans were put in place, masks are necessary and the social structure changed. Humans are pretty good at adapting and this circumstance proved that true. #MyCorona became a new outlet for our mutual passions: Art and helping others.”

Auer and Mitchell initially planned to return to Havasu in January 2019. After a series of unforeseeable setbacks, however, Auer has learned not to make such predictions.

“Being self-sufficient while traveling on a bicycle is so sporadic and spontaneous,” Auer said. “The planning can and will change faster than the time it takes to change a flat tire. We will be in Lake Havasu as soon as possible.”

MESA, Ariz. (AP) — Police in the Phoenix suburb of Mesa said on Saturday that seve…

As the coronavirus continues to show signs of slowing in the region, Mohave Commun…

You can find her amid sparks and welding equipment, working on her latest masterpi…