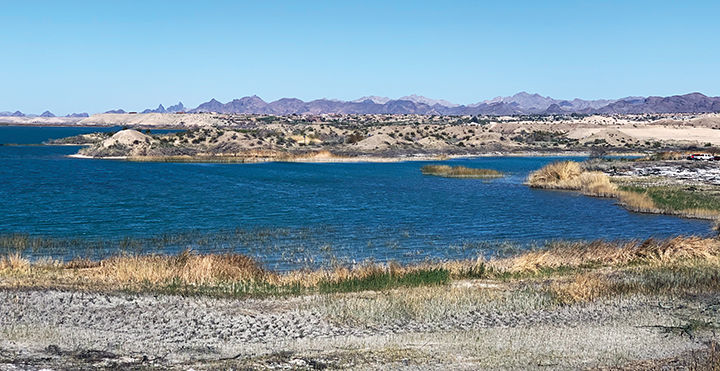 Mesquite Bay is one area that homeless individuals have been known to camp. 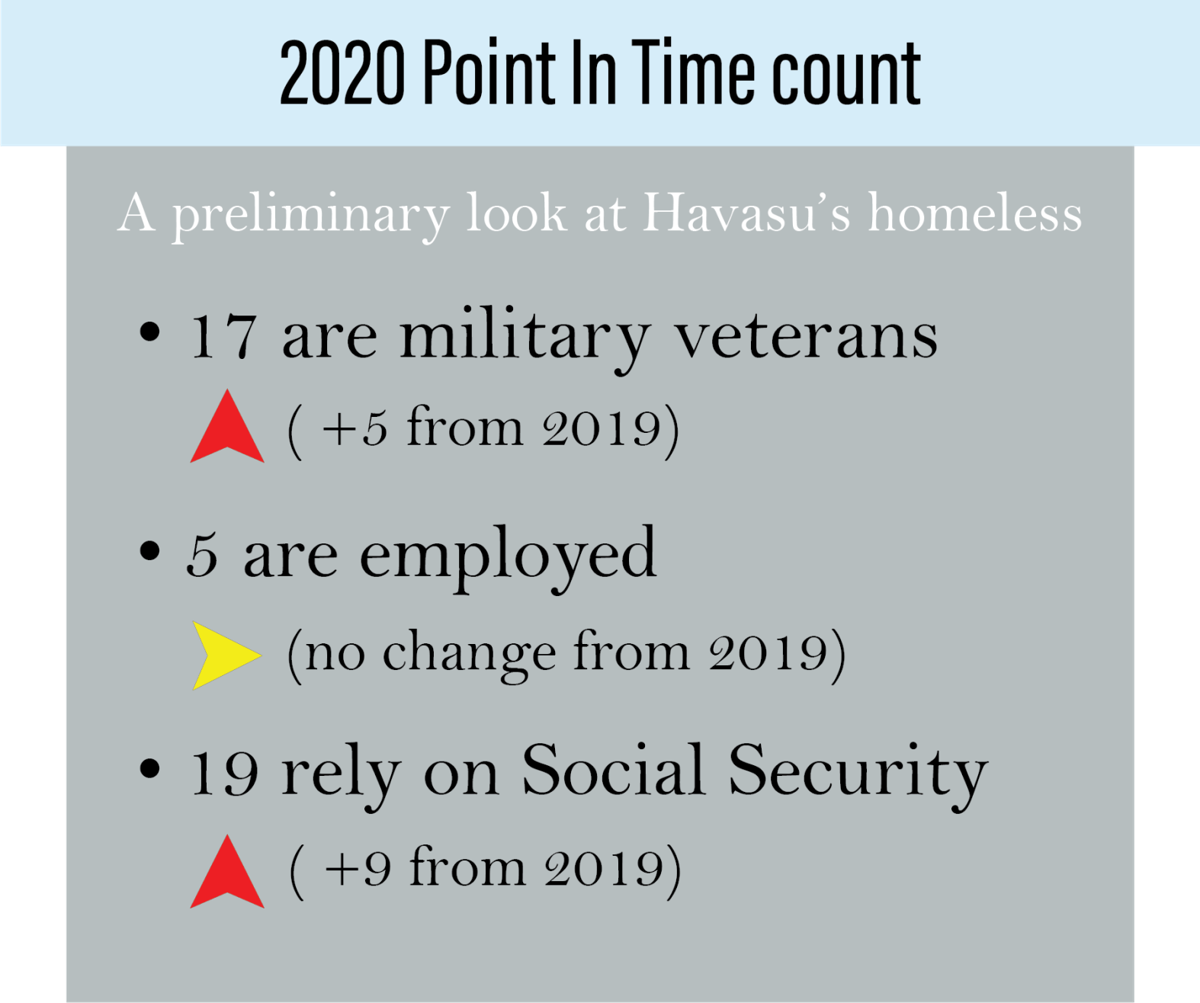 Mesquite Bay is one area that homeless individuals have been known to camp.

At the end of January, 38 volunteers were deployed to comb the streets, visit hospitals and food banks, and traverse the desert throughout Mohave County with a mission — to put a number on the homeless population.

This year, the numbers are down — except in Lake Havasu City.

Mohave County Continuum of Care’s Chanania Covington led this year’s Point In Time (PIT) count for Bullhead City, Kingman and Lake Havasu City. The annual count is intended to “provide a snapshot of people experiencing homelessness in our communities” from Jan. 22 to Jan. 27, according to the Arizona Department of Housing.

Although the official data won’t be released by the state until later this year, the preliminary numbers are in — and according to Covington, they’re hopeful.

“Last year, there were 208 unsheltered people counted in Mohave County,” Covington said. “This year, we counted 158.”

The homeless veteran population also has decreased for the county. According to Covington, that’s thanks to a lot of efforts that have been put into bringing those numbers down.

But Havasu is a different story.

“In Lake Havasu City, we actually saw a considerable increase,” Covington said. In 2019, the homeless population in Havasu was 40. This year, 55 were counted.

Covington said that’s largely due to a more expensive housing market and a lack of shelters. But City Manager Jess Knudson noted that there are efforts being made in Havasu.

“The city works with social service organizations in the community, through the Community Resource Coalition and otherwise, to bring their services to those in need,” Knudson said.

He also mentioned that while the PIT survey is likely the best way to survey the homeless population, the survey only occurs once a year — and those numbers can vary, based on when the count is conducted, people’s movement and weather, for example.

The Mohave County Continuum of Care also seems to have much lower participation during their meetings in Havasu in comparison to their time spent in Kingman or Bullhead City, according to Covington. But that is starting to change. With more participation, the county can focus on Havasu and work on solutions for the area.

More participation also meant more volunteers and supplies than ever this year. When the volunteers are busy canvassing the county, they hand out as many “incentive bags” as they can. They’re filled with items such as toothbrushes, razors and soap, donated by local community service providers, and this year, they gave out 180.

“In previous years, we could never hand out more than 100,” Covington said.

Juror issue to be reconsidered in case involving 6 killings