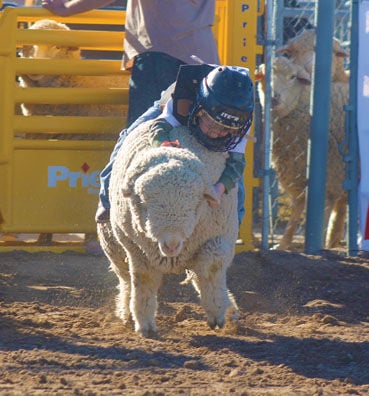 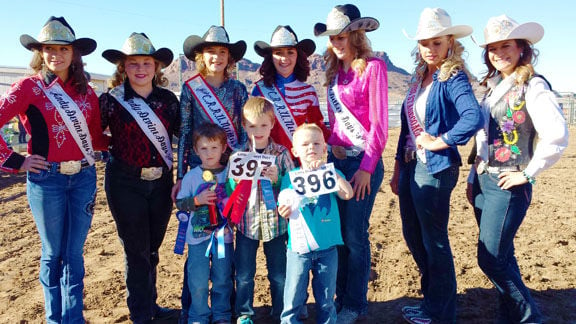 A sea of sheep couldn’t even stop Josh Bell from holding on to his fluffy steed on Sunday morning, when he took first place in the mutton bustin’ competition at the Little Delbert Days Rodeo.

Bell’s sheep ran straight for the flock of sheep that had gathered near the fence corner, and Bell rode it out until he was well into thick of the wool, before falling off.

“It was good,” Bell said on his win, but he said he was a bit nervous when he realized he was headed into the flock.

Bell has been mutton bustin’ since he was 3 years old, and next year he will make the switch to calf riding.

That's my boy, great job buddy I love u

A woman and her 3-year-old baby, as well as others nearby, were saved Thursday by …