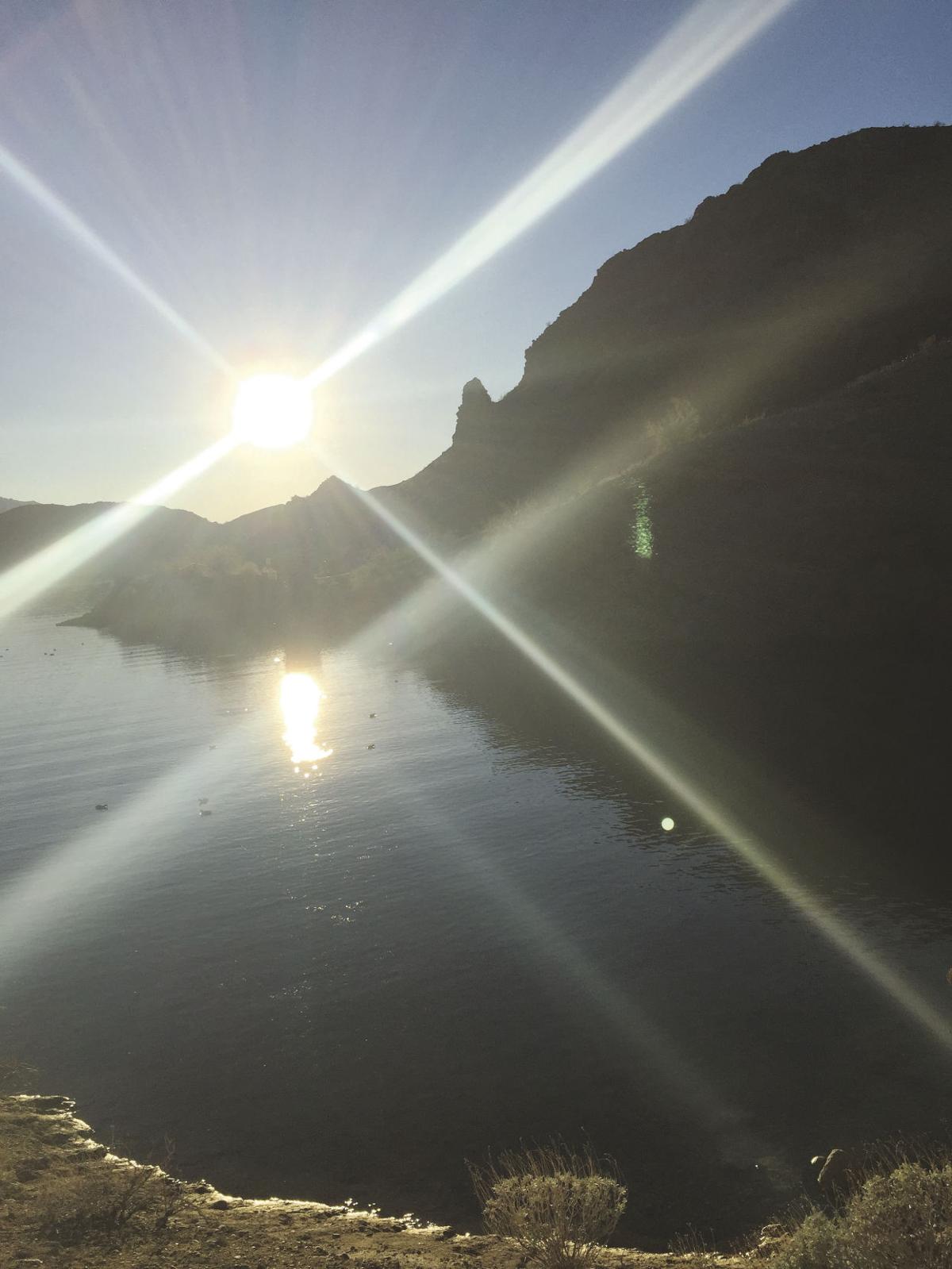 This photo of the sun over Lake Havasu was taken from Pilot Rock by photographer Craig Goodell. 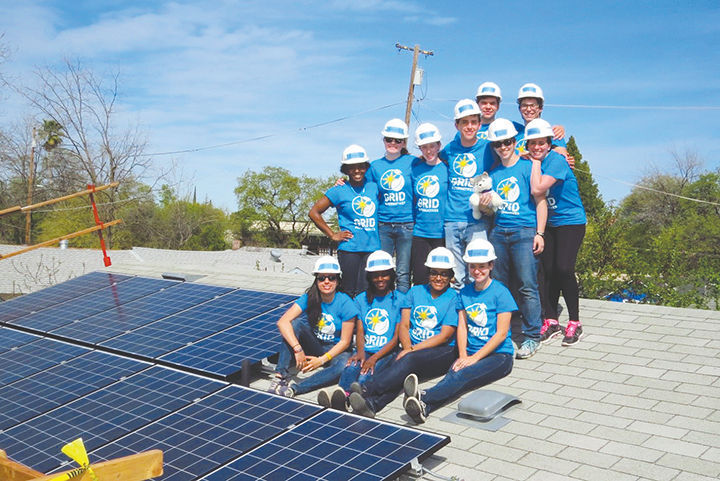 This photo of the sun over Lake Havasu was taken from Pilot Rock by photographer Craig Goodell.

The Grand Canyon State receives more sun than most other states, and both businesses and customers have sought to take advantage of this resource by expanding their renewable energy options.

There are more than 452 Arizona companies that cater to solar energy consumers, including manufacturers of solar panels, manufacturing facilities, contractors and installers, project developers, distributors and companies that engage in financing, engineering and legal support for the state’s solar companies. Seven of those companies reside in Lake Havasu City.

The company recently compiled the Solar Data Explorer, a web tool that allows customers to examine transaction-level data to find estimates and options for solar installation throughout the state. With funding from the U.S. Department of Energy, the company hopes to help owners compare costs as they shop for solar online.

According to a 2015 market analysis report by EnergySage, prices of a solar system continue to decline throughout the U.S., having fallen by 5 percent between 2014 and 2015. On average, it takes solar customers about 7.8 years to gain a savings equal to the cost of installation.

The threat of an increase in utility charges on UniSource’s solar network, however, has created a growing trend in the solar industry, Stifle says.

“We saw this coming years ago,” Stifle said. “We knew a lot of changes would be coming from (UniSource), and a lot of people are looking to store their own solar energy. We’ve started selling battery storage in conjunction with solar electricity.”

The installation of batteries within a solar panel system would allow homeowners to retain energy they don’t use and further decrease their utility bills.

According to Stifle, the need for efficient solar energy is growing in Arizona.

“People use two or three times the amount of electricity in Arizona as they do in California, because of the heat,” he said. “We need much larger systems in Arizona to cover our power bill.”

Consumers are shopping around, and many request quotes before ordering solar installation, EnergySage says. In 2015, 33 percent of solar shoppers who visited EnergySage’s website joined the site after having already received a quote.

Havasu resident Duane Moffit began installing solar panels at his home on Friday, and his system is on the verge of completion.

Moffit purchased a system that provides 10.5 kilowatts of solar energy for his home. The system’s installation, Moffit said, cost about $36,000 before rebates. Moffit said he will receive a 30 percent rebate from the federal government, with an extra $1,000 from the state of Arizona, reducing his gross installation costs to about $25,200.

“If you ask my wife, it was because of our electric bill,” Moffit said. “Our last bill was for $275. For me, it wasn’t about the price. It was about the environment. I want to leave a better planet for my kids.”

Solar energy costs are rarely cheap, but those costs are declining. The U.S. Department of Energy’s Office of Efficiency and Renewable Energy began a program known as the Sunshot Initiative in 2011, through which DOE has funded cooperative research, development, demonstration and deployment projects by private and public entities. The goal of Sunshot was to make solar panels cost-competitive within 10 years.

In 2010, solar utility costs throughout the U.S. averaged at about $3.80 per watt, according to DOE. As of 2015, the cost was $1.64 per watt. According to Data Explorer, however, Lake Havasu City residents paid an average cost of $3.21 per watt for residential rooftop systems in 2015.

Investments and increases the sophistication of solar cells, as well as enhancements to efficiency are expected to reduce the cost further toward DOE’s goal of $1 per watt by 2020.

Under Sunshot, DOE invested $500,000 into EnergySage in 2012, which was used to build the company’s original website. According to EnergySage CEO Vikram Aggarwal, his company is helping to reduce soft costs associated with solar energy installations by providing customer-based information.

Aggarwal says that Solar Data Explorer was launched last month, and has seen a surge in interest from homeowners, solar installers and industry stakeholders.

“There is very little publicly available data about the true costs and benefits of solar at a local level,” Aggarwal said. “We built the Data Explorer tool to help with this problem.”

According to the National Renewable Energy Laboratory, Sunshot’s success could create 290,000 new solar jobs nationwide by 2030, and save an estimated $400 billion in health and environmental benefits by 2050.

Aggarwal says that the Data Explorer is an industry first, as no other company has access to a comparable dataset.

For more information, readers can visit the company’s website or use the Solar Data Explorer at www.energysage.com/solar-panels/az.

Power to the people? Sure, but you might have to pay more for it

Mohave County electric customers can expect lower electric bills as the region’s summer heat begins to recede, but those bills may not fall qu…

I have solar power and will never go back. The whole city should be on the same! Just talking about sun power reminds me of an old John Wayne movie called, "Sunpower Kid". In the film tall and lanky 'Lucky Bolt' played by Wayne was preparing to leave St. Louis on his horse. His mom with tears in her eyes asked where the cowboy was going? "Headin' west to Arizonie. I'm gonna ride herd on some of that free solar power!" Of course we know the rest of the story. Utility zealots tried to stop him in the name of expensive natural gas produced electricity, yet in the end 'Lucky Bolt' won as always!

I would like to point out that the 30% rebate from the federal government and the $1,000 from the state comes from tax payers. It isn't free money.

The money keeps rolling in, nobody will ever ask why...or from whom it rolls...

Yup it sure does come from we the people. The only bad part about the Federal and State incentives is that it DOES come from the government. Our governments Federal and State skim X dollars off the top of every tax dollars we send them before it is ever returned to we the people. That is why so many investment firms are now investing in solar. Both rooftop home and business installation and solar power stations. It is a big money maker. If you have income taxes to pay - install solar and get the 30% tax credit. If you lease a solar system the solar company gets to keep the tax credits.

That is why I am so opposed to things like a tax on carbon or a carbon tax [just one element of the Democrat platform]. It is another tax on we the people and yes the government skims some dollars right off the top before any of the money ever gets returned to the people. Republicans are not much better. We were making good progress reducing certain types of pollution. The republicans might just reverse that whole trend.

Another government program. Some people call it Cap and Trade schemes and I call it "Trading Smoke". If you own a company which is a heavy polluter, you can buy pollution credits for the pollution your company creates. In that way you don't have to clean up the pollution you create you just keep on polluting. But it does cost you. The credits you buy will come from the government who provide INCENTIVES for people to install wind turbines and solar installations. In other words, you trade the smoke at your factor for some clean energy at some other location. And who benefits - why the government of course. They skim off tax dollars to run the government on every transaction. The who idea was for the government to return the money to the people to compensate them for the pollution they have to put up with.

Myidea, I'm with you in regards to the government spending. But you couldn't be more wrong when it comes to residential solar funding. The REC's (Renewable Energy Credits) ended about 2 years ago. The ONLY incentive now is an Income Tax Credit. That men's you're allowed to apply 30% of the purchase price s a deduction against taxes owed.it does NOT cost tax payers 1 thin dime. It's similar to your mortgage interest. You still pay the solar installer, but 30% qualifies for a tax rebate. If you don't pay the tax, you don't get the incentive. If you don't buy the solar, it costs you nothing. There are currently no tax dollars available to solar purchasers.

Piloting balloons is an ‘art’

Bryan Hill’s first flight in a hot air balloon got him hooked.