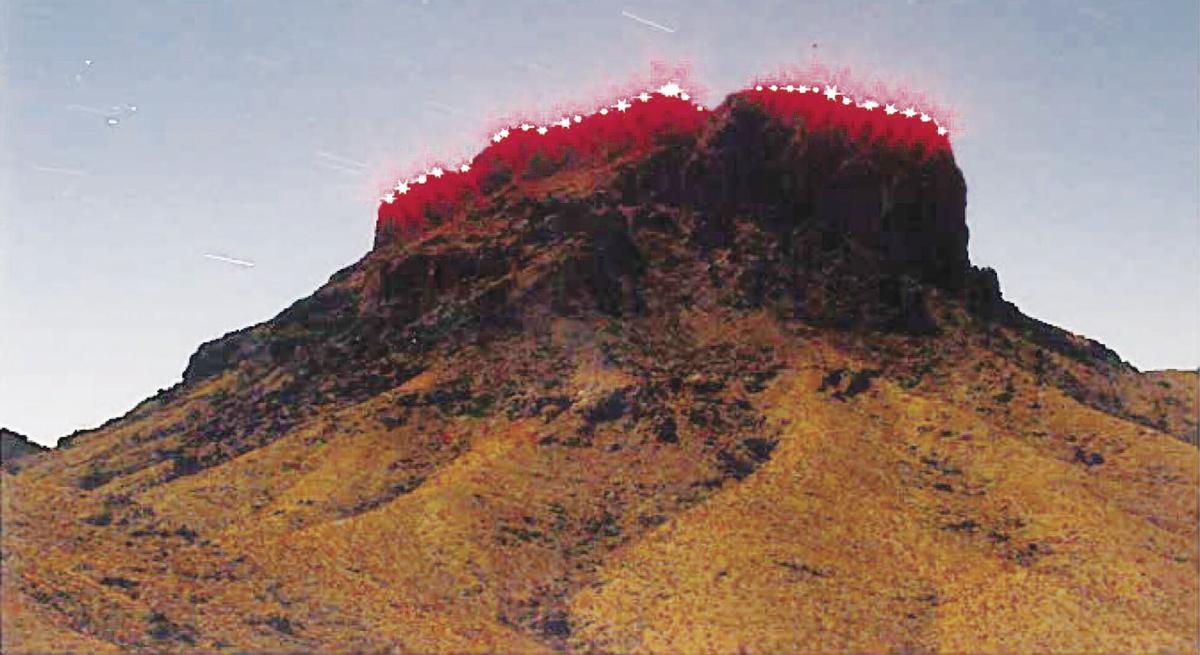 Cupcake Mountain hasn’t been lit up since 2011. 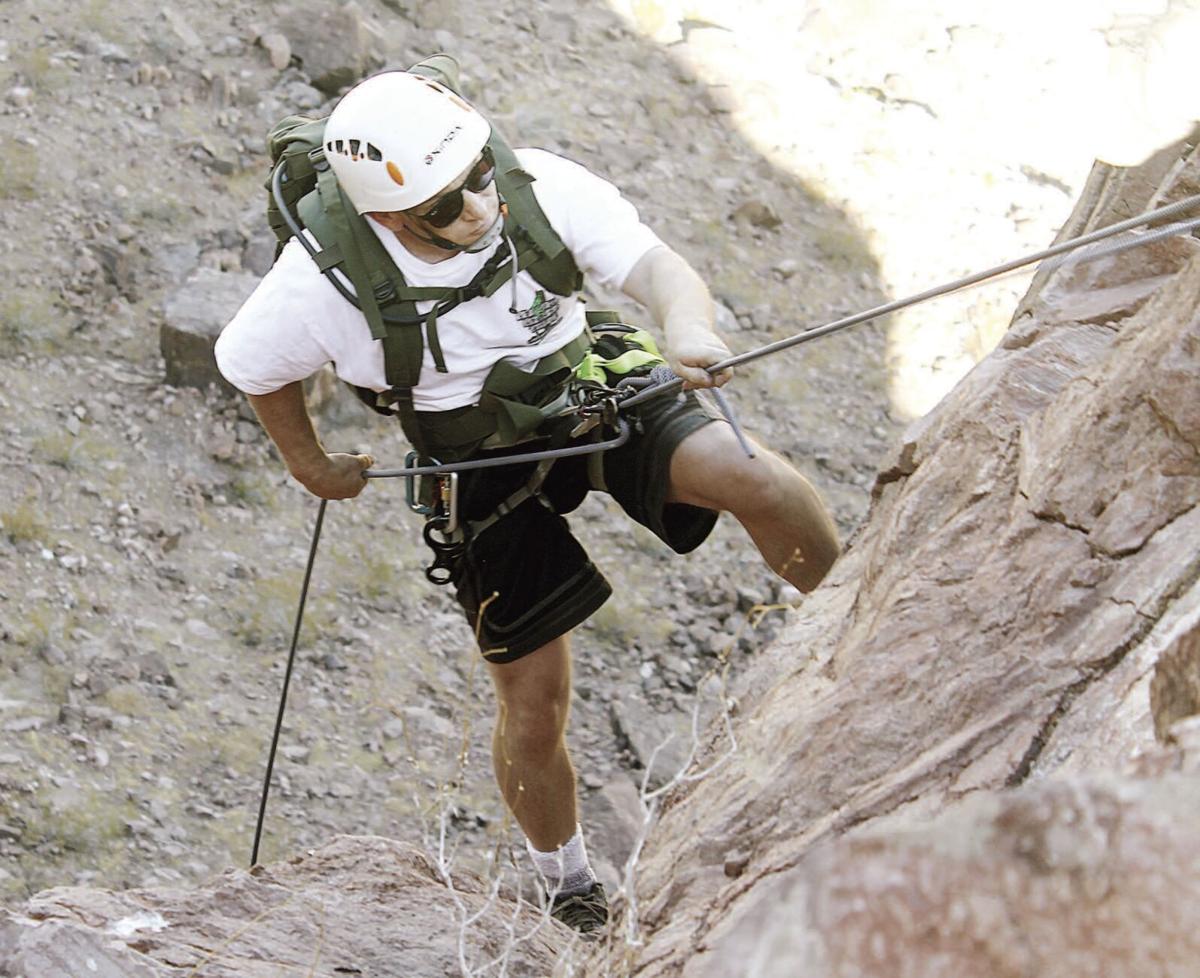 Joe Cooper makes his way down a cliff at in SARA Park on an outing with several of the Leaping Lizards.

Cupcake Mountain hasn’t been lit up since 2011.

Joe Cooper makes his way down a cliff at in SARA Park on an outing with several of the Leaping Lizards.

The Leaping Lizards will illuminate the night sky once again in Lake Havasu City.

Just 35 years after the first lighting and 10 years after the last, the Leaping Lizard Tribe will make the three hour trek up to Cupcake Mountain on Oct. 30 and light up the night sky with 300 road flares placed across the mountain.

According to one of founding members of the Leaping Lizards Tribe, Tim O’Connor, the group decided to once again light up the mountain during a group camping trip to Yosemite.

“For all the ugly crap that is going on in this world right now it is nice to have something pretty to look at,” O’Connor said about making the decision. “It does have quite the impact on people.”

The tradition of lighting up Cupcake Mountain started in 1986 — and also by accident. O’Connor and his friends decided to hike to the mountain and as a way to let loved ones know they arrived safely the group lit flares. It wasn’t until the hikers returned the next morning that they realized just how many people saw their signal.

However the tradition came to an end in 2011 due to an increase in the number of people going to the mountain and littering.

Along with bringing some light to a dim world, the Leaping Lizards are also lighting up Cupcake Mountain to celebrate the London Bridge’s 50th anniversary in Lake Havasu. However O’Connor is going to be thinking of something other than British granite when the flares light up.

Jerry Hostetter, a Tribe member since the early 1990s, died Memorial Day weekend this year, O’Connor says, and the first flare that will be lit on Oct. 30 will be the flare group members found when they were cleaning Hostetter’s house.

“So we are going to light that one at 8:30 p.m. then will light a few more after that and will keep that fire in the middle going from his flame till about nine, then it’ll spread” O’Connor said. “So the whole thing will start from his flare.”

Along with celebrating Hostetter’s memory, the group will also honor Tribe member Amy Lasalle, who also died this year.

“Along the lines of the way people look at (lighting the mountain) it is the London Bridge’s birthday cake, well if your birthday is the same day then it’s your cake too,” O’Connor said. “If you want it to be a celebration of life for someone, there it is. It is anything you want.”

O’Connor says he isn’t sure if the lighting of Cupcake Mountain will become a yearly tradition again. Given that Oct. 30 will be his 50th time up the mountain, O’Connor says it might be time to pass the torch — or flare— to the next generation.

What a fantastic show of love for your lost comrades and for our city. Thank you.

I think we can all finally agree on something...this is awesome. Thank you Leaping Lizards.

Great job Tim glad to see your doing it one more time !

I have missed this event! Good to see the Lizards are back!