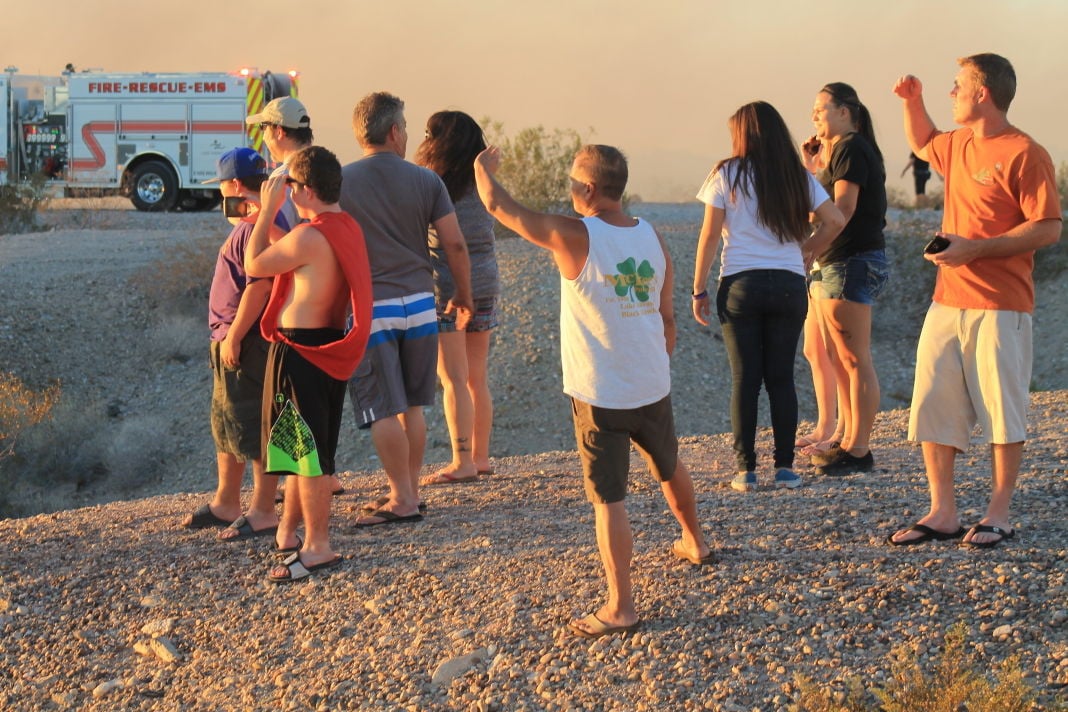 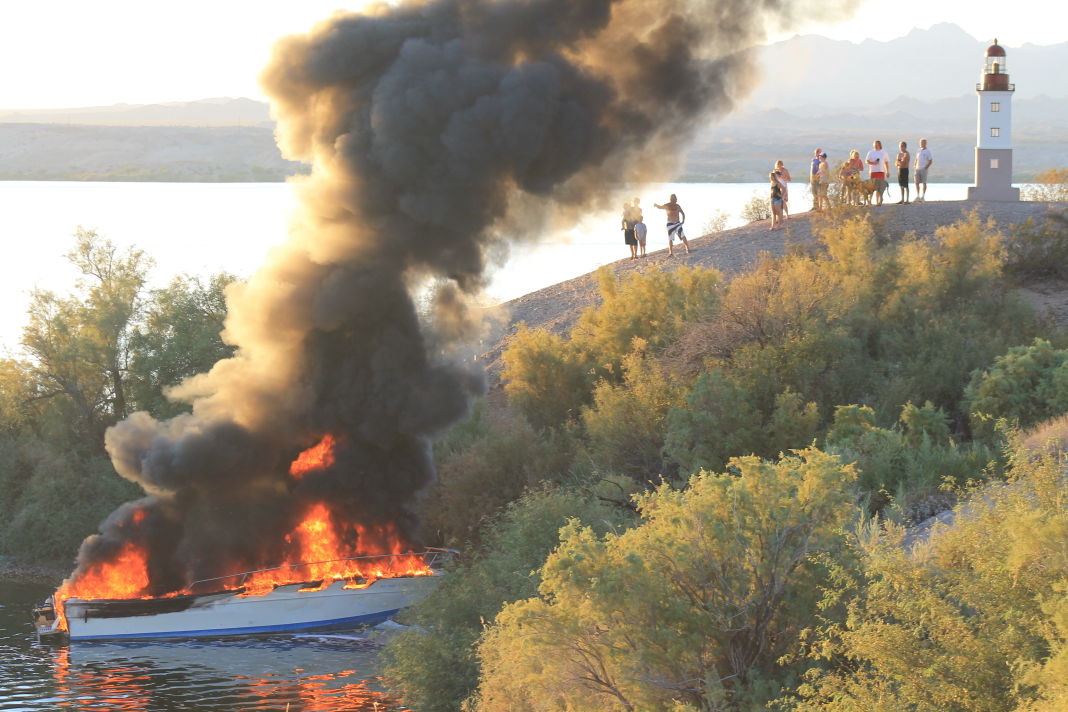 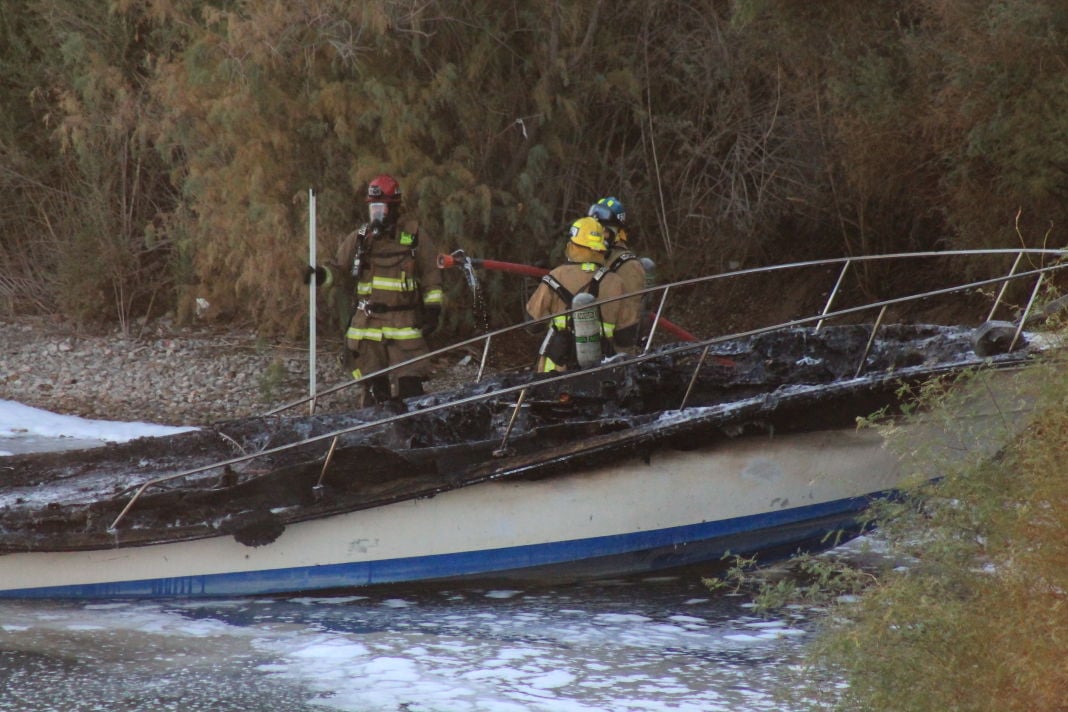 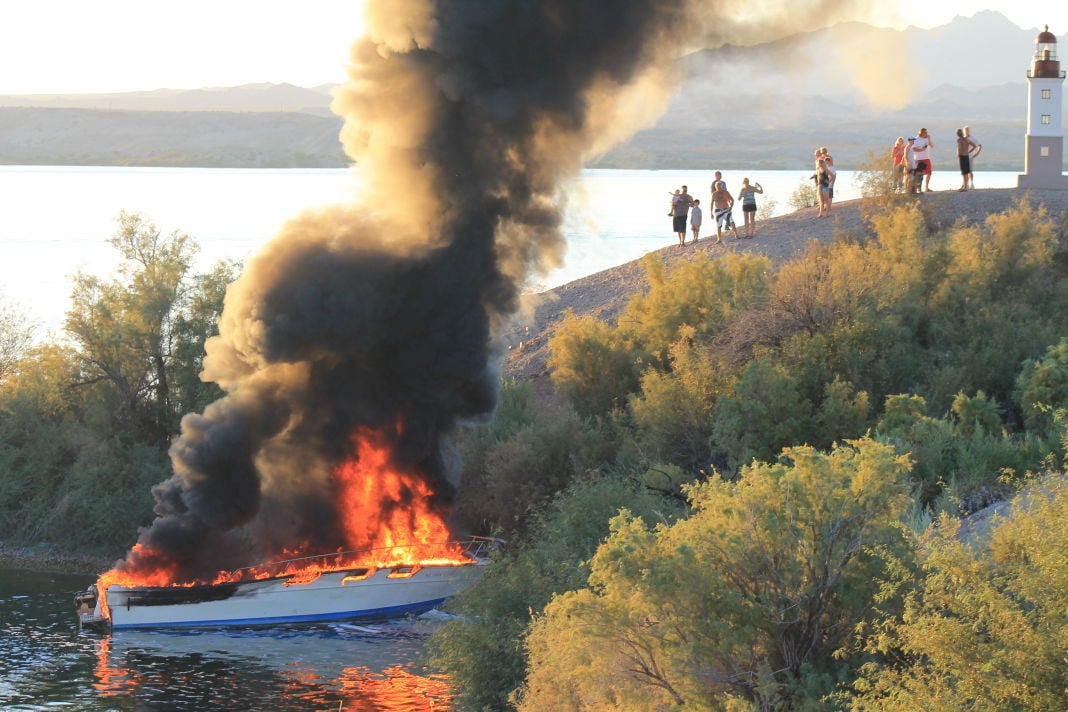 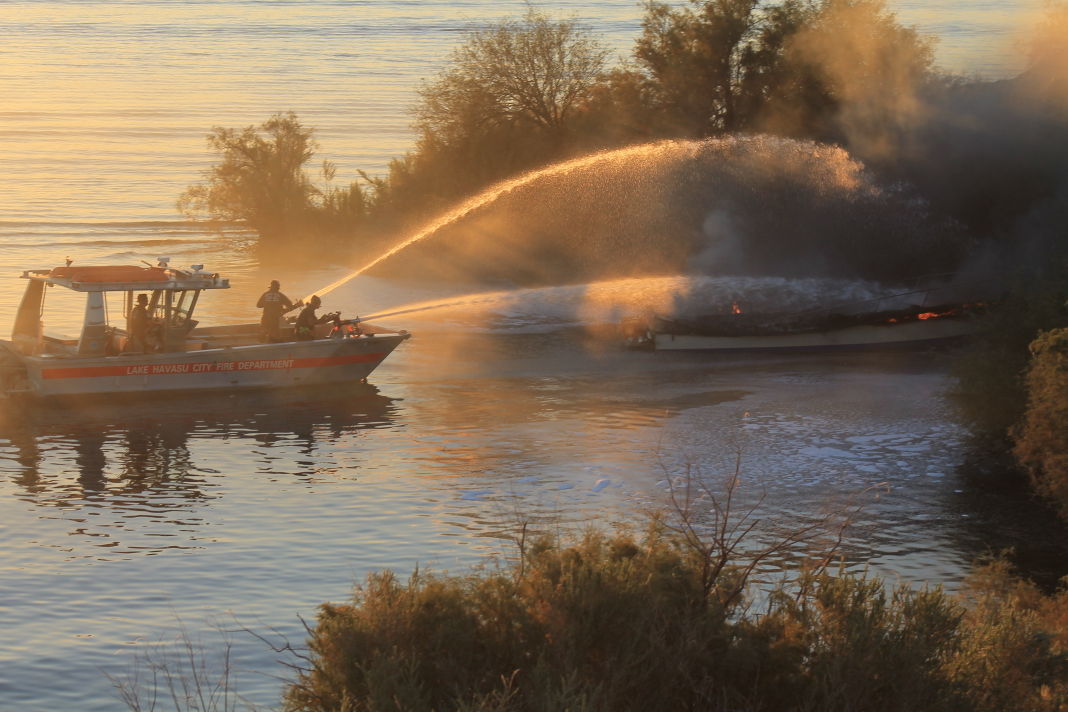 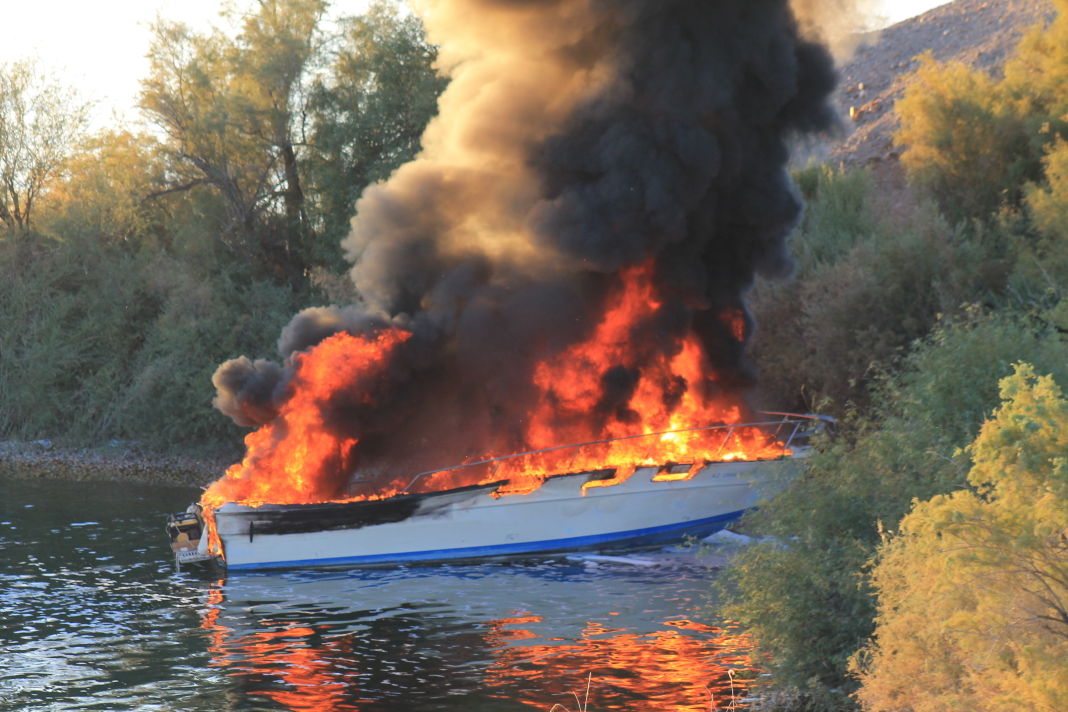 The man who was burned in Tuesday’s boat explosion has been identified by the Mohave County Sheriff’s Office as David Lee Cramer, 55, of Lake Havasu City.

Cramer suffered significant burns to his lower extremities and he was flown to University Medical Center in Las Vegas for treatment, sheriff’s deputies said. Hospital staff declined to give an update on Cramer’s condition Wednesday evening.

Cramer was the only occupant aboard his 32-foot boat when for unknown reasons there was an explosion on the boat while he was about 100 yards from the shoreline of Site Five, north of the Site Six launch ramp on the Island.

Lake Havasu City fire officials said Cramer escaped the fire by jumping from the boat and he was rescued by bystanders traveling nearby in a pontoon boat who saw Cramer floating next to the fully engulfed boat.

Cramer was taken to the Site Six launch ramp where he was treated by medical responders before being taken to Havasu Regional Medical Center. He was flown to Las Vegas shortly after.

The boat fire spread to nearby brush and the damage was contained to a 4-by-15-foot area. No one else was injured in the incident.

Fire officials said Cramer is known to occupy the Site Six area and lives on the boat destroyed in the fire. He was hospitalized in April for superficial burns he sustained while working on the same boat at Site Six and his boat was known to have issues in the past.

This was the second boat fire in the span of a week on Lake Havasu. The other boat explosion happened Saturday and left two with minor injuries.

Improper ventilation when starting a boat is the most common cause of boat fires, Quijada said.

“Don’t forget to turn on the boat’s blower and clear out the engine compartment before starting a boat,” Quijada said. “Make sure the blower is operational and use it every time you start the engine.”

Other common mistakes boaters make that lead to fires include storing fuel on the boat and smoking when there are pressurized cylinders present, such as a propane tank.

Quijada asks boaters to also be mindful of potential electrical issues by making sure all the boat’s ground wires are tight.

Emergency responders are on their way to Site Six on the Island, where witnesses say a boat …

A boat explosion in the Bridgewater Channel injured up to 12 people Saturday night.

Arizona school districts might have to reduce spending plans

The British (tunes) are coming!