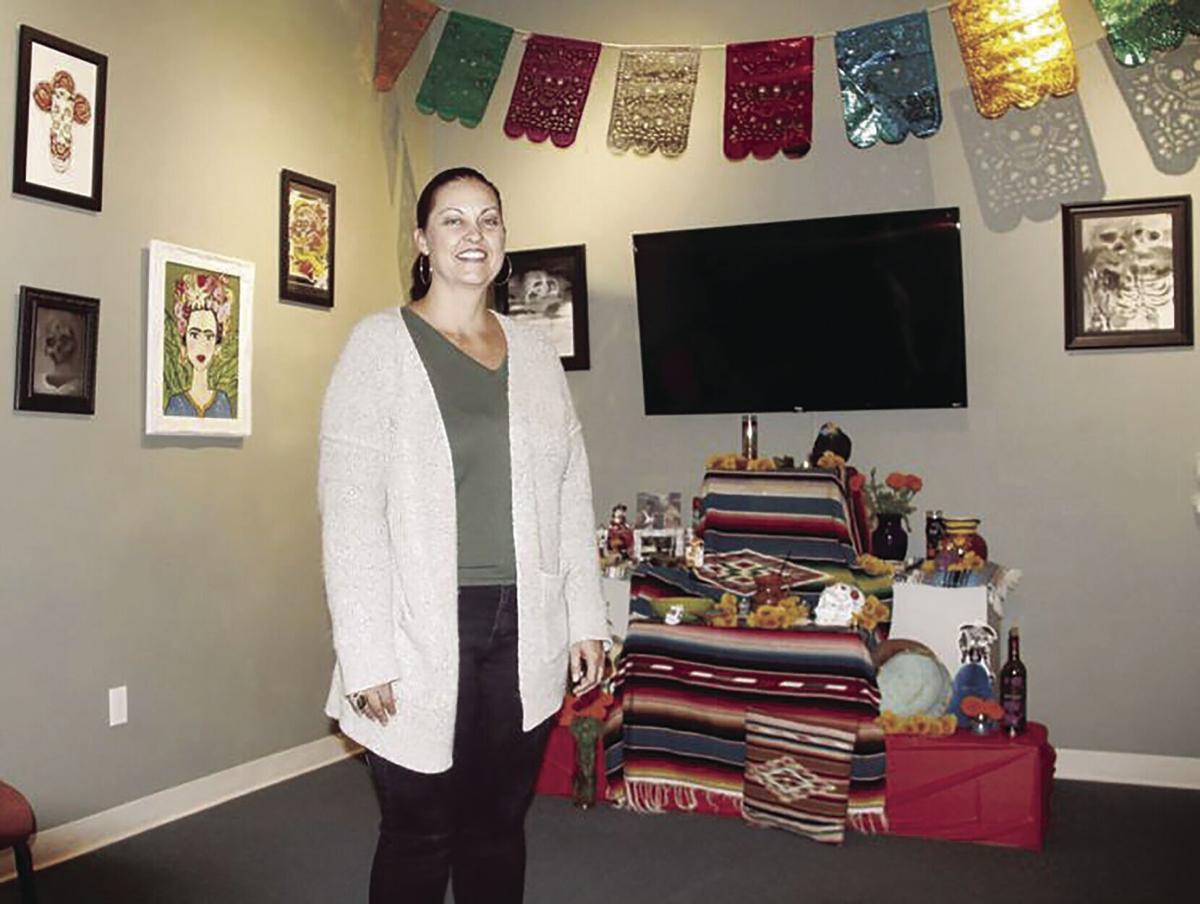 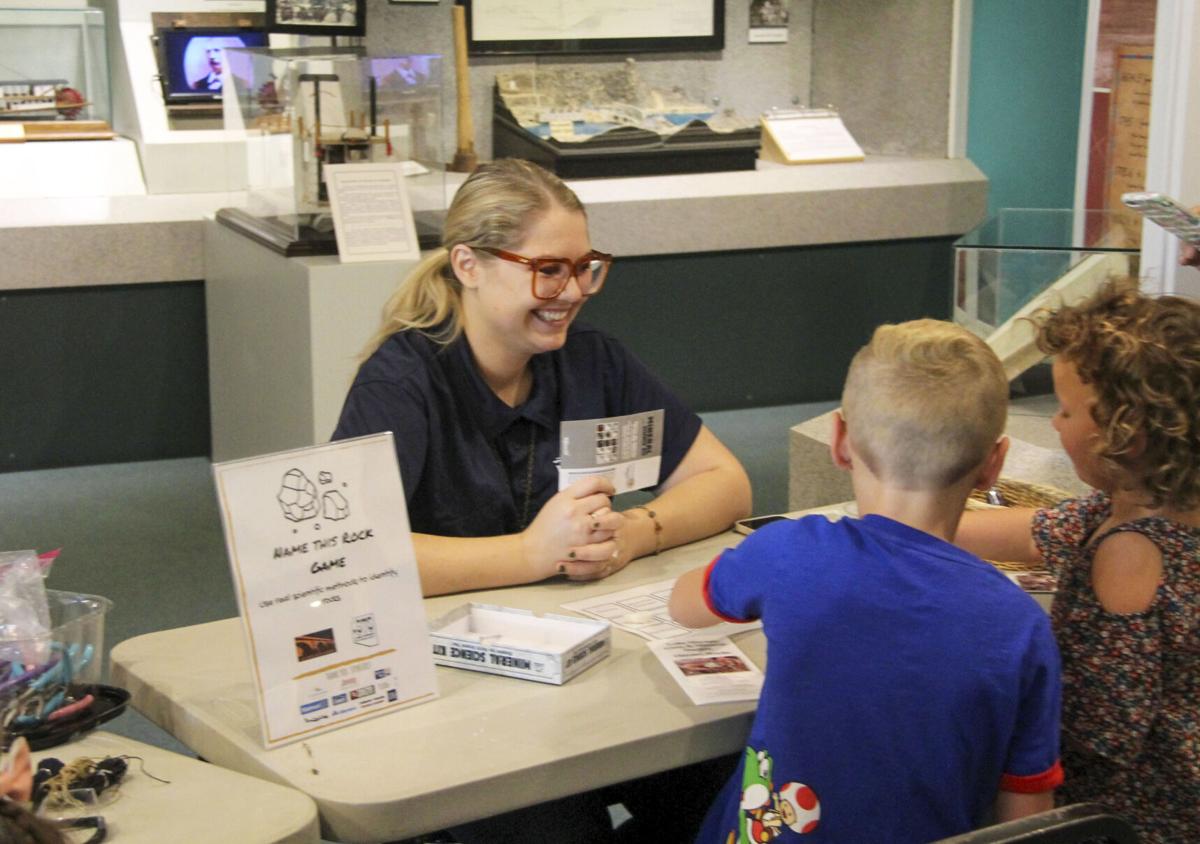 Lake Havasu Museum of History’s Jillian Usher plays a rock game with a couple of kids at the Mini Geologist Day back in June. She is now serving as the museum’s interim director.

Lake Havasu Museum of History’s Jillian Usher plays a rock game with a couple of kids at the Mini Geologist Day back in June. She is now serving as the museum’s interim director.

The Lake Havasu Museum of History is under new leadership following the arrest of its now-former director. But museum officials say all of the exhibits scheduled through the spring are expected to continue and the museum will remain fully open through the transition.

Museum Board of Directors Interim President Melanie Preston said director Hannah Rangel is no longer employed by the museum, and Jillian Usher has been named the Interim Director of the Lake Havasu Museum of History by the board. Usher had previously served as the museum’s Communication Director.

“Jillian has been amazing at stepping into that role since Hannah hasn’t been here,” Preston said. “Luckily Jillian got a lot of training, so we are very confident that she will be able to fill that role with our support. I have been over there quite a bit as well, helping her transition.”

The museum has continued to operate its normal hours – 10 a.m. to 4 p.m., Tuesday through Saturday. Preston said the board has decided to reduce those hours to 11 a.m. to 3 p.m. starting on Dec. 1. But the museum will still be offering everything that had been in the works.

The museum is planning to open up a new exhibit next month called “Discover December,” which will kick off with a reception on Dec. 7 at 6 p.m. That exhibit will feature trees representing different cultures and traditions from around the world.

The exhibit will run for one month, before being replaced by a traveling exhibit called “War Comes Home” focused on the thoughts and emotions of veterans and their families upon their homecoming through private correspondence from a wide variety of U.S. wars and conflicts. Preston said the museum has been planning to host the exhibit for quite some time, but its arrival has been delayed due to covid.

“We are finally able to bring that to the museum, and we are partnering with a lot of the veteran community here,” Preston said. “We are going to bring some of our local clubs and organizations in, in addition to the exhibit. We are still working out the details, but that will run from January to March.”

Preston said the museum also recently gave a presentation on Site Six at Mohave Community College, and the museum plans to update its current exhibit on Site Six with some items that have been stored in the museum’s collections.

“We will be pulling out a lot of those items and really exhibiting them the way that they should be,” she said. “So we are really excited about the future, and what we are going to be doing next year - specifically with the Site Six exhibit and the traveling exhibit.”

Preston said the board of director’s plans for Usher to continue in the Interim Director role for about six months or so.

“We may not need to hire a new director, Jillian may be able to fit that role,” Preston said. “So in the next six months or so we will see where we are with it, and if she is a good fit or not. Then we will make a decision at that time.”

Although Rangel is no longer employed by the museum, Preston said the board of directors is hoping to continue with many of the positive changes that have been implemented recently under her leadership.

“There have been so many positive things that the museum has been a part of over the last year,” Preston said. “We have a lot of educational programs now, we have a lot of schools coming in, programs on the weekends where kids in our community can come and do crafts and participate in a variety of things, and we have had several great exhibits here over the past year. We are planning to go full steam in that direction still.”

Rangel set to be arraigned

Rangel was extradited to California on Wednesday on charges of grand theft by employee and multiple counts of identity theft in San Diego County for offenses that occurred in 2019 when she worked as an administrator at the San Diego Chinese Historical Museum.

She was arrested by Lake Havasu City Police Department on Nov. 2 on a fugitive from justice warrant issued out of San Diego Superior Court on Sept. 24. According to San Diego Superior Court Documents, Rangel is accused of one count of grand theft by employee, and six counts of unlawfully using the name of the San Diego Chinese Historical Museum on checks and credit card purchases totaling $19,087.94 that allegedly took place between April 11 and May 3, 2019.

Preston said the Lake Havasu Museum of History is doing its own investigations to determine if anything similar happened in Havasu since Rangel was hired in the summer of 2020.

“There are things that we need to look into, so we are currently auditing and investigating things as a precaution, and checking to see if we were affected,” Preston said. “It’s currently under investigation right now.”

Rangel had been in the Mohave County Jail for about two weeks prior to being extradited. According to the San Diego County Sheriff’s website, Rangel was transferred to the Las Colinas Detention and Reentry Facility in Santee, California. The website says she is scheduled to be arraigned on the grand theft charge and four identity theft charges today at 8 a.m.

According to the website, Rangel’s bail has been set at $200,000, but bail amounts are subject to change during court proceedings.

For the past nine years, Lake Havasu City residents Pam and Trevor Nelson have fos…