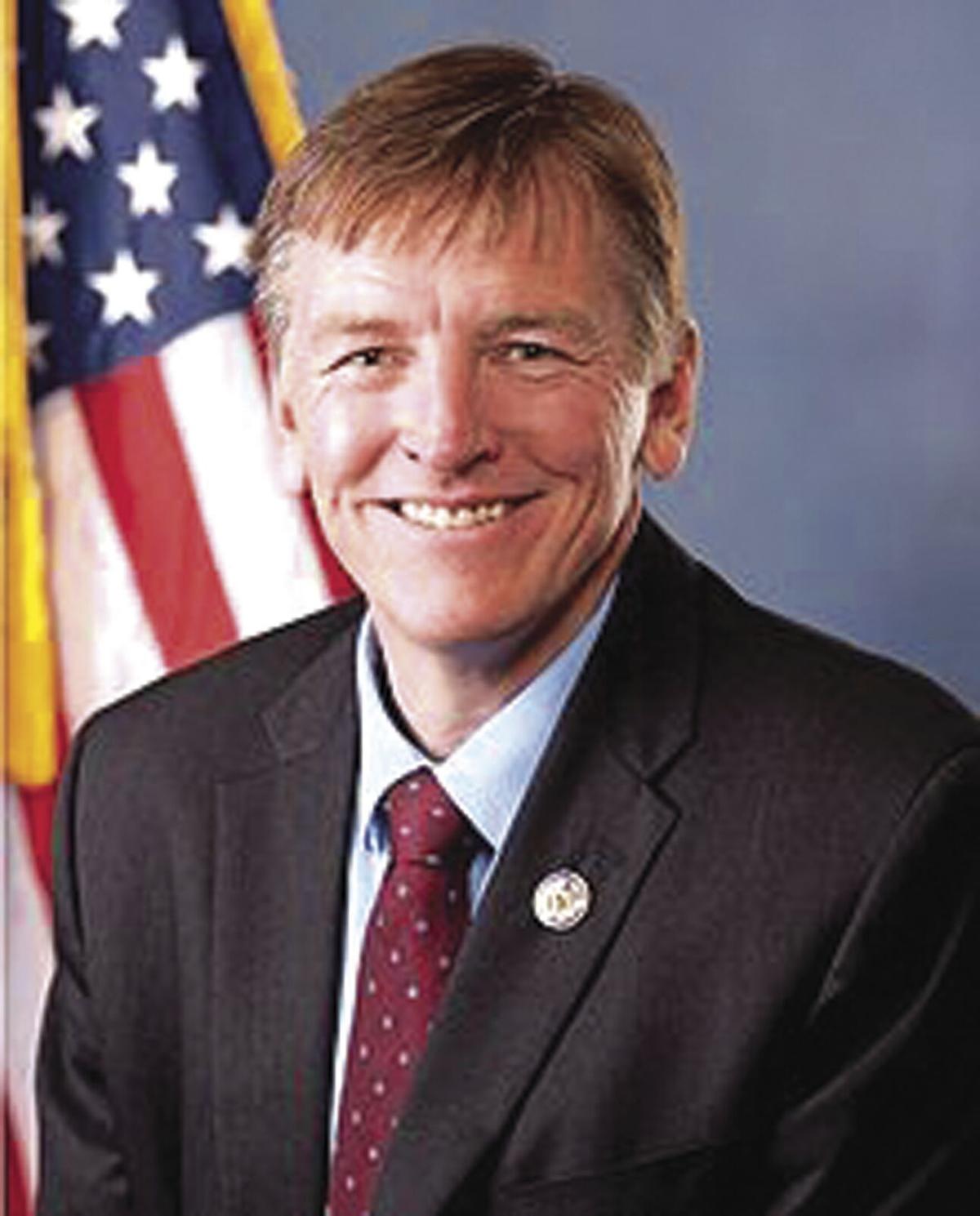 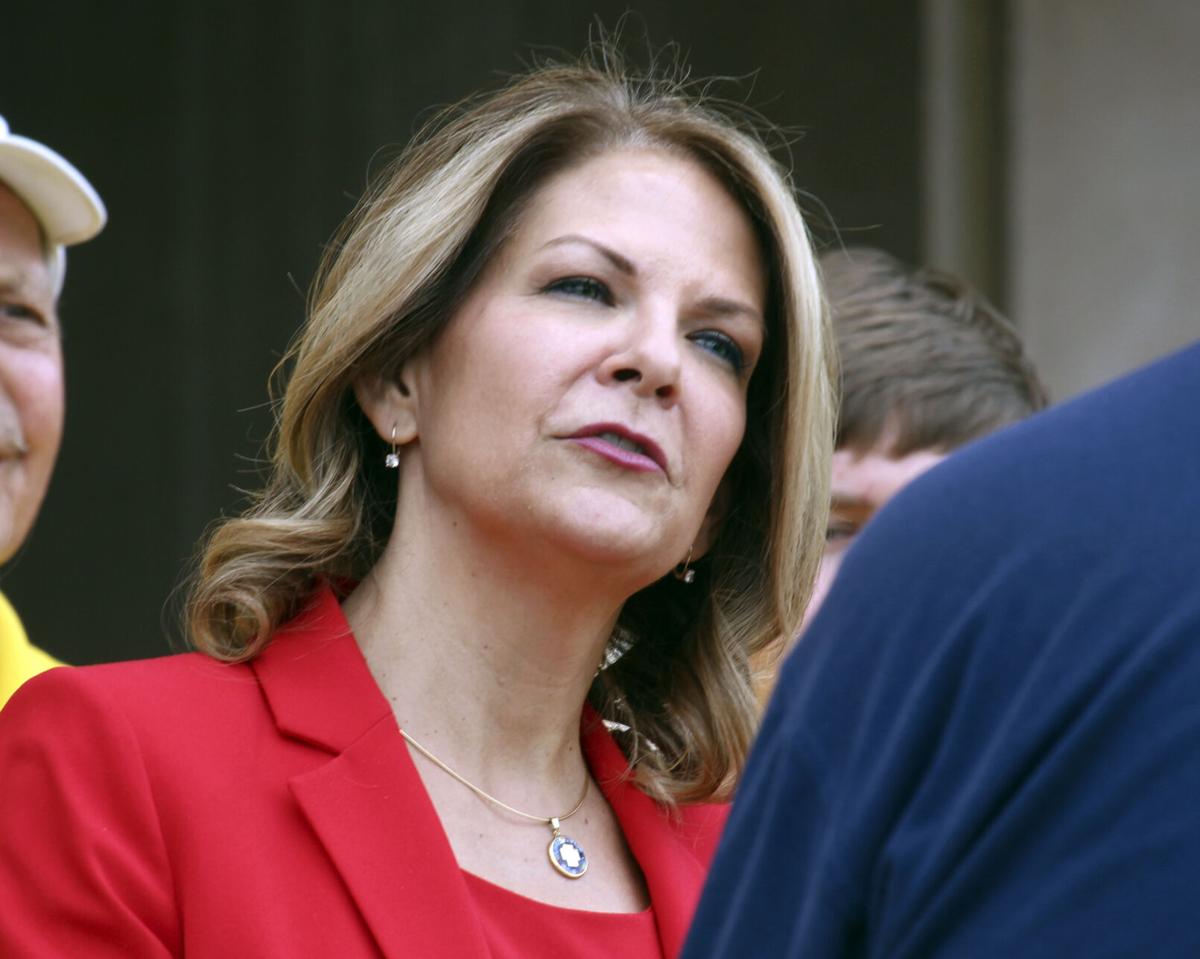 PHOENIX — Arizona finally got its 11 electoral votes for Joe Biden counted late Wednesday after Congress reconvened — and after a majority of federal lawmakers rejected claims on how the tally here was unreliable.

The ratification of the 10,457-vote victory for the president elect came after just six senators refused to accept the results.

In the House, the number of foes was larger at 121. But that compares with 303 who found the objection led by Arizona Republican Reps. Paul Gosar and Andy Biggs to be not credible.

Foes raised a series of arguments about what went wrong. But the story behind each of them is more complex.

Biggs in particular cited what he said were 32,000 illegal votes.

What actually happened is a federal judge agreed with two groups who said the pandemic interfered with their ability to register to vote by the Oct. 5 deadline. He gave them -- and everyone else -- until Oct. 23.

That decisions was overturned by the 9th Circuit of Appeals. But a majority of the three-judge panel said anyone who had registered in the interim could vote in the general election.

Biggs said that was “without justification’’ and that the inclusion of those voters makes the results of the entire election suspect.

The actual tally of people registered in that period according to the secretary of state’s office was 35,134.

But what Biggs did not say is that more member of his own Republican Party signed up during that period than Democrats: 10,922 versus 8,292. There also were 15,422 independents and 498 Libertarians.

Federal lawmakers seeking to disallow the results and demand and audit argued that it’s irrelevant that state and federal judges had rejected various claims of fraud and irregularity. They said these lawsuit were tossed on technical grounds and that courts never actually addressed the merits of the allegations.

But that fails to tell the whole story.

Consider the claim of the Arizona Republican Party over the audit procedures used in Maricopa County.

Party lawyers argued the Arizona law requires the sampling of ballots of 2% of precincts to compare the machine tally with a hand count. Instead, the county -- and some others -- audited the ballots of 2% of vote centers, centralized locations where anyone could cast a ballot rather than going to his or her own home precinct.

He pointed out that Maricopa County used voting centers in the presidential preference election in March and in the state’s primary in August -- and that the party didn’t object to the audit procedures in either case. In fact, Hannah said, the state GOP did not raise any concerns ahead of the Nov. 3 general election even though the county informed Republican and Democratic party officials about the upcoming audit process.

But even if that were not the case, Hannah said the challengers were misreading the law.

In a separate case, U.S. District Court Judge Diane Humetewa dismissed the claims of the 11 would-be Republican electors who sued Gov. Doug Ducey and asked her to throw out the results based on claims that Secretary of State Katie Hobbs conspired with various foreign and domestic individuals and companies to manipulate the results and allow Biden to win.

Humetewa said federal courts can hear only those cases where challengers have actual standing. That the judge said, requires them to show an actual injury, that the injury is fairly traceable to the conduct they are challenging, and that their injury could be addressed by a favorable court ruling.

In this case, she said, the 11 suffered no injury as they, themselves, were not candidates for office but, under Arizona law, have a purely “ministerial function’’ to cast their ballots for the presidential candidate who got the most votes.

But Humetewa did not ignore the underlying claims.

“The allegations they put forth to support their claims of fraud fail in the particularity and plausibility,’’ the judge wrote.

“Plaintiffs append over 300 pages of attachments, which are only impressive for their volume,’’ Humetewa said. “The various affidavits and expert reports are largely based on anonymous witnesses, hearsay, and irrelevant analysis of unrelated decisions.’’

Other courts also looked at the various allegations and found them lacking.

Kelli Ward, who chairs the Arizona Republican Party, complained about what happens when ballots are rejected by counting machines because have stray marks, are damaged or an individual appears to vote for more than one person for an office.

That requires the ballots be “adjudicated’’ by election workers, one from each political party, to determine what was the actual intent of the voter. That adjudication panel then prepares a new ballot reflecting the consensus that can be fed through counting machines

Ward produced witnesses who said they saw errors in the process, claiming that ballots that should have been marked for Trump were instead prepared for Biden, or otherwise altering them so that Trump would not get the vote.

Maricopa County Superior Court Judge Randall Warner ordered inspections of more than 1,600 of these adjudicated ballots. And that review did find nine errors, seven cases where the vote should have gone to Trump and two where it should have gone to Biden.

Ward argued that amounts to an error rate of slightly more than 0.5% in a race where the difference between the candidates statewide was just 0.3% of the total.

But Warner concluded -- and the Arizona Supreme Court agreed -- that error rate applies only to the 27,859 duplicated ballots in Maricopa County. And at best, he said, it added no more than 155 votes for Trump, far short of what would be needed to change the outcome.

Ward argued that she would have been able to prove greater error had she been allowed to examine every adjudicated ballot in the state. But the trial judge concluded time had run out because of the federal law setting Dec. 14 as the date Arizona’s electors would cast their votes.

Closely related was the “Sharpiegate’’ lawsuit claiming that pens used at Maricopa County vote centers bled through to the other side of the two-sided ballot and changed votes. But even the state attorney general’s office concluded there was no basis to believe ballots were left uncounted based on a bleed-through of ink.

And Attorney General Mark Brnovich separately said that if there was some “great conspiracy’’ to steal votes from Republicans “it apparently didn’t work’’ as shown by the fact that, with the exception of the presidential and U.S. Senate races, Republicans did fairly well in Arizona.

Ward had no better luck with a bid asking a federal judge in Texas to order Vice President Mike Pence to exercise what she said is his unilateral authority to decide, as presiding officer of the U.S. Senate, whether to accept the votes of the 11 Democratic electors from Arizona. A judge concluded that she, the other would-be GOP electors and Republican Congressman Louie Gohmert had no legal standing to make such a demand.

In fact, attorneys for Pence opposed the litigation even though it would have given the vice president more powers. And on Thursday the U.S. Supreme Court formally refused to consider Ward’s appeal.

Traitor Trump lost the vote. Communist supporters want a dictator who lies and does everything possible to turn over a election. Can you imagine if Hilary Clinton would have acted like traitor trump. Sad days for USA! The world does not look at the USA the same now. The powers of the world now see American democracy as fractured.

Going to stick to the subject. There are irregularities in the Arizona vote. Out of staters register their vehicles here, and are allowed to opt into voting, automatically, but live in other states on a regular basis, with the ability to vote in their "other" state. Pretty sure that is a crime. Now, you want data, I can give it to ya, call the County, ask them about the addresses around you where you know there is a weekend rental, a family spending weekends, or those that register their vehicles, and get drivers licenses on someone elses address. Folks it's a fact. Arizona needs to clean up it's voter registration files.

Sadly the County reported they are unable to provide any of the information this fool talks about. And I cannot find anything that supports his ignorant contention. So, as usual one of the haters of our community lies in an attempt to mislead the intellectually challenged. So “folks” it is not a “fact!” In fat it is total BS.

I actually feel kind of sad for old tRUMP needing to have such losers like Gosar and Cruz defend him. Cruz couldn't even defend his wife when tRUMP called her ugly and Gosar can't even get an invitation to family events!

HG, I am constantly amazed that Texans insist upon supporting the Canadian born son of a Cuban Communist?

During a special meeting Tuesday night, the Lake Havasu School Governing Board app…