Garrett Dotson, 22, recovers this week from injuries suffered during an alleged drive-by shooting on Sunday. Photo courtesy of Dan and Laura Dotson, shown in upper-right. 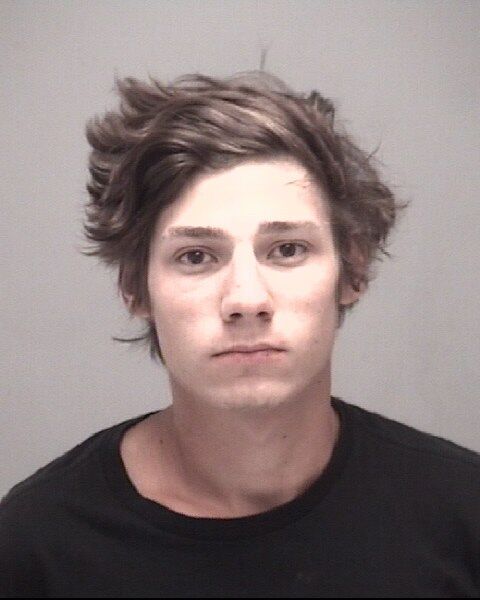 Garrett Dotson, 22, recovers this week from injuries suffered during an alleged drive-by shooting on Sunday. Photo courtesy of Dan and Laura Dotson, shown in upper-right.

When 22-year-old Garrett Dotson told his parents he would be staying at an AirBnB in Lake Havasu City, his father’s advice was to avoid talking about who he was. It could draw the wrong kind of attention.

This week, Dotson is recovering at a Las Vegas hospital, after he was injured early Sunday morning in an alleged drive-by shooting. The shooting took place Sunday on the 2100 block of Injo Drive, where Dotson was staying while visiting Havasu. According to parents Dan and Laura Dotson – the stars of A&E Network’s Storage Wars program – Garrett was removed from intensive care on Tuesday.

“He’s recovering so quickly,” said Laura Dotson. “He was able to walk yesterday … he last about a foot of his small intestine, but he’s healing. He can speak, and just hearing his voice has been a godsend.”

Laura said Lake Havasu City had become a favorite getaway for Dotson when he purchased a boat earlier this year, and has visited friends in Havasu during several of the city’s busy holiday weekends. Garrett most recently participated in a Labor Day boat parade on Lake Havasu, Laura said, in honor of President Trump.

“He said he felt a connection with Arizona, and talked about maybe buying a house there,” Laura said.

Aside from being the son of two TV personalities, Garrett Dotson is also an entrepreneur and owner of Yucaipa, California-based CBD Café. He has also gained following under his YouTube video channel, “Naughty Boyz.”

When Garrett told his parents he would be visiting Lake Havasu City last weekend, his father told him to be cautious.

“I told him to keep his mouth shut,” Dan said. “I love and respect him, and I don’t often talk to him like that. But if people recognized him they might be offended by him being there.”

Dan and Laura received a phone call early Monday morning, and learned their son had been shot. By 5:30 that morning, they learned he had been transported by helicopter to University Medical Center in Las Vegas for emergency medical treatment. According to Laura, a doctor kept pressure on her son’s vena cava throughout the flight to Vegas – but any delay could have proved fatal.

“Before they were even in the air, they had to get approval from the U.S. Secret Service to enter the airspace in Southern Nevada,” Laura said. “President Trump was giving his speech in Henderson that weekend. But they got permission, and everyone just came together to save my son’s life.”

Despite preliminary reports earlier this week, police said Tuesday that there appeared to be little if any connection between Dotson and alleged shooter Garrett D. Wilder, 21, of Lake Havasu City.

Police say Wilder was driving near the scene of the shooting when he raised a firearm and shot Dotson. After sifting through multiple rumors and conflicting reports this weekend, Lake Havasu City Police detectives received what they believed to be credible information Tuesday morning.

“Garrett told us while he was in the hospital that the guy knew he wasn’t from Havasu,” Dan Dotson said. “He heard (Wilder) say something like, ‘You can’t just come from out of town and pick up our women’. Garrett told him to go to Hell … and (Wilder) pulled out a gun and shot him.”

Investigators served a search warrant at Wilder’s Winderhaven Drive residence, where they allegedly found the weapon used in the shooting and one spent shell casing.

“We’re just thankful Garrett’s alive,” Laura said. “God and the court system can decide on justice. We know Havasu is a place of law and order … we love Havasu, and we’re grateful to the police and doctors who helped him.”

As of Wednesday afternoon, Wilder remained in custody on $1 million bond at Mohave County Jail. He has been charged with felony counts including aggravated assault with a deadly weapon, drive-by shooting, disorderly conduct with a weapon, misconduct involving weapons and endangerment.

hahaha! Now that's quite a tale! Inflated egos on the parents half... "stars"... nah. And the whole "our women" bit is a complete joke! Something nefarious is going on here.

That's the best story he could come up with? The Detectives can't actually believe that load of B. S.

This is definitely some damage control told by the son to his parents. No way that is the motive for this. They will probably be sorry they were so quick to announce this publicly.

To me, it sounds like this Garrett is BS. Can't come here and pick up our women? What does this guy think it is here, the 1820's old West? No, there's more to this, a bad drug deal or inflated ego?

So he shot this poor guy because he didn't want him to "take our women?" wth?[huh]

Fans will be in the stands at Lake Havasu High School sporting events this fall, b…

Four people were arrested Thursday evening during a traffic stop on I-40, in the K…