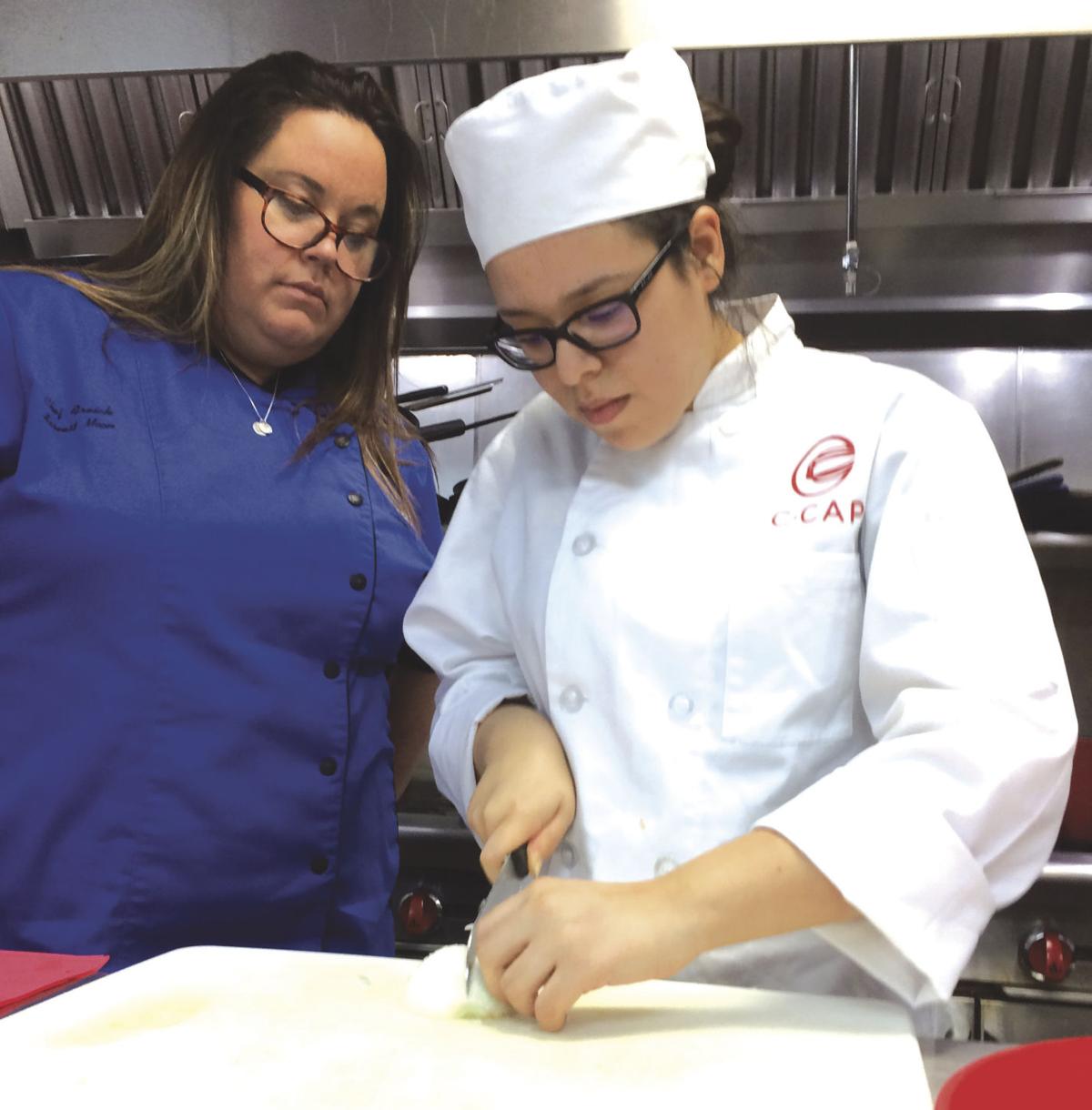 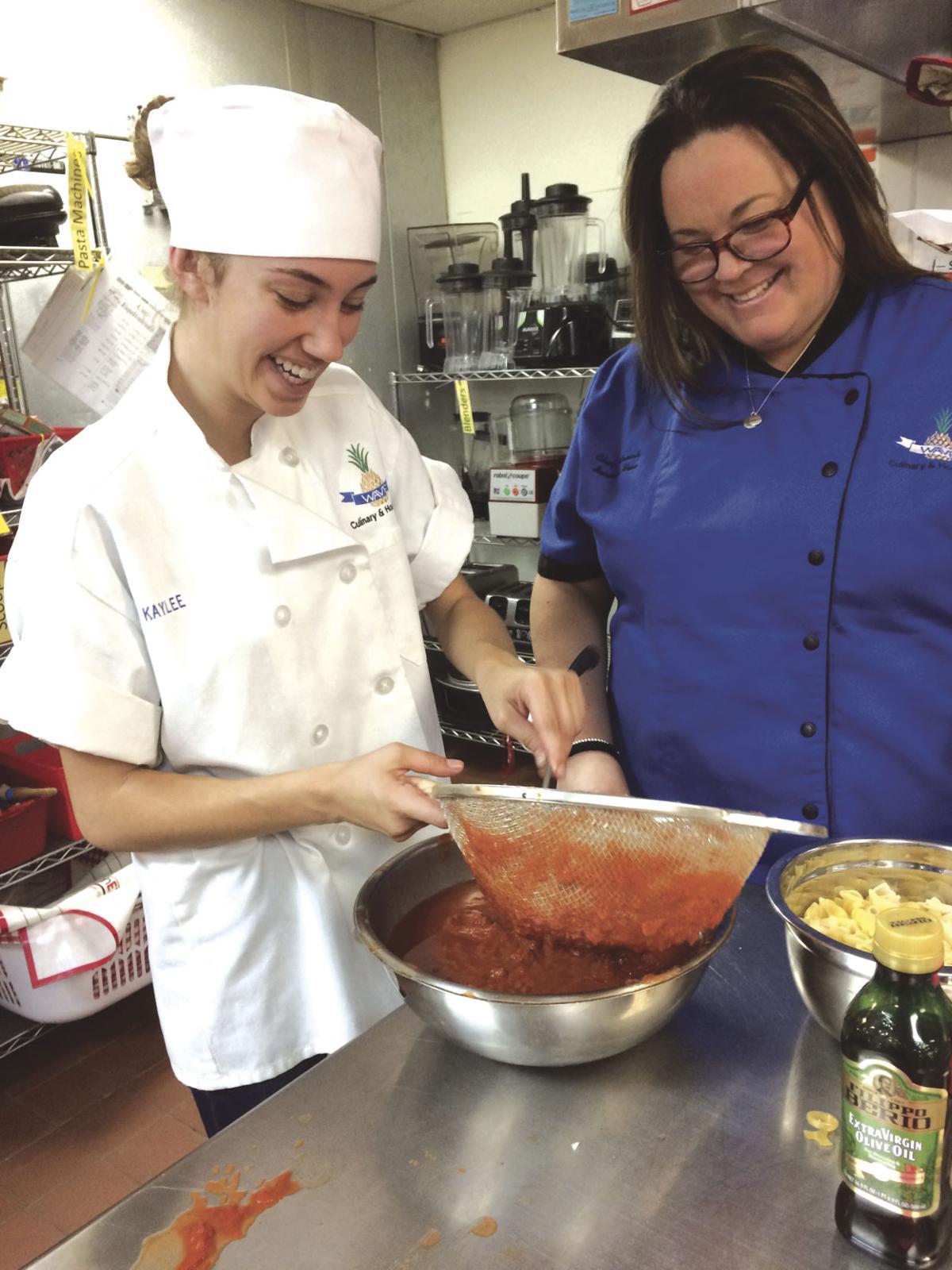 For many high school seniors, this is the time of year when prayers are answered and dreams come true.

Acceptance letters are landing daily in email inboxes of those seeking high education.

“I had to read it a couple of times,” said Angela Flores of her full tuition scholarship offer from Paul Smith’s College in upstate New York. The private school nestled in the Adirondacks was her first choice for earning a bachelor’s degree in culinary arts and hospitality.

It will be quite a change for Flores, who was born and raised in the Southwest and has never traveled farther east than Missouri. Experiencing all four seasons will require some adjustments; she’s not sure how she will adapt to winter’s below-freezing temperatures.

But one thing this young woman is confident about is knowing her way around a commercial kitchen. It’s that knowledge and her culinary skills that landed her the $113,680 college scholarship.

“We all cried when we found out,” Flores said of her family. The first-generation college student said her mother and younger brother will help her move into her college dorm. School starts Sept. 1. But first, the trio will spend a week in New York City to take a bite out of the Big Apple.

Flores credits her teachers and mentors at the Havasu campus of the Western Arizona Vocational Education – known as WAVE – with preparing for the next big step.

And to think that all along, she intended to become a veterinarian.

“Culinary arts was an unexpected but good direction for me. I got great training through WAVE,” Flores said, adding that she recommends the program to any student looking for a career path. She was in the program her junior and senior years.

Without hesitation, she said her knife skills are her strength.

“To be good at it, you have to be very precise,” she said. Speed is an asset as well. “A good chef gets things done quicker.”

“If you’re a chef, a knife is your tool of the trade,” she said. “You have to be good at uniform slicing and dicing so that food cooks evenly and looks pretty.”

Competent knife skills can open many doors, she added.

“If you have a passion for food, good knife skills and don’t mind the long (work) hours, that’s what makes you successful,” Desper said.

Constant practice with knives is a large part of her culinary instruction, but it’s not the first thing her high school students learn.

“At first, we spend a few weeks on safety and sanitation in the kitchen. Then we move on to knife skills. After that, I teach basic preparation skills. We do the foundation work here,” Desper said.

The one thing she can’t prepare her students for is the idiosyncrasies of working in another chef’s kitchen.

“Every chef is so eccentric. Most of them think their way is the best way, so you have to adapt, despite what you were taught,” she said. “Every single chef has his or her own technique and flavors they like – it’s their very own profile.”

Senior Kaylee Kuczynski is about to learn that chef lesson. The culinary arts student earned a year-long internship at the Phoenician in Scottsdale. The AAA Five Diamond resort recently earned a Five

Star Award from Forbes Travel Guide -- for the seventh year in a row.

Kuczynski is excited about the opportunity to be a part of the Phoenician team, but remains astounded at how the internship offer came about.

It began with a dreadful mishap during a Careers Through Culinary Arts Program student contest two months ago.

“During competition at the Phoenician, I was chopping oregano when I cut myself,” Kuczynski said, showing the faint scar on her finger. “I bled all over my food. It was awful.”

She reported the accident, got bandaged up and quickly returned to her work station. She lost a few points for the delay, but gained a fan for how calmly she handled the situation and got right back to work.

Rebecca Tillman, the Phoenician’s executive sous chef, had observed Kuczynski’s mishap and subsequent recovery. Tillman asked Kuczynski on the spot if she was interested in a Phoenician internship. Without blinking an eye, Kuczynski said yes.

“But I told her I needed to graduate from high school first,” she smiled.

She smiled again in April when an acceptance letter showed up in her email inbox.

“I was accepted to the Classic Cooking Academy, so I’ll be taking classes twice a week for 24 weeks. The Phoenician said it will work around my schedule.”

In another stroke of luck, she earned a $4,000 scholarship to the academy.

Like her fellow student Flores, Kuczynski said her knife skills are her best asset.

“But I’m also good at sauces,” she said. “And I like to make breakfast crepes.”

Beyond commercial settings, Kuczynski may end up putting her cooking skills to the ultimate test. She is toying with the idea of joining the Army down the road.

“My big plan was always the military so I could use the G.I. Bill for school. I have friends and family in the Army, so I still may join up one of these days,” Kuczynski said.

In the meantime, she’s heading to Phoenix in June with her knife skills in tow. It’s an important skill that shouldn’t be underestimated, she said.

“Knowing how to use a knife is important. We practice all the time in class. I’m glad I know how to slice or dice the right way to keep things uniform. It helps bring out the flavor. You don’t want a big blotchy mess of different sizes,” she said.