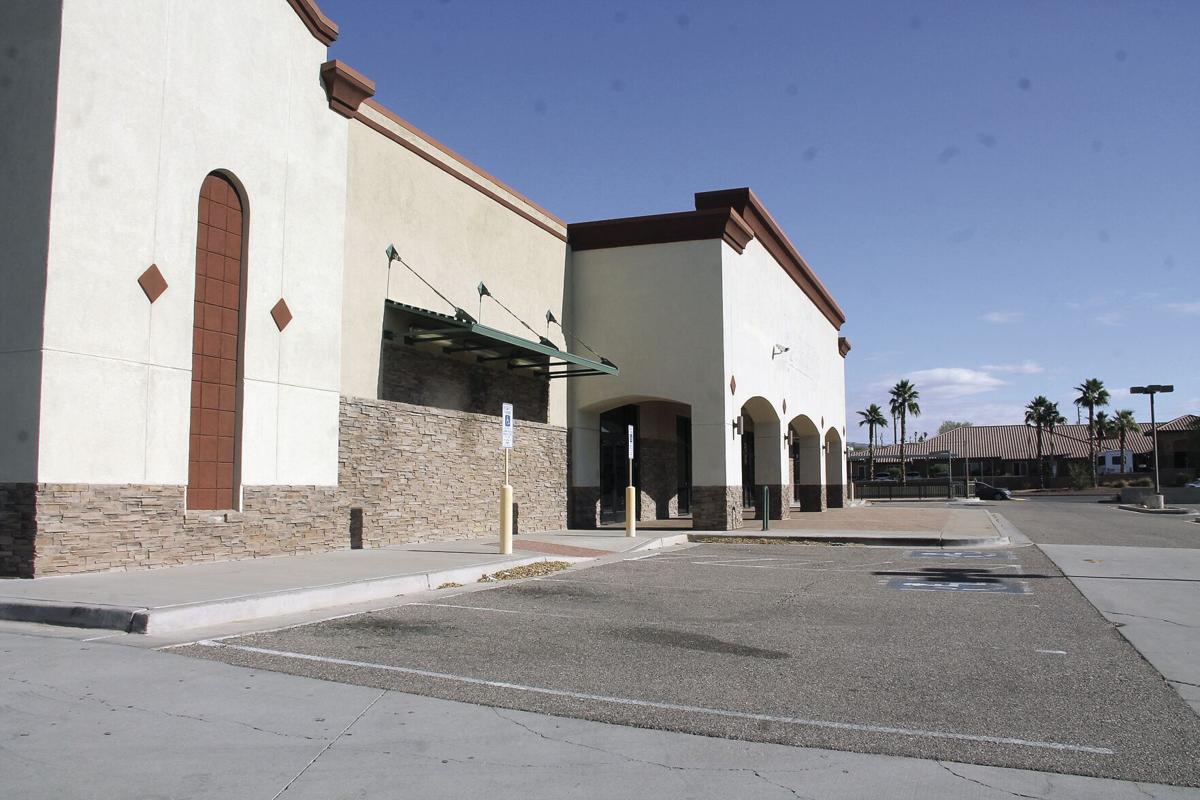 The Hastings building has a prospective new tenant in Speed Unlimited, who is seeking a zoning change from the city that would allow it to set up a showroom and sell UTVs and off road accessories at the location. 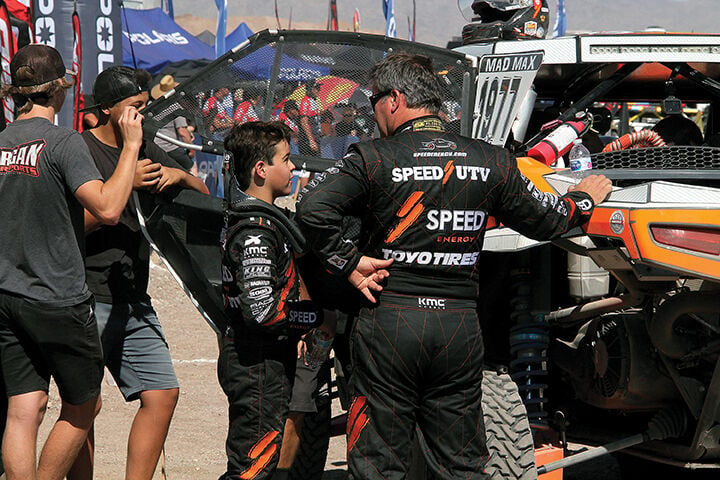 Speed UTV owner and professional auto racer Robby Gordon (left) takes with his son Max Gordon of Lake Havasu City during the first day of the UTV World Championships in Havasu this fall. 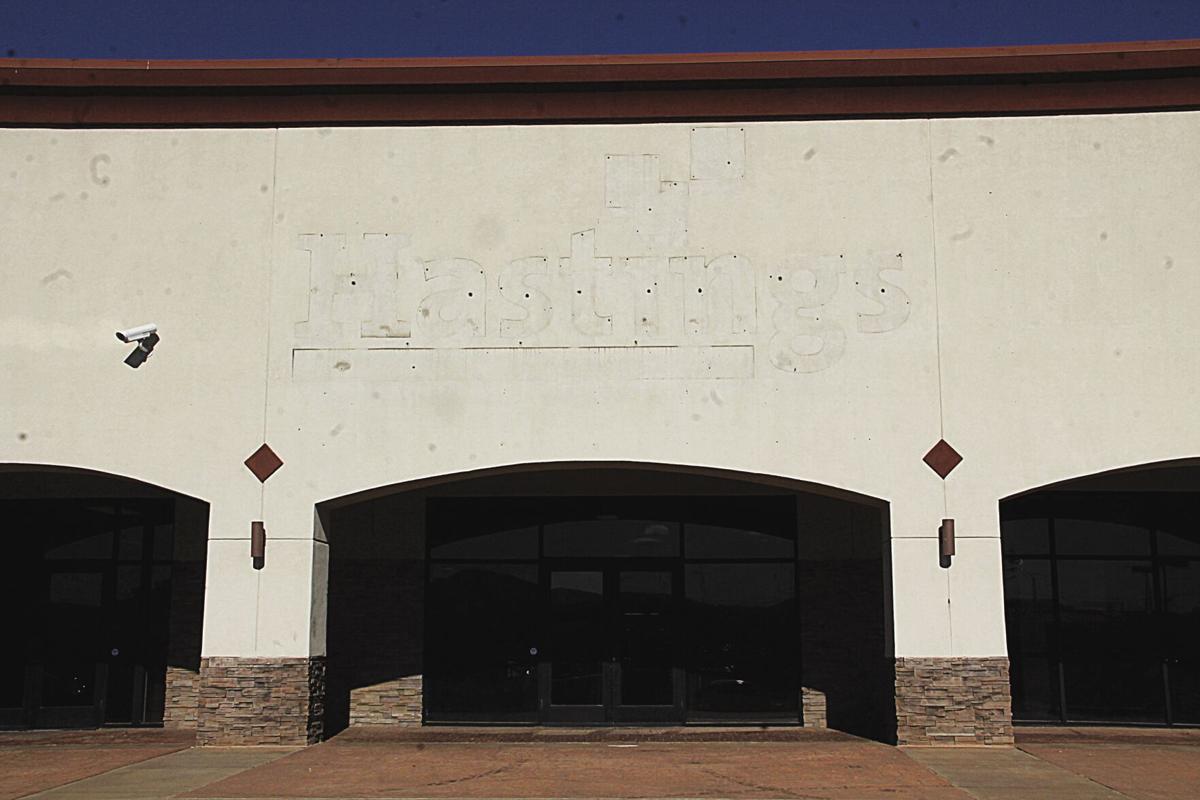 The former Hastings building has a prospective new tenant in Speed Unlimited.

The Hastings building has a prospective new tenant in Speed Unlimited, who is seeking a zoning change from the city that would allow it to set up a showroom and sell UTVs and off road accessories at the location.

Speed UTV owner and professional auto racer Robby Gordon (left) takes with his son Max Gordon of Lake Havasu City during the first day of the UTV World Championships in Havasu this fall.

The former Hastings building has a prospective new tenant in Speed Unlimited.

Speed UTV owner and professional race car driver Robby Gordon says he is excited for the opportunity to bring a flagship dealership for his new UTV manufacturing company to Lake Havasu City.

Speed UTV’s request for a rezoning of the former Hastings building was approved by the Lake Havasu City Council at its meeting Tuesday, clearing the way to transform the old book store into a facility Gordon has described as a “mall of UTVs” and accessories. The council voted unanimously to change the Commercial-1 zoning of the property into a C-1 Planned Development that allows for light vehicle sales, service and repair.

Now that the property is properly zoned for Speed UTV’s planed dealership, Gordon said the company will focus on getting the building ready. Speed UTV plans to invest more than $250,000 on renovating the property with an iron wrought security fence and gate, along with facelifts to the inside and outside of the vacant building.

He said the work should be fairly simple, however, as the inside of the building will be transformed into a large showroom. He said most of the work will be installing glass walls to create some offices.

Gordon said his goal is to have the storefront open with limited inventory as early as the end of February.

“I’ve got a little bit of construction stuff so it just depends upon when local companies can fit me in to get it done,” he said. “There won’t be a lot inside the building besides vehicles, so once we get vehicles it will fill up pretty quick.”

On Tuesday, Gordon told the council he has had his eye on the Hastings building, which has been vacant since 2016, for the past several years.

“I’m really excited to possibly be able to put a flagship dealership in here in Havasu,” said Gordon. “Your area has the best trails in the world. I’ve used it for training for years down in Parker and I love the area.”

Although off roading has long been a favored hobby in Havasu, Partnership for Economic Development CEO James Gray, who supported the rezoning request, told the council it is also a quickly expanding industry. He said there were a total of $4 billion in UTV sales in the United States in 2019 and 450,000 UTV are projected to be sold in the next five years.

“It is a huge growth market and, like a lot of other things, I believe the pandemic has (expedited) this movement,” Gray said. “It is an incredibly family oriented thing and we happen to be a tremendous playground for it.

Speed UTV is a relatively new manufacturer on the scene, but Gordon said it has really taken off with 10,700 UTV sold since sales began last March totaling nearly $450 million. Gordon also said about 95% of his company’s sales have gone to Arizona, Nevada, California, and Utah.

“This area right here works really, really good for us because this is where the enthusiasts like to come and ride,” Gordon said.

Speed UTV projects $10.5 million in sales out of its Havasu dealership in the first year of operation and $21 million in year two.

“From the part of the community it is great on two fronts,” Gray said. “One, it is a sales tax generator. Robby and his team doesn’t just sell locally – it is a regional thing. This will bring people in from Southern California, Southern Nevada and Arizona. On another part, he is an incredible brand ambassador. I don’t need to tell you his story – it is very long. If you don’t know his story you should go check it out.”

Gordon is a long-time professional race car driver that has won races in nearly every discipline, including NASCAR, IndyCar and many off road races throughout his career.

On Wednesday Gordon said he was happy with how the rezoning process worked out.

“It has been a good process – the city has been wonderful to work with,” Gordon said. “We are excited to be able to fill this big building. I have had my eye on this building for a long time. Now that we are in a position where we have a product coming in the next two to three months we can now put some revenue to this place.”

Getting up to Speed: Speed UTV pitching proposal for former Hastings building to panel this week

Excellent news and the right move for our Lake Havasu City Council. Thank you.

Now - Let the fun and good times begin. Can't wait for the doors to open.

With more people making their way outdoors again, people are eager to get on the w…

The Parker Town Council has rescinded its declaration of March 20, 2020 of a local…

Lake Havasu City loves its toys, but buying a boat or off road vehicle here has ra…