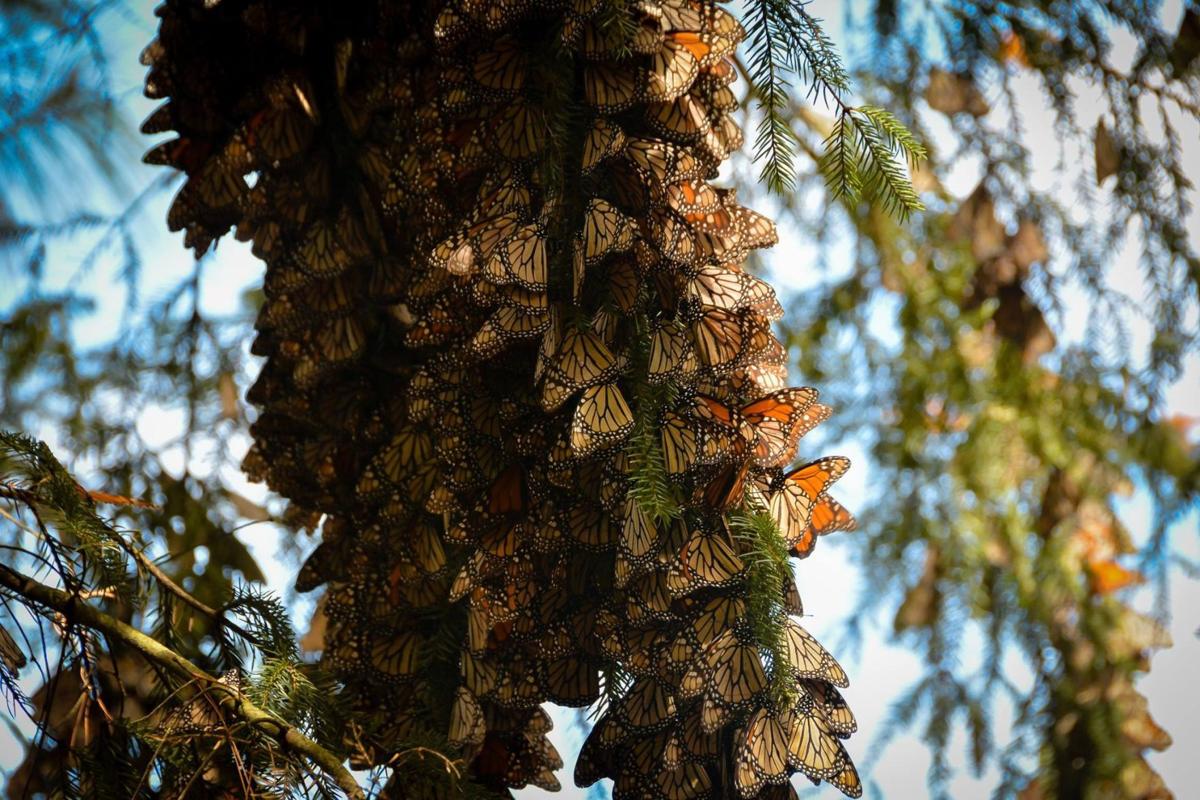 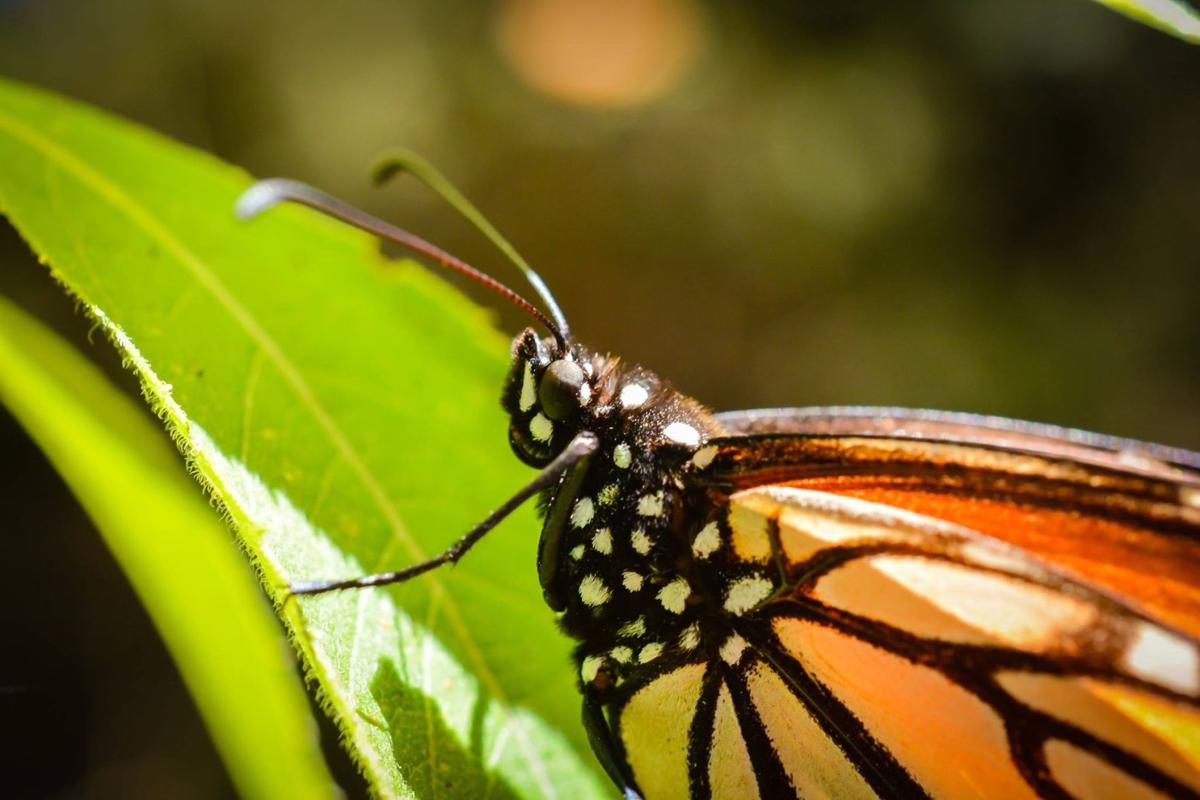 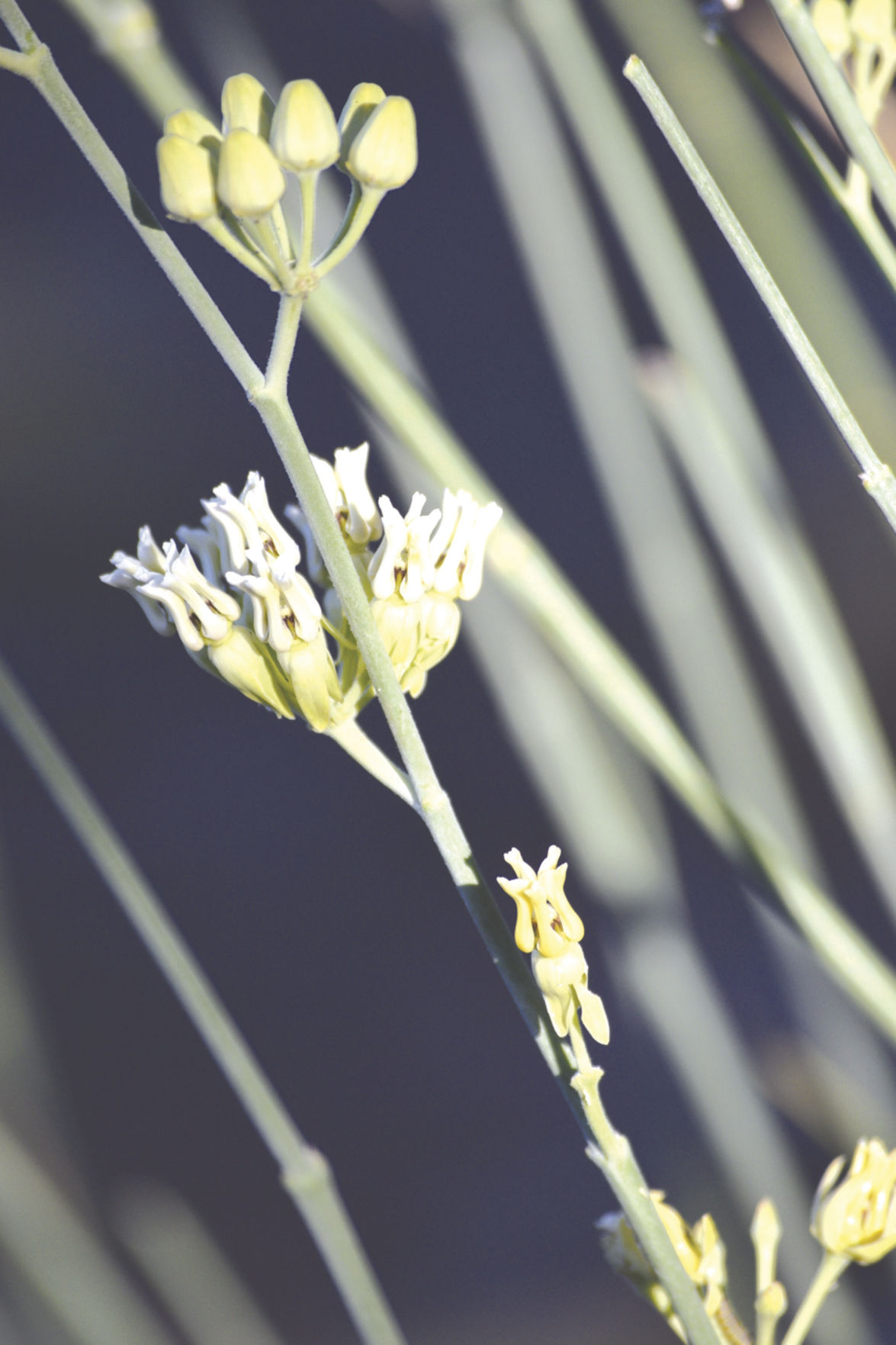 Milkweed is disappearing and it’s scarce at the Bill Williams Refuge.

Milkweed is disappearing and it’s scarce at the Bill Williams Refuge.

Monarch butterflies are not native to the Lake Havasu City area. But they do migrate through the region – or at least they used to -- on their way through the U.S. to southern California and Mexico, said Joey Saccamanno. He’s a federal specialist at the Bill Williams Refuge south of Havasu.

“I saw three monarchs on eucalyptus trees at Willow Beach when we were doing the bird count at the refuge,” Saccamanno said, happy that a few stragglers appeared. But they’re not showing up by the hundreds as they have in years past.

“For one thing, their habitat has greatly decreased over time because of herbicide use,” he said, explaining why the monarchs’ numbers have dwindled. In fact, monarch butterflies in North America have died out to the point that they’re being considered for protection by U.S. Fish and Wildlife Service under the Endangered Species Act.

Another problem that is decimating monarch populations is that its sole host plant, milkweed, is disappearing, Saccamanno said. The plants are also scarce at the Bill Williams Refuge.

“There are no significant stands of milkweed, but there are a few little patches here and there. But because the refuge is not a major breeding area, milkweed isn’t essential to them. But I did see three larvae on milkweed at the refuge in December,” he noted.

Monarch caterpillars only eat milkweed. The plant provides all the nourishment the monarch needs to transform from a caterpillar into an adult butterfly.

In the past, monarchs have not overwintered in the Havasu area, preferring to pass through to warmer climates. But wildlife officials are trying to encourage more monarchs to hang around and breed by planting more milkweed. Saccamanno said he’s awaiting an order of 500 milkweed plants that will be grown in the refuge.

“When we get the plant shipment, we can set a date and volunteers can come help us get them in the ground,” he said.

Residents can also help the monarchs by setting up milkweed patches in their yards. Desert milkweed and rush milkweed are the best types to grow in the Havasu area. Look for asclepias subulata.

The evergreen perennial can grow up to 2.5 feet tall with white flower clusters. The plants are borderline scrawny but the blooms are very showy.

Be on the lookout

As spring approaches, monarchs are expected to migrate back through the Havasu area, said Rachel Williams. She’s a biologist with the U.S. Fish and Wildlife Service based in Flagstaff.

“They should begin showing up soon,” Williams said. “They will stick around and leave when it begins to get hot.”

An adult monarch typically lives for a month. But Williams said there is a longer-lived variety.

“Born in the fall, the super generation monarchs live for nine months,” she said. “They don’t breed in the winter, but they will in the spring.”

Readers who see monarch butterflies or caterpillars can report the date and location to salinemonarchcount.org, Williams said. For smart phone users, she also suggested downloading a reporting app at inaturalist.org for sharing butterfly data.

Saccamanno also suggested visiting the refuge to look for monarchs.

“If individuals want to organize outings to monitor for monarchs, they are encouraged to do so,” he said.

For details and locations of the refuge’s milkweed patches, call Saccamanno at 928-667-4144, ext. 128. To get to the refuge from Havasu, go south on SR 95. A few yards past the Bill Williams bridge, turn right into the refuge.

‘The Nature of Research’ lecture set for Wednesday at ASU Havasu

Why are flags at half staff today?

Arizona Gov. Doug Ducey has ordered flags at all state buildings be lowered to hal…