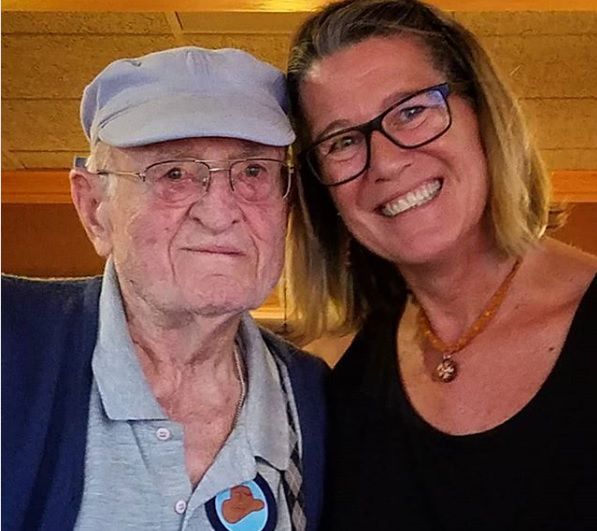 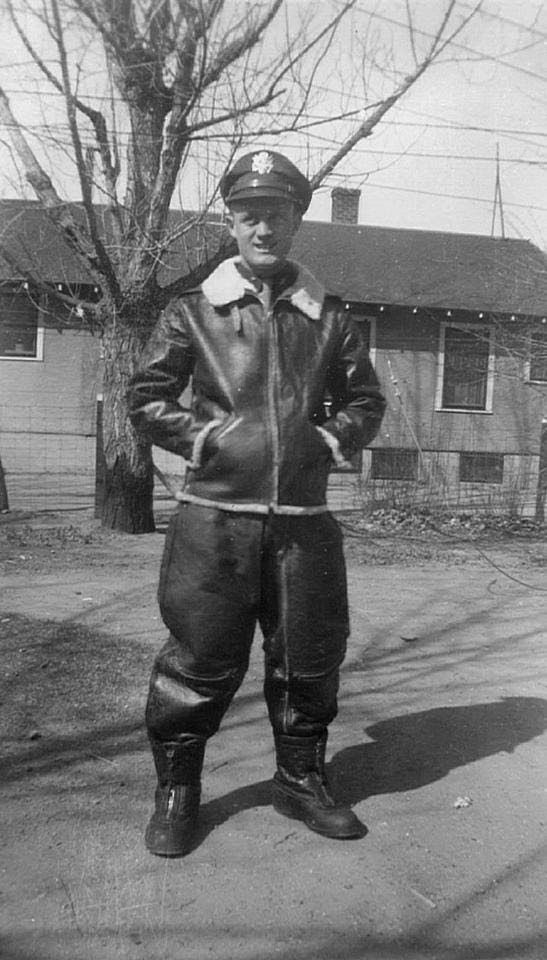 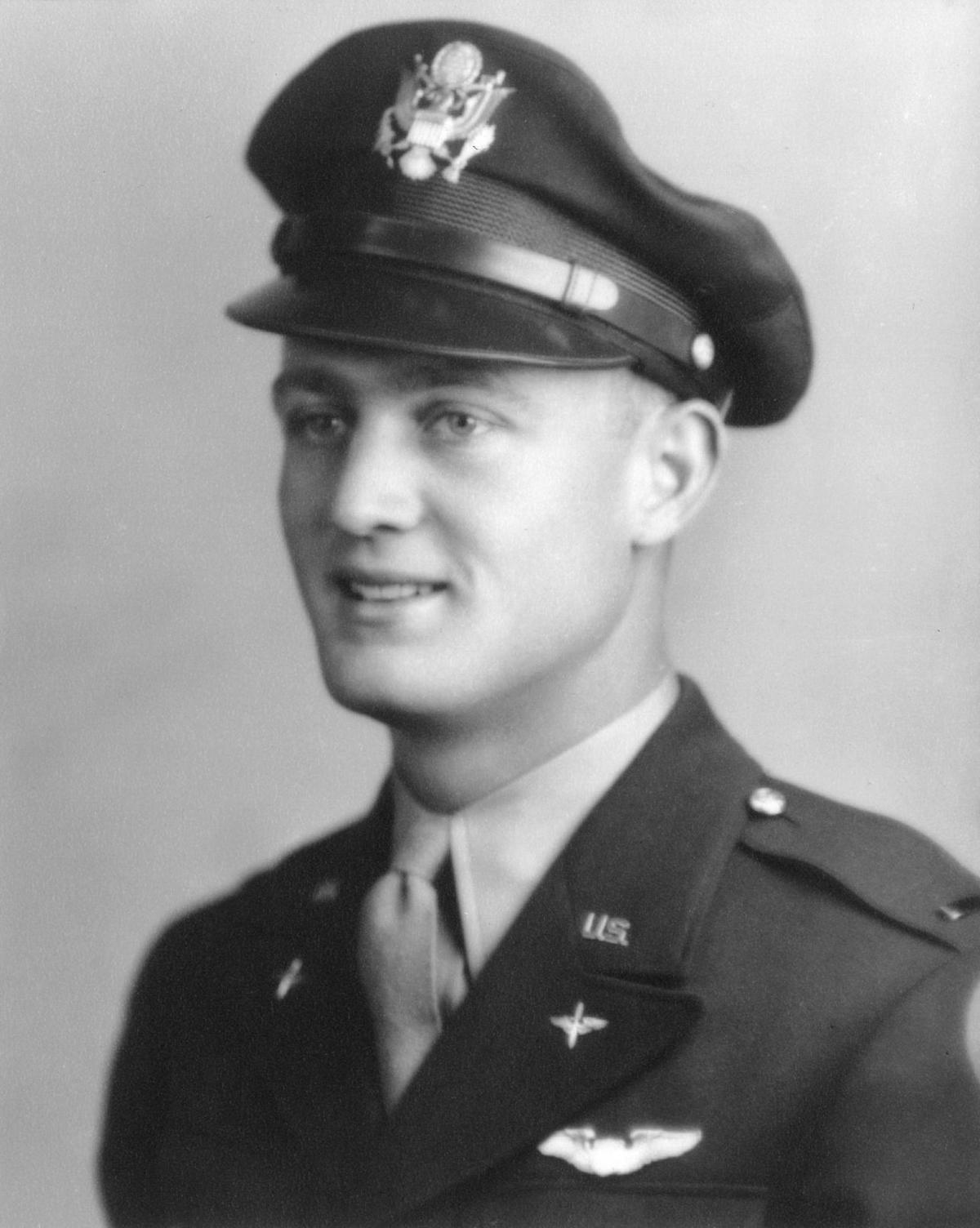 Throughout the Allied campaign to retake Europe from Nazi forces, there were few jobs more harrowing than that of a B-24 pilot and his crew.

The massive aircraft had a wingspan of more than 100 feet, and a length of about 67 feet. The B-24 Liberator was commonly referred to as “The Flying Coffin,” and it was an attractive target for German fighters as well as German anti-aircraft. Harold “Hal” Armstrong, now 96, recently moved to Lake Havasu City. Armstrong served as a bomber pilot during over Nazi-occupied Europe, as well as over North Korea less than 10 years later. On both occasions, he experienced a combat scenario far more dangerous than flying over occupied territory – which is to suddenly NOT be flying over occupied territory.

Armstrong was studying metallurgical engineering at a Colorado university when the nation was informed Dec. 7, 1941, of the surprise attack by Imperial Japanese forces against the U.S. Pacific Fleet in Pearl Harbor. With more than 2,300 Americans dead and more than 1,000 wounded, Congress issued a declaration of war one day later – and there was no shortage of Americans willing to answer the call. Armstrong was among them, and he has never regretted his decision.

“There were many red-blooded young men who thought it was the manly thing to do,” Armstrong said in an interview with Today’s News-Herald Friday. “I was in college, but I couldn’t wait to leave school and go into the service. I was angry. I don’t have any regrets … I’d be very ashamed of myself, had I not served.”

Armstrong enlisted in December of 1942, and trained at Army airbases throughout the U.S. to become a B-24 pilot. He was deployed to the United Kingdom and assigned to the Army Air Corps’ 8th Air Force, 66th Bomber Squadron, 44th Bomb Group. By the end of the war, the 44th would suffer the highest number of losses in its force.

By September 1944, Armstrong and his crew were engaged in their seventh – and last – mission of the war. They flew from Shipdam, England, in a sortie over German targets in Western Europe. According to a 2015 account by the Library of Congress’ Veterans History Project, Armstrong’s bomber had just released its payload, destroying its targets, when it was struck by anti-aircraft fire.

The aircraft caught fire, and two crew members were killed in the initial impact. Armstrong and his surviving crewmembers were forced to eject, leaping 20,000 feet from the aircraft’s single exit.

“He was young and inexperienced,” said Armstrong’s daughter, Susan Selbrede, of Havasu. “He opened his parachute too high … all the Germans on the ground had to do was follow his chute, and wait for him to land.”

Armstrong landed in a gully behind enemy lines, with Nazi forces closing in.

He freed himself from the cords of his parachute and scanned the area, but was unable to find any of his fellow crew members. Armstrong found his way out of the gully, only to find himself looking up into the rifle of a German soldier. He was captured, and taken as a prisoner of war, and remained at a Nazi prison camp near Barth, Germany, until his eventual release by Russian liberators in May 1945.

From there, Armstrong was eventually able to contact Allied forces. He and his fellow POWs were transported to France to recover, and regain their strength before returning to the U.S.

After the war, Armstrong returned to school under the GI Bill, and graduated with a degree in metallurgy. The GI Bill, however, required him to remain in an inactive reserve unit after graduation – but with one war past, another seemed unlikely to follow so soon after.

Armstrong was called back to active duty in August 1950, and was placed into the newly-founded U.S. Air Force. This time, Armstrong was assigned to pilot the B-24’s successor: The B-29 Super Fortress.

His service would take Armstrong over North Korea, where his missions included bombing runs over enemy rail depots, fuel storage sits and other targets critical to North Korea’s infrastructure. One such mission ended when Armstrong’s plane was struck by enemy aircraft fire, killing several of his crew members. As the aircraft entered a spiraling dive, Armstrong found himself in a familiar situation as he and his surviving crewmembers leapt from the plane.

“After Germany, I told myself that if that ever happened again, I was going to enjoy it,” Armstrong said.

Armstrong’s parachute opened, and he guided his course over the 38th Parallel and into South Korean territory. As the winds carried him aloft, Armstrong watched as his aircraft plummeted, with some of its ordnance still inside. The scene, as he would later describe it, was “surreal.”

After landing, Armstrong was transported to safety and soon reassigned to duty in the United States. He was discharged from the Air Force in 1953, and returned to his home in Pueblo, Colorado, where he continued his career as a metallurgical engineer until his eventual retirement.

“We’re very proud of him,” Armstrong’s daughter said. “He has so many stories … he and my mom were snowbirds, and traveled for 25 years across the country in an RV. One of their stops was here in Lake Havasu City … this May, he called and said he wanted to move here. I brought him home, and he’s become an integral part of our family.”

Armstrong now resides in Havasu with Selbrede and her husband, Klaus Selbrede. He will appear Monday at Havasu’s annual Veterans Day Parade.

“I’m looking forward to it,” Armstrong said. “There are so many good, hardworking vets here … I never made a fuss of my service, but it’s always nice to be recognized.”

‘There’s nothing to be afraid of’: Arizonans gear up for the 2020 census