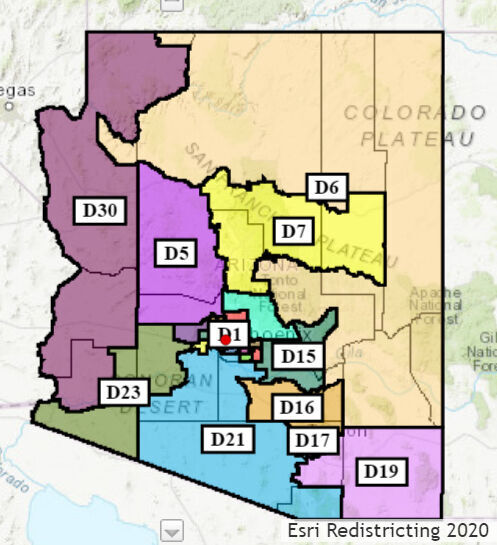 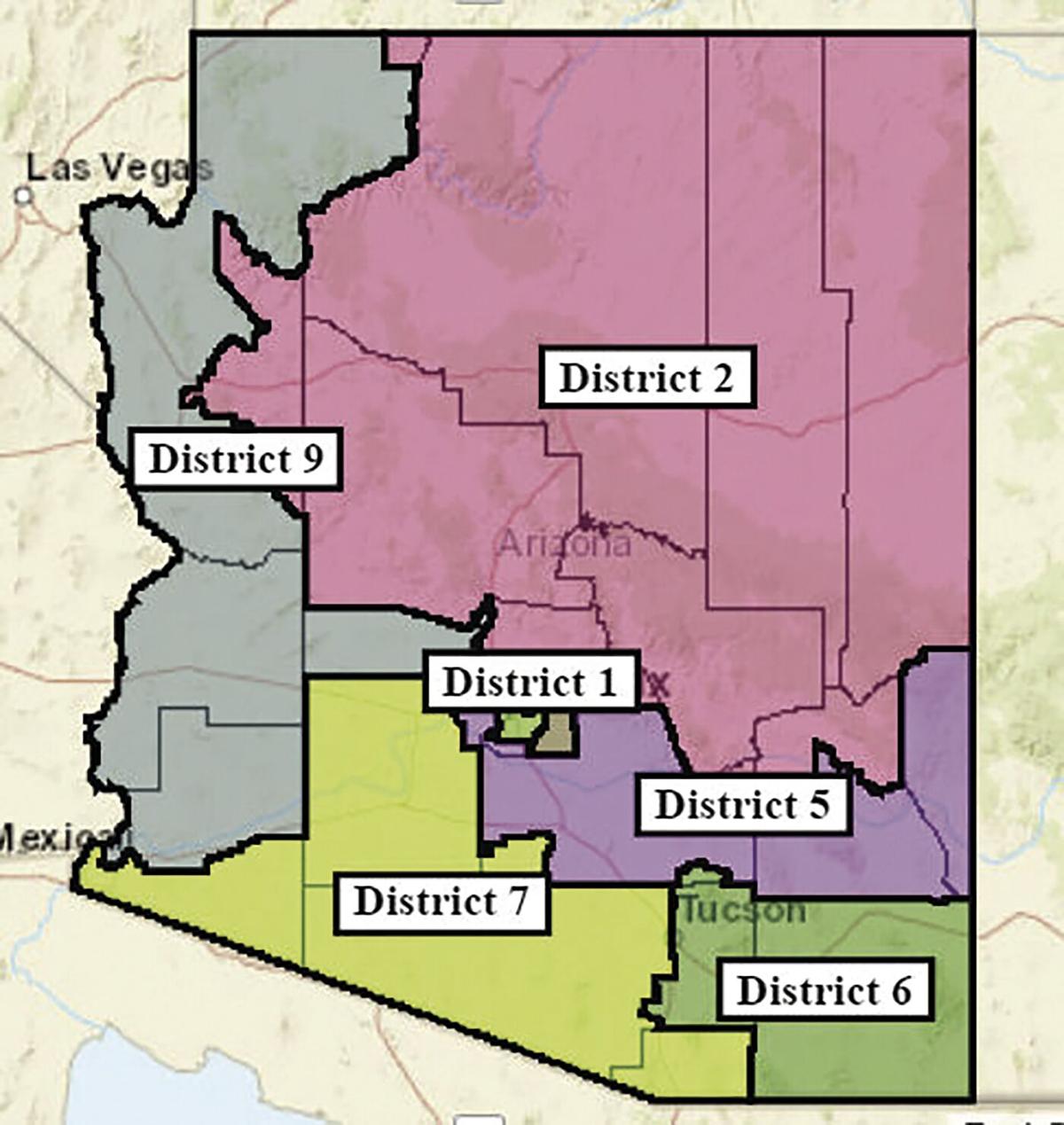 The Arizona Independent Redistricting Commission is still working on the new congressional and legislative maps with changes being made every day. But with a self-imposed deadline of Oct. 27 to approve draft maps the final boundaries are slowly coming into focus.

According to the current drafts, Mohave County is included in Congressional District 9, which combines it with a significant portion of northwest Maricopa County. As currently proposed the District 9 boundaries include Sun City West and Surprise to the north and it includes the Luke Air Force Base, Goodyear and Buckeye to the south and everything within a few miles south of Interstate 10 in Maricopa County.

As part of the conversations on Wednesday, the commission was looking at the district’s congressional border in the West Valley and discussing whether or not Sun City West and Surprise may be a better fit with neighboring Peoria, rather than Mohave and La Paz counties.

Doug Johnson, one of the committee’s mapping consultants, told the AIRC that about 70% of the district’s population, as currently laid out, would be in the West Valley even though the majority of the area is outside of Maricopa County.

“Even though it looks like a rural district … it’s actually a West Valley seat,” Johnson said.

The drafts are more similar to the congressional map created in 2000 which combined Mohave and La Paz counties with parts of the West Valley. But it is a much different map than the current alignment with District 5 encompassing Mohave and La Paz counties along the river, Yavapai County, some of the less populated portions of Maricopa County both east and west of the metro area.

“Right now CD4 goes all the way around to the other side of Phoenix, so I think it’s encouraging that it’s not so much of a vast territory,” Borrelli said. “But, like I said, these maps change daily.”

Lake Havasu City Mayor Cal Sheehy noted that reuniting Mohave County and the West Valley will certainly bring a little different dynamic, but noted that places like Sun City West also strongly lean Republican, so the area would likely continue to be represented by a conservative. Sheehy said there are several things he likes about the recent congressional map.

“We had a connection with the West Valley before,” Sheehy said. “Certainly we would like to have more connection with other rural communities, but initially this map would give like interest along the Colorado River and Colorado River users which will be important in water discussions as we move into the future.”

Sheehy said he was also pleased that Mohave County appears to be remaining largely in-tact through this round of redistricting.

The most up-to-date maps show most of Mohave County is in what is labeled as Legislative District 30. As presently laid out the district is very similar to the current Legislative District 5. Both the current and proposed districts include all of La Paz County and all of Mohave County with the exception of a swatch of land that includes Peach Springs and the Hualapai Reservation. But the proposed boundaries for District 30 stretch a little further south than the current ones, including most everything in Yuma County north of Interstate-30 but none of the City of Yuma.

District 5 State Senator Sonny Borrelli (R – Lake Havasu City) said he isn’t putting too much faith into any of the proposed maps just yet, due to the pace that they are still being changed. But he said he doesn’t have any problem with what he has seen so far in the current draft.

“It’s the river district and most of the extra area is (agricultural) anyway, so it isn’t very heavily populated,” Sonny Borrelli said of the district picking up some extra area in Yuma County. “It pulls in the Yuma Proving Grounds and all that stuff. That’s OK. I’m willing to go with that.”

Borrelli said it’s difficult to keep track of all the changes being made and proposed, but citizens should voice their concerns and priorities to make sure that the final districts make sense.

“The maps change daily, so we just want to make sure that folks here voice their concerns so they don’t gerrymander us into Maricopa County who we have nothing in common with,” he said. “It takes people from each district to voice their concerns and make sure that the maps stay closely to the intent – communities of interest and the right border lines. We don’t want the lightning-bolt looking gerrymandering because it’s ridiculous.

Mohave County District 3 Supervisor Buster Johnson said he is fine with both the legislative district and the congressional district proposals that he has seen.

“I don’t know that it is going to change much in our district,” Johnson said. “Our district stays pretty strong in their beliefs and on who they elect, so I don’t think it will change much at all. A lot of people get upset because, what does Phoenix have in common with us? But it is numbers. They have to go find numbers, and they have to reach into Phoenix to get the numbers and divide everybody up. At the same time you’ve got to look at demographics and keep minority groups together, so there is a lot that those people have to take into consideration.”

Johnson said a less prominent form of redistricting may end up having a larger impact on people’s actual day to day lives – the Justice Court redistricting handled by the county.

“That will be the one that will affect us locally,” he said. “So if you get a ticket or have to go to court you may have to go to a court that is farther away.”

Johnson said the Board of Supervisors has hired a consultant who is scheduled to come to the next board meeting in November to present options for redrawing the boundaries that will determine which justice court in the county a person would report to. Although Lake Havasu City residents will always be in the Havasu justice court’s jurisdiction, Johnson said figuring out where residents in some of the outlying areas like Yucca should go can be tricky. He suggested residents in those areas stay engaged as the board discusses it.

WASHINGTON — In the second holiday season of the pandemic era, goods may cost more…