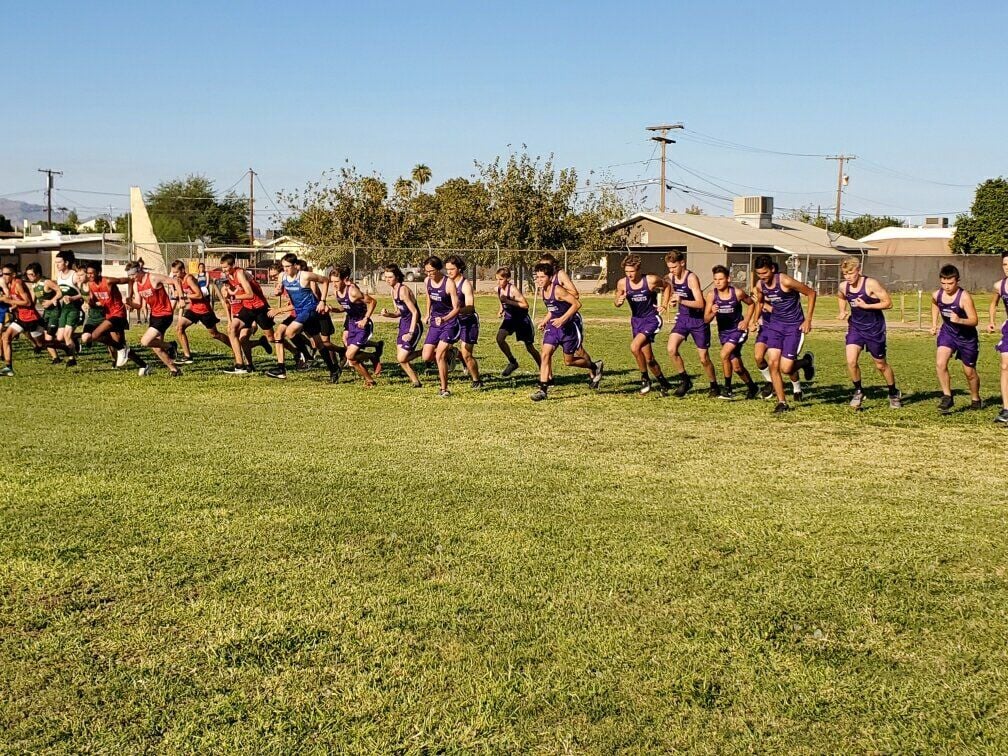 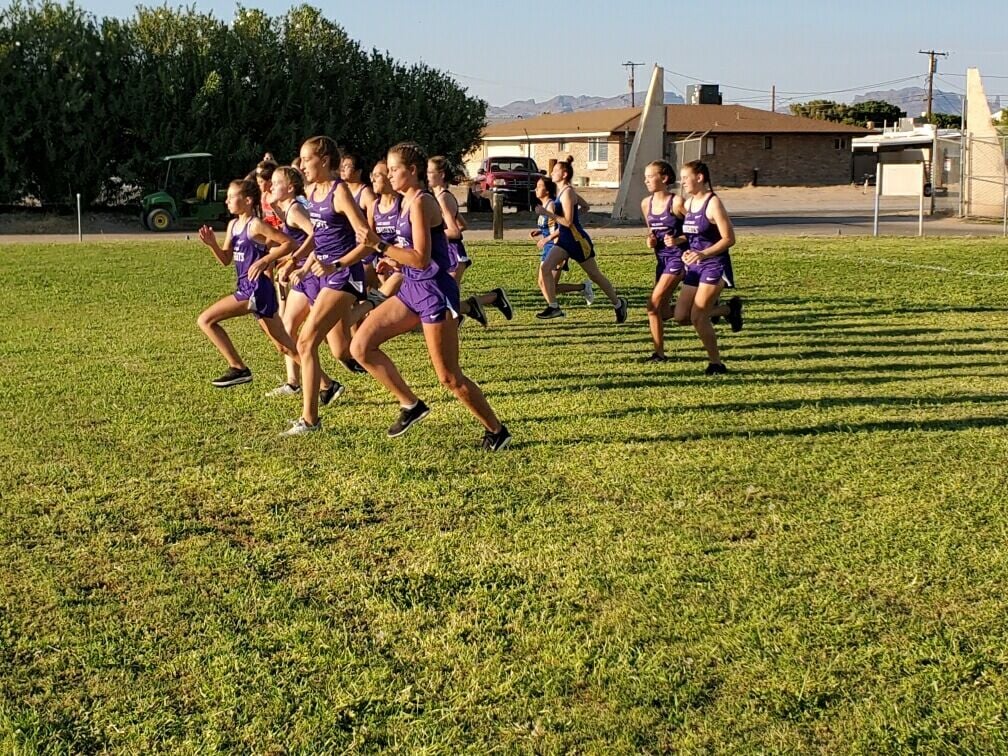 The Lake Havasu boys and girls cross country teams each had top two finishes in their respective divisions at the Parker Multiple meet in Parker on Wednesday.

The girls finished in first while the boys placed second behind Lee Williams. The other teams that ran on the 5,000-meter course were Kingman, Mohave and Parker high schools and Kingman Academy.

On the girls side, Isabella Sloma and Alyssa Musselman of the Knights had the two fastest times overall on the Parker trail. Sloma came in first after recording a time of 23:17 seconds and Musselman finished in second at 24:45. Katie Bell (25:23, fourth place), Celeste Switzer (26:57, fifth) and Lorena Hansen (27:11, sixth) had next fastest times for Lake Havasu behind Sloma and Musselman.

“They really been the only complete team in a lot our meets lately because the other schools don’t quite the required five athletes to count as a team,” Lake Havasu head coach Erika Washington said. “So when the girls race, they try to focus on their personal efforts and getting their own times to improve from week to week so we can make sure we’re ready for sectionals.”

As for the boys, the Knights (30 points) finished five points behind the Lee Williams Volunteers despite having two runners – Zachary Hansen and Joshua Lumpkin – coming in first and second place. Hansen, who is the only senior on the boys team, recorded a time of 17:56 while Lumpkin finished at 18:06.

The next five finishers in the boys race were from Lee Williams, which catapulted the Volunteers to win the meet. The Knights have beaten Lee Williams once this season at the Kingman Multiple meet while the Volunteers have finished on top of Lake Havasu three different times this year.

“They’ve really been the main team we’ve been battling with all season,” Washington said.

Even though the boys had seven runners finish in the top 12 and the girls had six in the top five, Washington said no one from either team were satisfied with their times.

“I know some of the kids were a little upset about their times, but I don’t think it reflects the effort they put in today.”

The Knights will look to improve upon their times when they return to competition for the Mohave Invitational at Rotary Park in Bullhead City on Oct. 24. After, Lake Havasu will return to Kingman for the Colorado River Regional meet on Oct. 28.

ARLINGTON, Texas (AP) — A World Series like no other opens Tuesday night with Clay…

A return to Sherwood for Tiger, Mickelson but few others

THOUSAND OAKS, Calif. (AP) — Sherwood Country Club again is hosting some of the wo…

Photos: WORCS races through the weekend