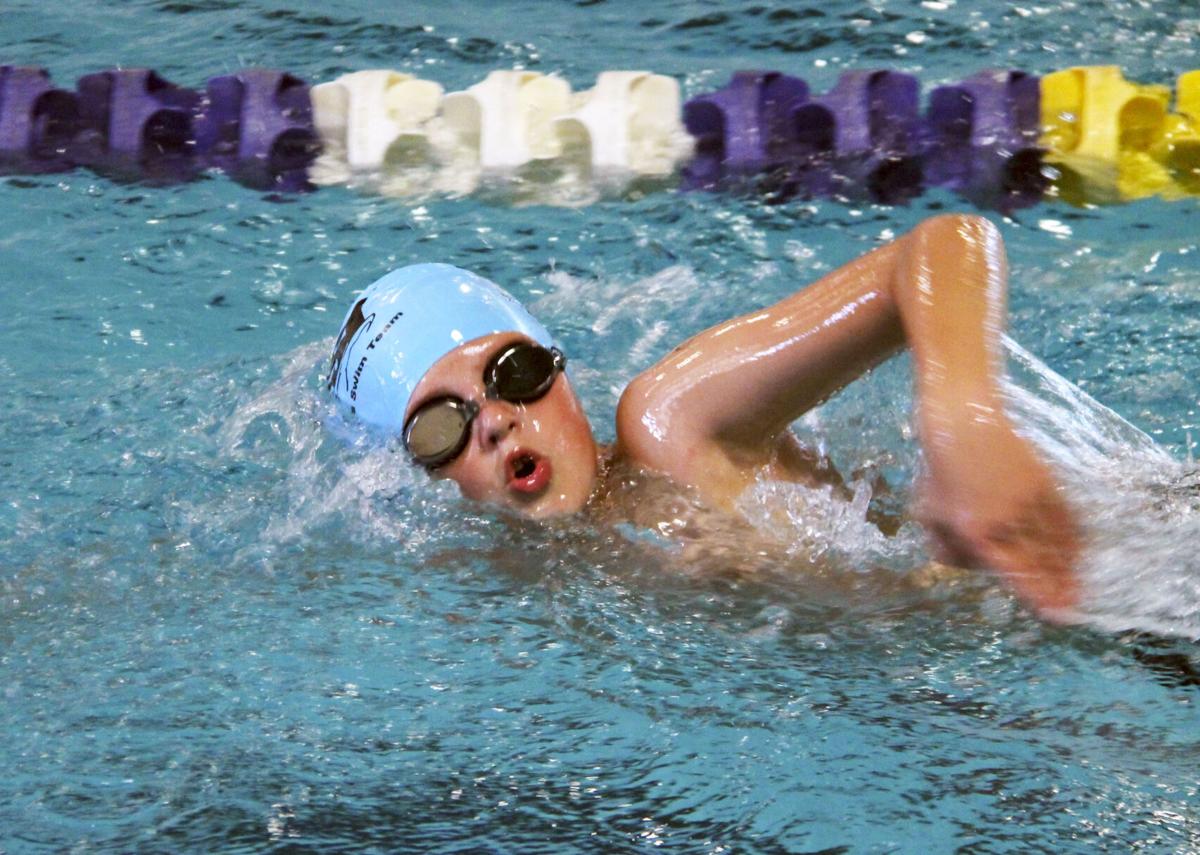 Barrett Parker swims up the lane during the 2021 Swim-A-Thon at the Lake Havasu City Aquatic Center on Saturday. 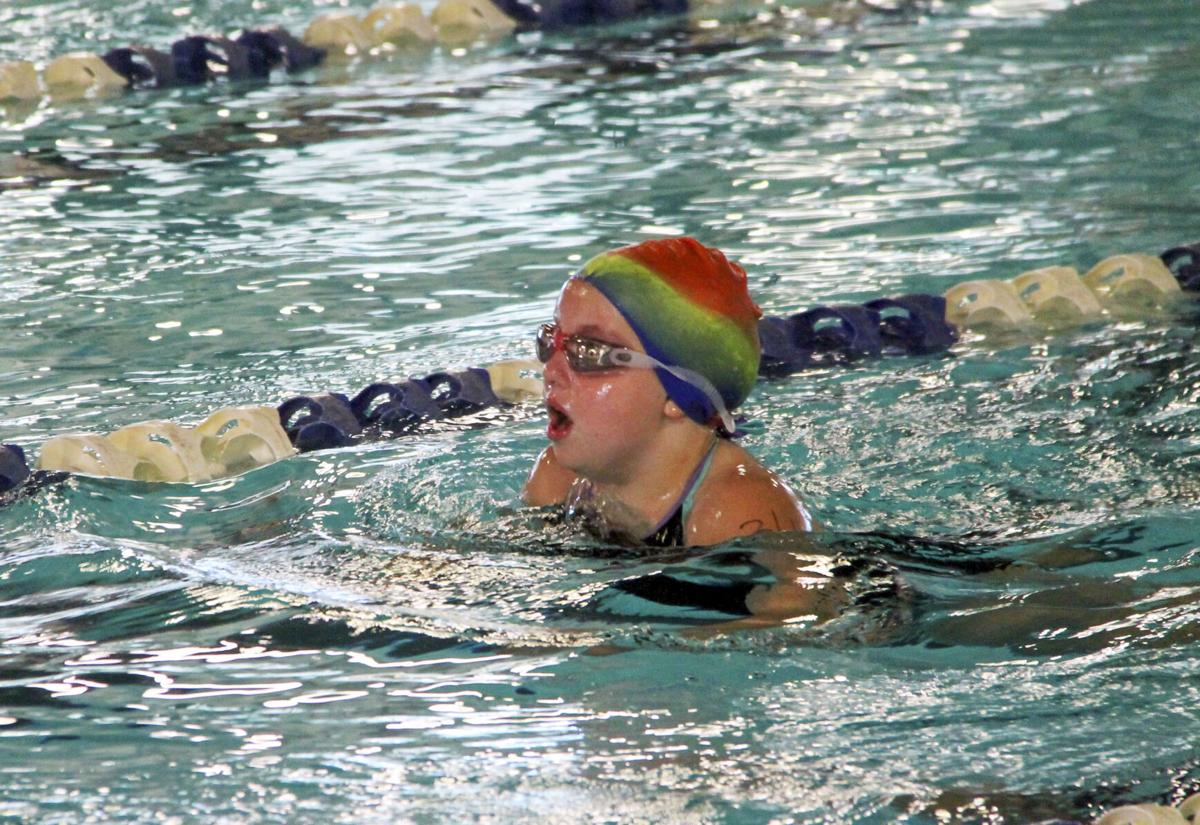 Riley Hayes swims up the lane during the 2021 Swim-A-Thon at the Lake Havasu City Aquatic Center on Saturday. 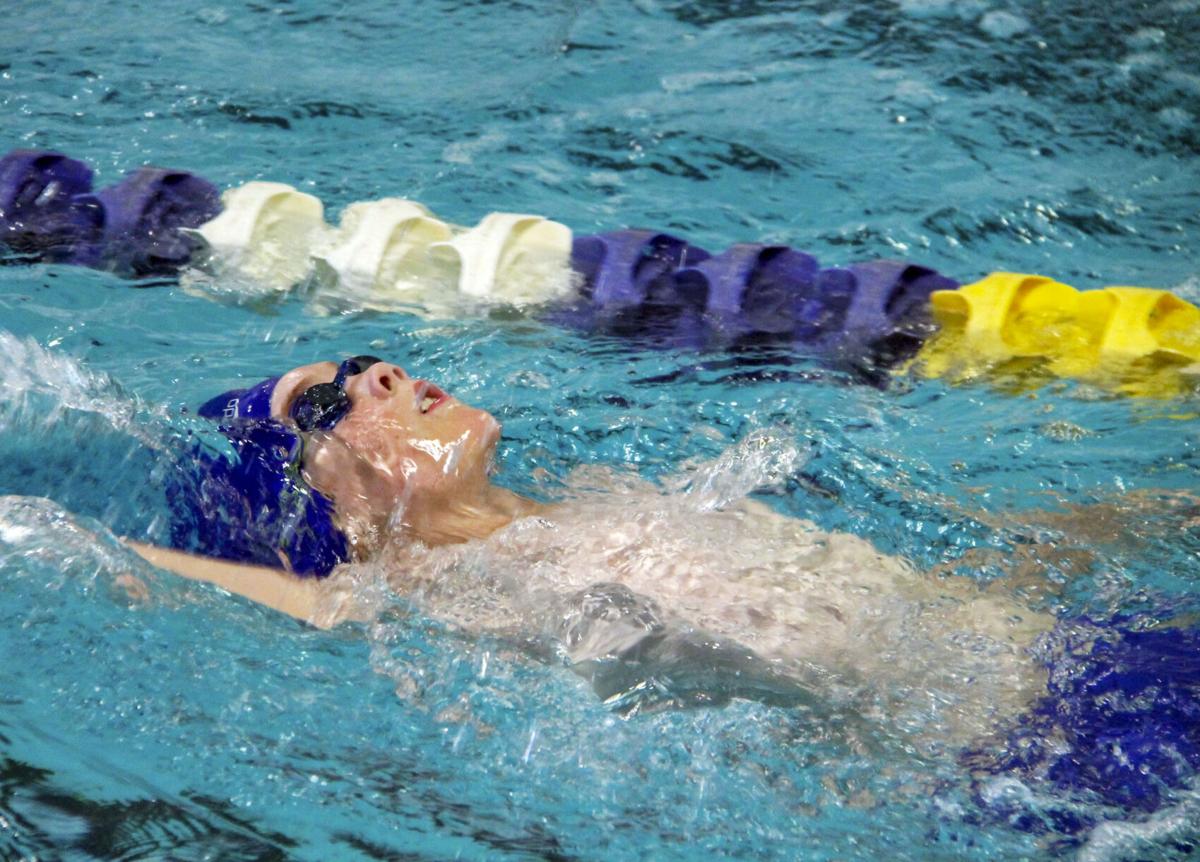 Parker Bowen swims up the lane during the 2021 Swim-A-Thon at the Lake Havasu City Aquatic Center on Saturday. 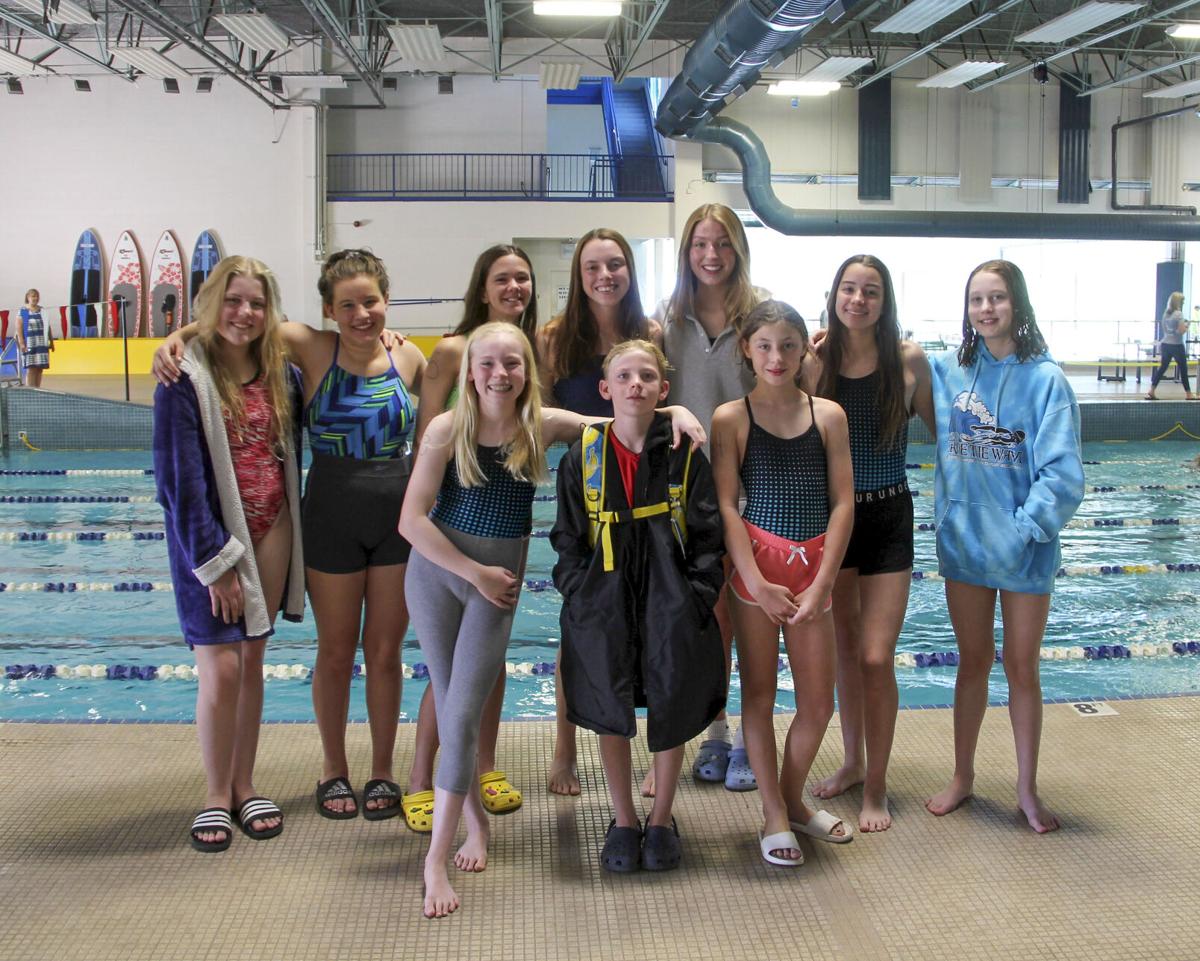 Barrett Parker swims up the lane during the 2021 Swim-A-Thon at the Lake Havasu City Aquatic Center on Saturday.

Riley Hayes swims up the lane during the 2021 Swim-A-Thon at the Lake Havasu City Aquatic Center on Saturday.

Parker Bowen swims up the lane during the 2021 Swim-A-Thon at the Lake Havasu City Aquatic Center on Saturday.

The Swim-A-Thon, which took place at the Aquatic Center, is considered the biggest fundraiser of the year for the Stingrays. This year’s event held more significance than usual because the Stingrays couldn’t hold meets or compete anywhere after their 2020 season was shut down last March due to the covid-19 pandemic.

“The kids were excited because it’s been a long time since they’ve been able to do an event together and support each other,” Stingrays event coordinator Lacy Vessells said. “(They get to) see how they’re doing swim wise and (be competitive) with each other because we haven’t had swim meets in a long time.”

The Stingrays, who swim year-round, didn’t compete until this past January with their Ride the Wave event. The Aquatic Center was shut down for the majority of 2020 from March until October. The Stingrays were finally allowed to swim at the facility when it opened up.

“It wasn’t just Lake Havasu, my whole industry shut down last year,” Stingrays coach Wes Sinclair said. “No one was swimming except Olympic level swimmers who found people with homes with pools and let them come in.”

Sinclair, who has coached for 31 years, is currently in his first year coaching the Stingrays. He has coached club teams throughout the country including stops in Tennessee, Indiana, Ohio, California and Washington. He also served as a graduate assistant for the swimming and diving program at Auburn University.

Saturday’s fundraising goal was $20,210 and the Stingrays raised $16,024 at the time this article was published. They won’t have the final tally for the next few days, as donations are still being counted, Vessells said. The Lake Havasu Stingrays Swim Team serves a 501© (3) non-profit organization.

“You have to do fundraising, the team can’t survive just on dues alone,” Sinclair said. “With only one one-day meet as a fundraiser, it’s essential.”

Donations were either made to the team or to a particular swimmer per lap. Swimmers in the Stingrays are in the 6-18 age group and had two full hours to swim 200 laps Saturday. Kids were split into two separate groups by age.

“We were hurting from having to be shut down last year with,” Vessells said. “That’s why we’re really trying to push the donations this so that we can keep going.”

Top finishers from the older group on Saturday (starting from the first swimmer to finish) were Aaron Miller, Joshua Canton, Fiona Janik, Aubrey Vessells and Olivia Badaracco. The top finishers in the younger group were Barrett Parker, Daniel Phelps, Sierra Johnson, Anna Bengard, and Payton Reeves. Miller completed the 200 laps in under two hours, finishing his swim in one hour and 10 minutes.

Saturday’s event served as a qualifier for the Stingray’s Eighth Annual Coach Mike Taylor Memorial Lake Swim on May 25. Taylor was a former Stingrays coach who died in 2013. Taylor originally started the Lake Swim in 2007.

A total of 24 swimmers qualified for the three-mile event that goes through the Bridgewater Channel, which will be closed for motorized watercraft vehicles that morning. Kayaks and paddle boards are allowed on the channel. There could be more qualifiers, as the Stingrays are holding a make-up swim on Wednesday at the Aquatic Center.

The Lake Swim starts at the beach at Rotary Park, continues up the channel, under the London Bridge, to the Windsor buoy at the north end of the channel and it loops around back to the beach.

The channel will be shut down from 7:45 a.m. to 10 a.m. for the lake swim. In addition to four triathletes, the Lake Swim is expected to have 28 swimmers.

“Since it’s at the channel, we’re looking forward to more community support,” Stingrays secretary Christy Badaracco said. “People can walk along the channel and encourage the kids…it’ll be more open. More people would be able to see.”

Chances fade for banned runner to race at Olympic trials