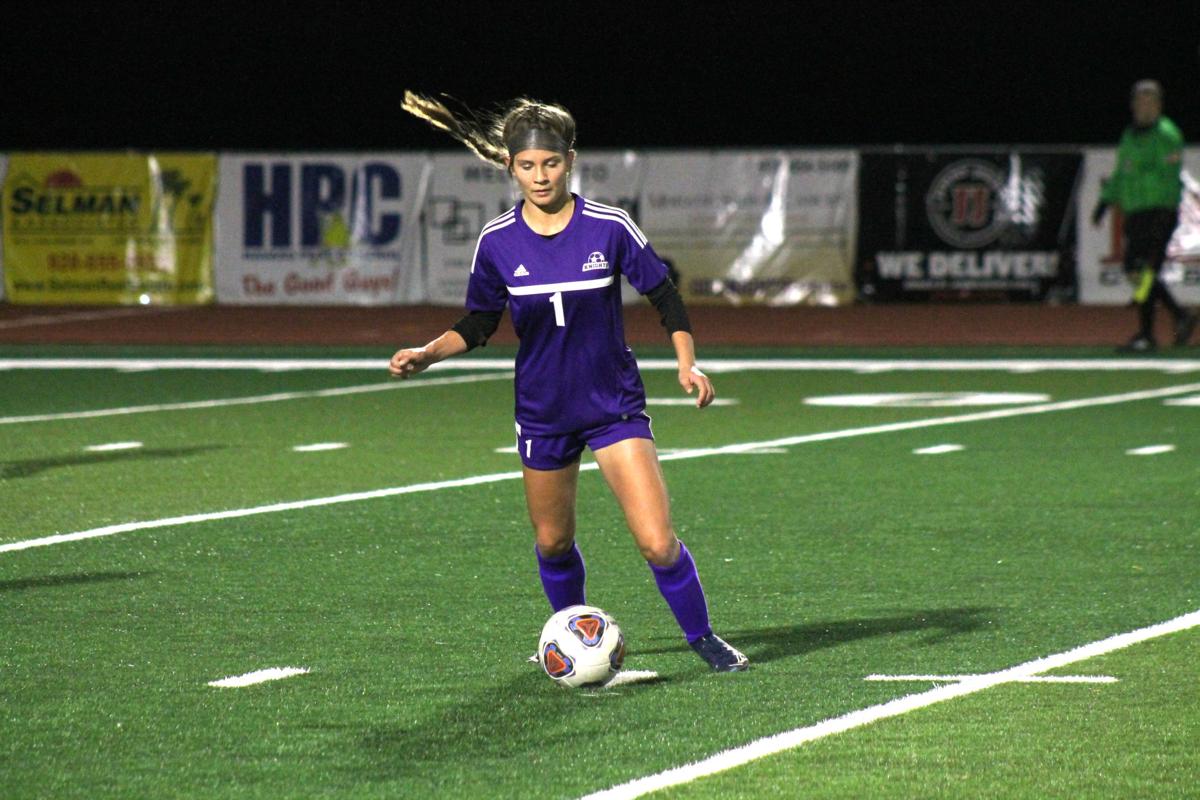 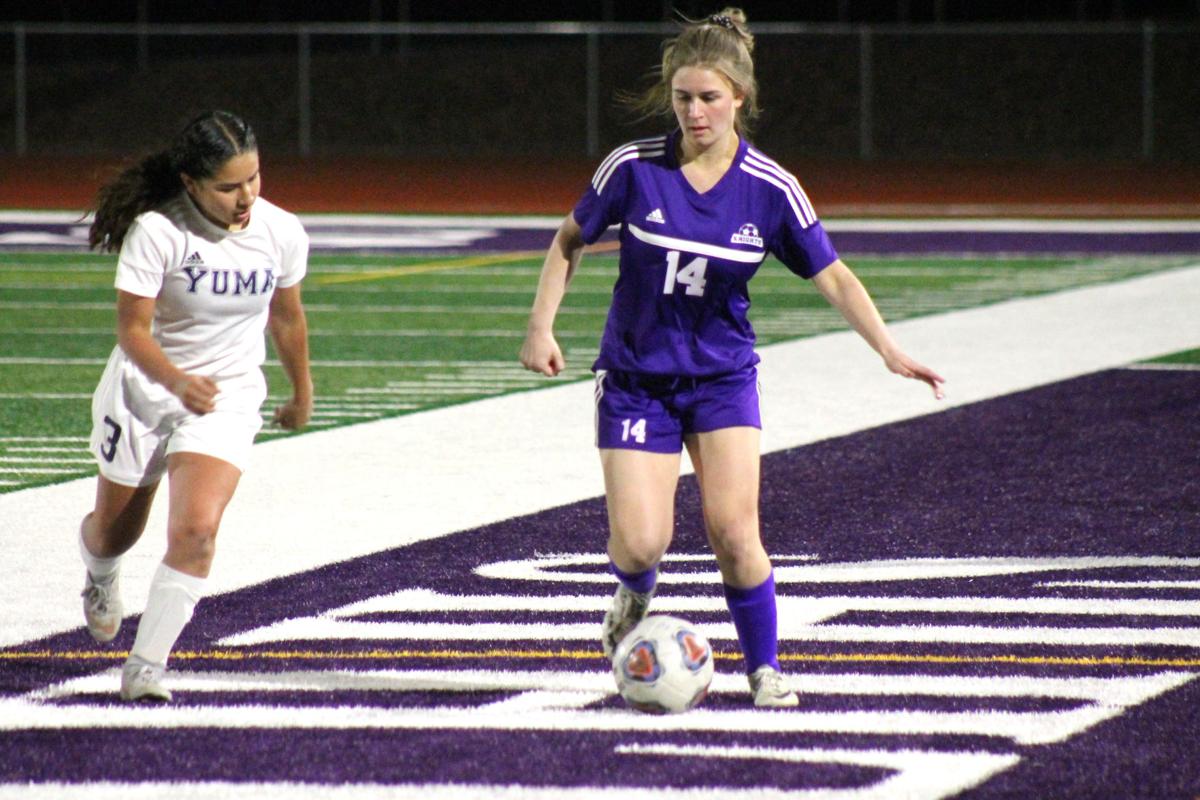 In its first match in 23 days, the Lake Havasu girls’ soccer team didn’t show any signs of rust in an 8-0 win over Yuma on Friday night at Lee Barnes Stadium.

The match was called after 60 minutes due to the Arizona Interscholastic Association’s mercy rule.

Junior Kendra Park provided the firepower for the Knights (5-3-1) as she scored a season-high six goals.

“The girls were spot on tonight and it was the best passing game that they’ve had all season,” said head coach Josh Kistler. “Our statistician ran out of room for passes for some of the girls tonight.”

The match started innocently enough, with Lake Havasu clinging to a 1-0 lead 18 minutes into the action. However, over the next 14 minutes, the Knights found the back of the net five times to extend their lead to 6-0. The score remained the same into halftime.

The first came when she followed the rebound of her initial shot after it bounced off the keeper’s hands and scored.

The final goal of the night occurred when freshman Kayden Mortenson pushed the ball into Yuma’s zone and sent a shot. As the Criminals attempted to clear it, a Yuma player scored an own goal. Park was the closest Knight to the play and was credited with the goal.

Senior Summer Evans and junior Izzy Kistler each added a goal of their own for Lake Havasu.

“Summer killed it with her passing and Kendra with her goals,” said Kistler. “Overall, the whole team did amazing.”

Next week, the Knights will have matches on back-to-back days as they host River Valley on Monday at 6 p.m. then hit the road to take on Lee Williams at 6 p.m. on Tuesday.

Lake Havasu has outscored River Valley 10-0 in two wins this season, but against Lee Williams, the Knights have suffered a loss and played to a draw.

“If they can play their passing game like they did tonight, it’ll be a win,” said Kistler. “I’m not afraid to face Lee Williams.”

FRISCO, Texas (AP) — Now this was a perfect ending for North Dakota State, with it…

A swim to remember