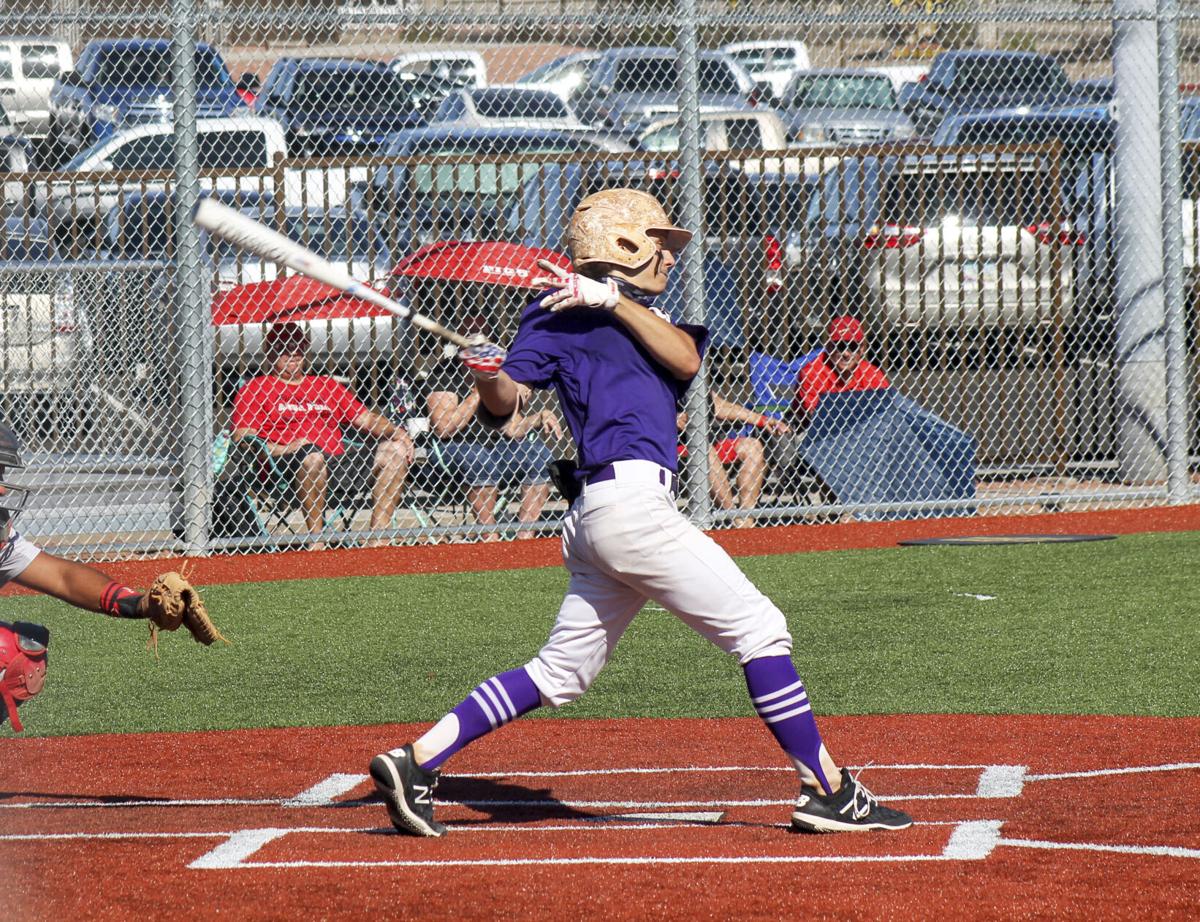 Lake Havasu outfielder Kaden Twyman swings at a pitch during the first inning of a Desert West game against Agua Fria at John M. Wade Memorial Field on Friday. 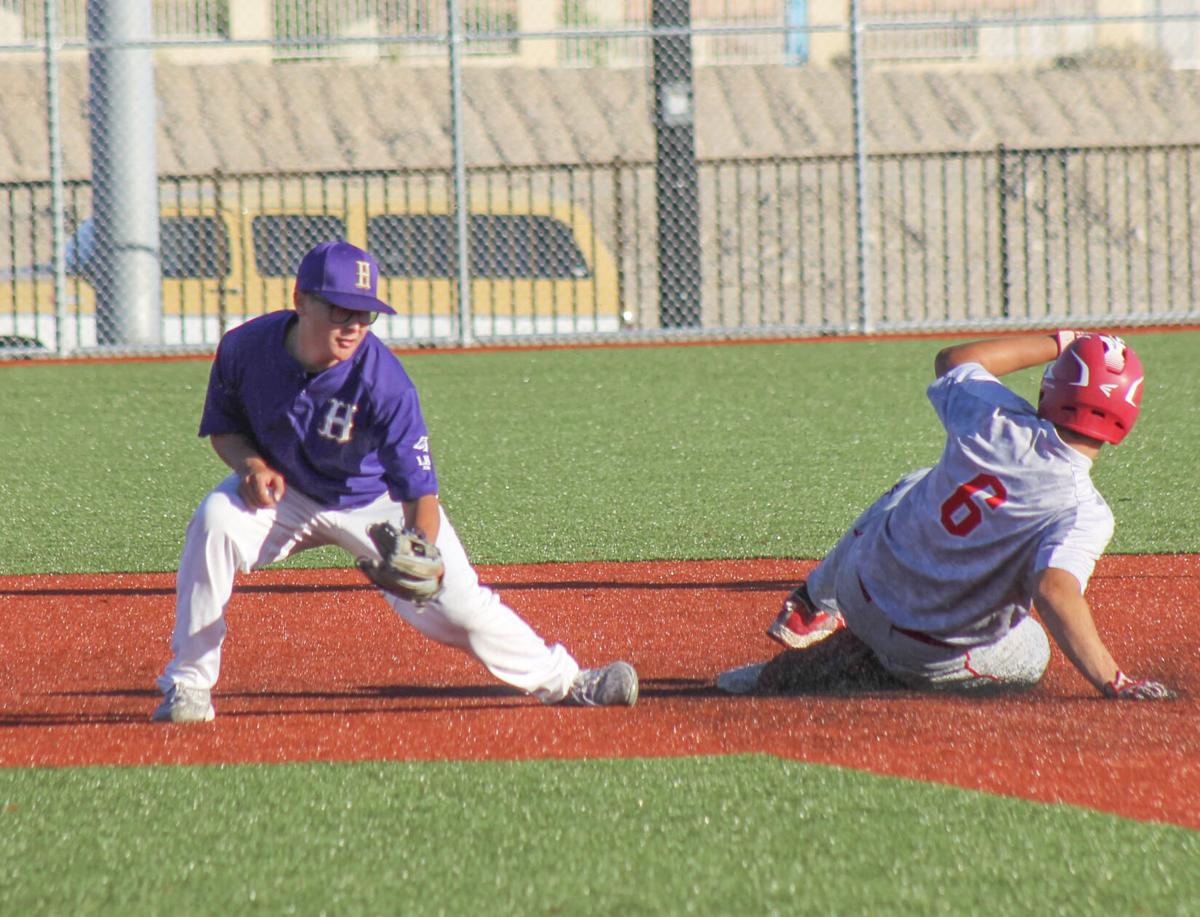 Lake Havasu outfielder Kaden Twyman swings at a pitch during the first inning of a Desert West game against Agua Fria at John M. Wade Memorial Field on Friday.

After a tough season, the 2021 campaign will officially come to an end for the Lake Havasu baseball team on Monday.

The team’s season finale against Lee Williams will be the final time that six Havasu seniors will don the Knights uniform. Pitcher Colton Bagshaw, one of those six seniors, is set to make his final high school start and will look to end his senior year strong after a couple of tough outings this season.

Bagshaw has enjoyed success this season as the team’s leadoff hitter. He currently has the Knights’ best batting average at .362 and also leads the team in hits (17), runs (15), walks (16) and stolen bases (eight).

Kaden Twyman, who has the team’s third best average at .340, is another senior making his final prep start on Monday.

“We’re just going to come out here, especially us seniors and we’re going to play our hardest,” Twyman said. “Most of these guys are not going to be able to step on the ball field again, so I’m excited to see what’s going to happen.”

Twyman was 2-for-4 and knocked in two runs for Havasu in Friday’s 4-3 home loss to Agua Fria. The senior gave the Knights’ its only lead of the game with a run-scoring single that put them ahead 1-0 in the first inning. Bagshaw scored on the play after stealing second and being hit by a pitch to lead off the bottom of the frame.

Agua Fria took a 2-1 lead after scoring a run in each of the second and third innings. Havasu tied the game with an RBI groundout from Austin Lombardo in the bottom of the third, but Agua Fria took the lead back in the next inning.

A two-run single from Raimundo Heredias gave the Owls a 4-2 lead after Knights’ starter Nick Sinclair allowed a single, a walk and threw a wild pitch. Twyman hit another RBI single that scored Bagshaw again to cut the Owls’ lead to one run, but after the former advanced to third with a steal and sacrifice fly, Levi Cook filed out to right field to end the inning.

Espn Simpson recorded the sac fly after being a couple of feet away from a two-run home run.

“We were hitting pretty good, we just couldn’t get the key hit with runners in scoring position,” Twyman said. “It was definitely better in the last game (against Agua Fria). Last game, we didn’t have as much energy and any focus at all, but in this game, we came ready to go. We just didn’t have that key hit.”

Both losses to Agua Fria this season have been one-run games. The Knights fell to the Owls 5-4 on the road on March 20.

On Friday, the Knights left a total of 11 baserunners including two in each of the fifth and sixth innings.

Lombardo led off the fifth with a single and Max Vetter, who entered the game in the fourth in place of Ryan Blondell, drew a walk. Cole Fuller moved both of them with a sac bunt, but Lombardo and Vetter were left stranded after Colin Clifford grounded out and Quinten Anderson flew out to center field.

With two outs in the sixth, Simpson and Cook each hit singles, but a pop up from Lombardo ended the inning. The Knights were retired in order in the seventh.

“We hit pretty well, we’re swinging the bat now,” Bagshaw said. “We’re making contact, it’s just not where we need to be.”

Sinclair pitched four innings, allowed four runs (two earned) on four hits and four walks. The junior only pitched one clean inning, which was a 12-pitch 1-2-3 outing in the first. Sinclair finished the game with 73 pitches and two strikeouts.

Rivas pitched in relief during the final three frames and gave the Knights a chance by keeping the Owls scoreless in his appearance. The senior allowed one hit – a single – and threw three strikeouts in his outing.

The loss drops the Knights to 4-12 overall and concludes their Desert West schedule at 1-7.

Havasu will cap off the 2021 season against Lee Williams at John M. Wade Memorial Field on Monday at 5 p.m. The Knights lost to the Volunteers 9-7 on the road on March 24. Lee Williams is vying for a playoff spot with a 10-5 record and a No. 12 ranking in 4A.

“They’ve done a lot for the program,” Knights coach Cullen Stahl said about the program’s seniors. “We’re going to miss them and hopefully we battle.”

The Lake Havasu baseball team were not short of baserunners Friday, but 11 of them…

There wasn't much Bobby Unser wouldn't do to promote the Indianapolis 500, which i…

Gallery: Knights host Stampede in first round of D-II playoffs