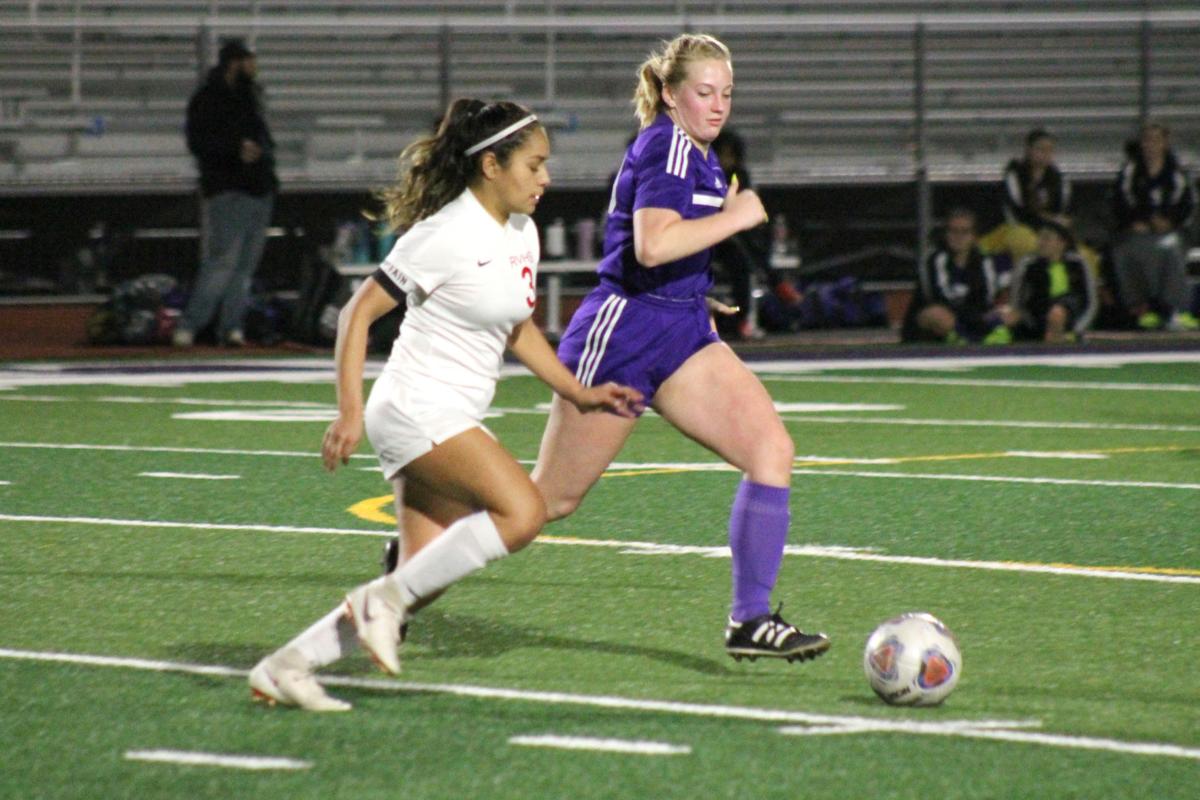 Lake Havasu sophomore Annika Meyers battles for control of the ball against a River Valley defender. Meyers scored her first goal of the season in the win. 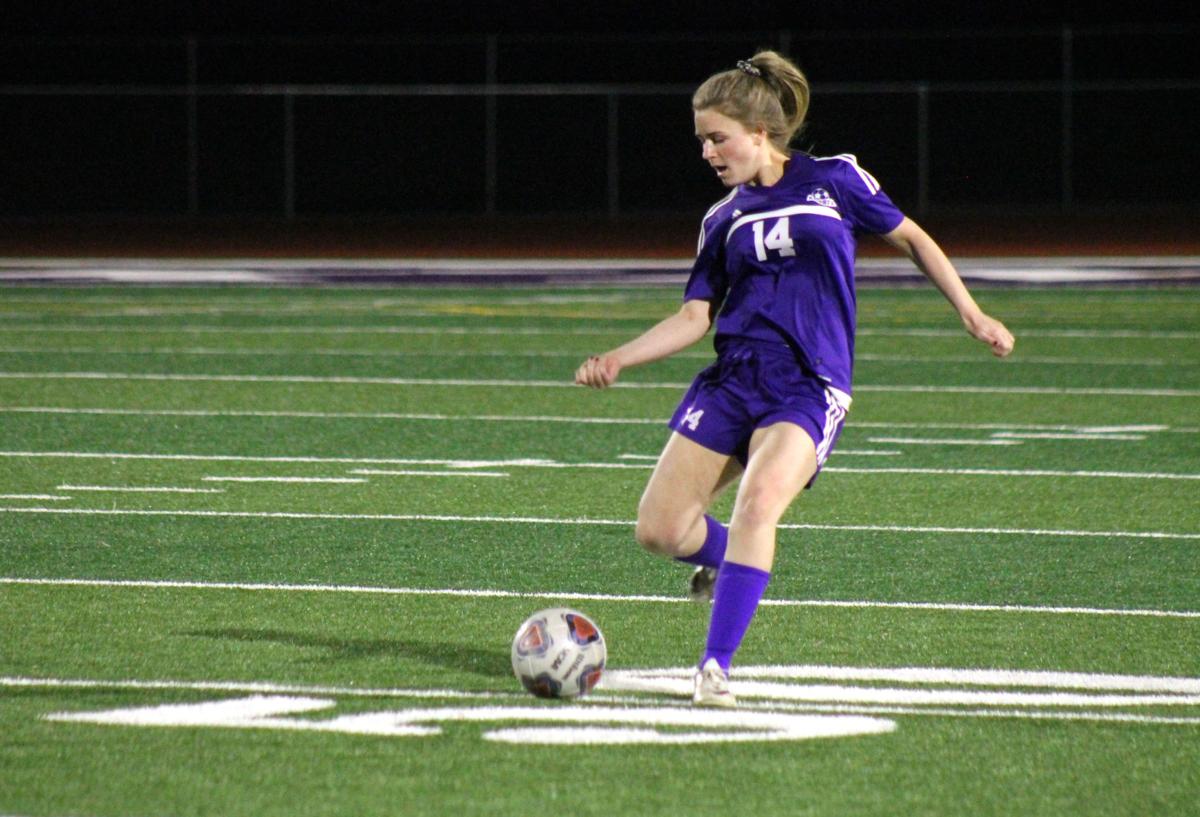 Lake Havasu senior Vanessa Crist sends a ball up field during the Knights' 6-0 win over River Valley on Monday night.

Lake Havasu sophomore Annika Meyers battles for control of the ball against a River Valley defender. Meyers scored her first goal of the season in the win.

Lake Havasu senior Vanessa Crist sends a ball up field during the Knights' 6-0 win over River Valley on Monday night.

Facing River Valley for the third time this season, the Lake Havasu girls’ soccer did exactly what it did in the previous two matches, a shutout win.

The Knights (6-3-1) won 6-0 on Monday night and were led by junior Kendra Park, who scored four goals in the win. Last time out, Park scored a season-high six goals.

In Monday’s match, she had numerous opportunities to add to her total but had several near misses, including one which his the cross bar. River Valley’s keeper also made a number of saves, despite allowing the six goals.

Although Lake Havasu won 6-0, head coach Josh Kistler was not impressed with his team’s performance.

“I wasn’t too happy with this game,” he said. “The last 10 minutes of the game, I thought was pretty good soccer. But compared to our Friday game, which was just an amazing game.”

The Knights took an early lead on a goal from sophomore Jewell Rusch, her first of the season. According to Kistler, Rusch said she was going to score before the match.

“She told me she was going to score tonight and I said ‘you better,’” he said with a laugh.

Park scored the next two goals Lake Havasu. The first coming off a corner kick from junior Summer Evans. Park’s second goal of the night saw her weave through a seam in the defense with some impressive dribbling and find the back of the net.

The Knights took a 3-0 lead into halftime and were unable to score until well into the second half until sophomore Annika Meyers shot one through for her first goal of the season.

Park added her final two goals in quick succession later on to cap the scoring.

Lake Havasu will face Lee Williams today on the road at 6 p.m.

The Knights lost their season opener 4-1 to the Volunteers and later played to a 1-1 draw in the Mohave County Soccer Tournament.

ESPN's Mendoza: Fiers should have gone to MLB, not reporter

A swim to remember