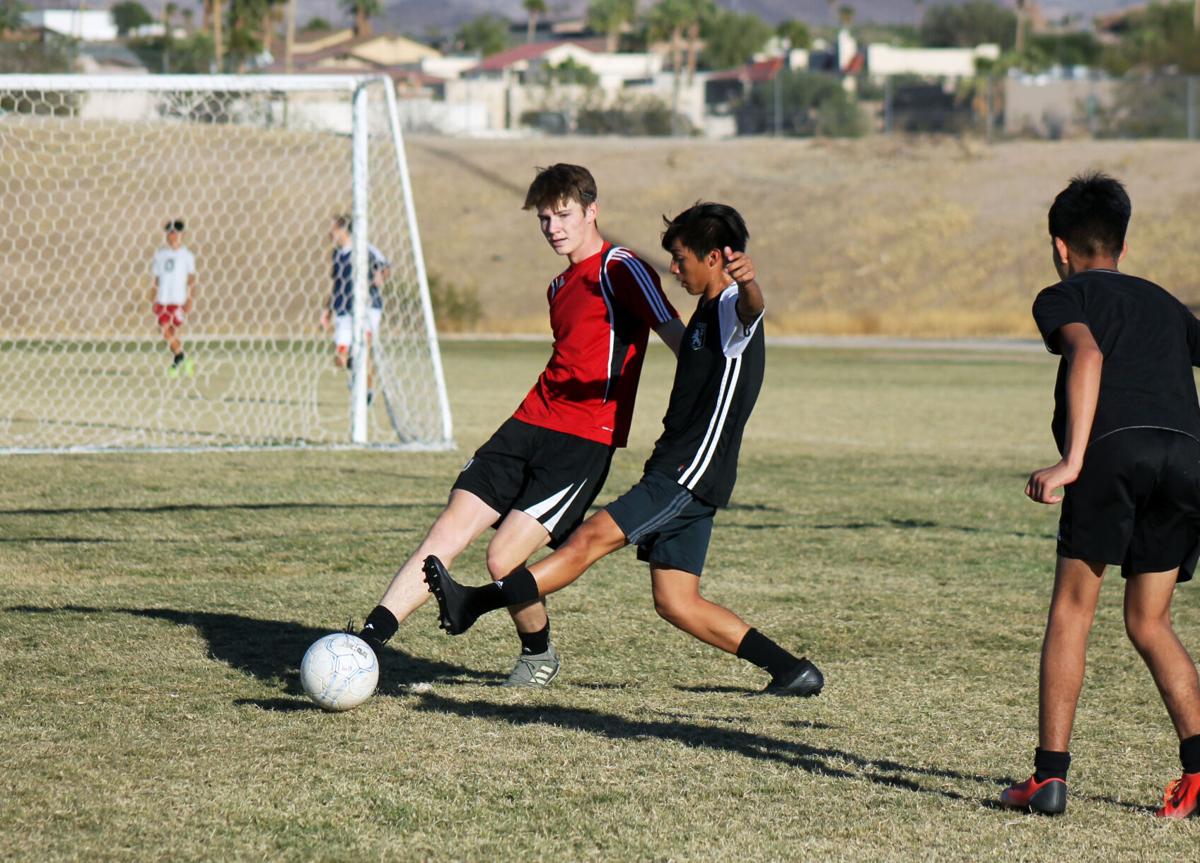 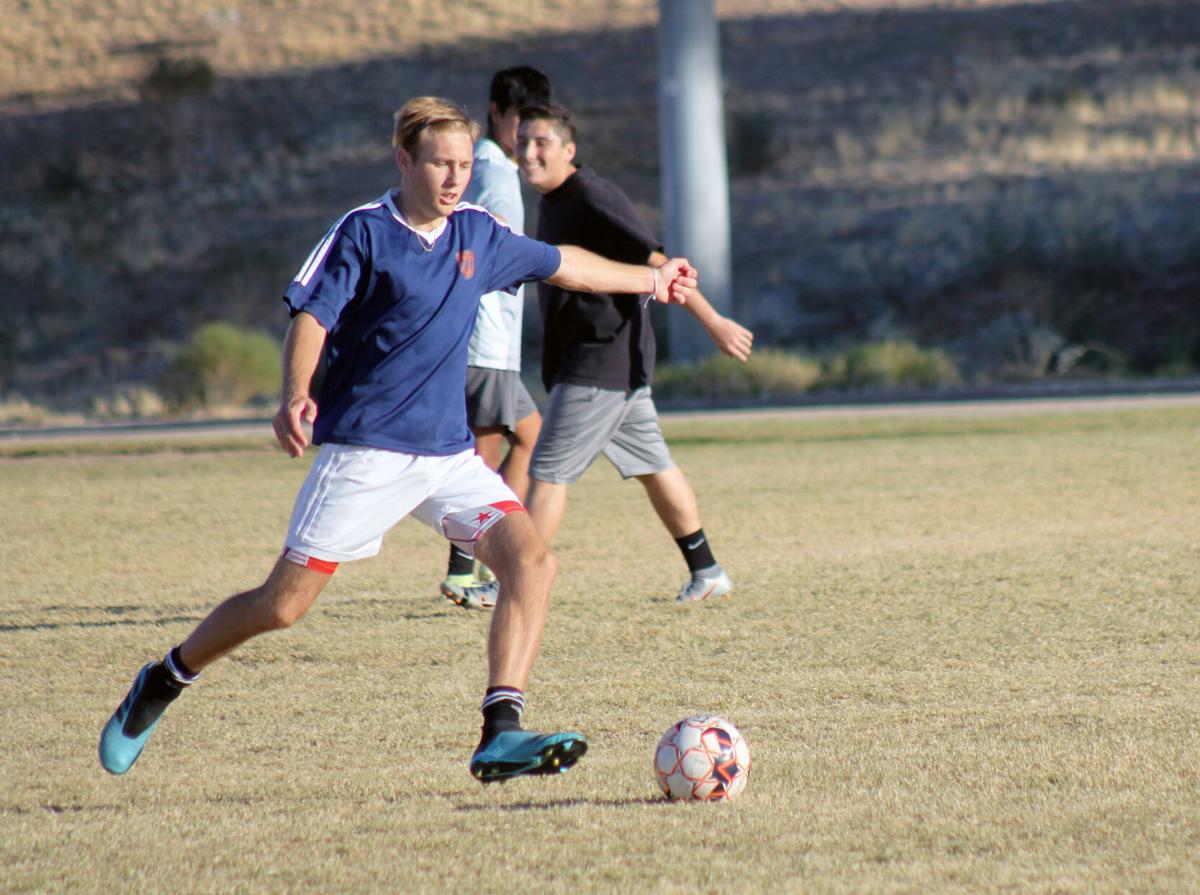 Lake Havasu senior striker Tristan Fowler participates in a drill during a practice at the Arizona State University at Lake Havasu campus on Tuesday.

Lake Havasu senior striker Tristan Fowler participates in a drill during a practice at the Arizona State University at Lake Havasu campus on Tuesday.

It remains unknown when the Lake Havasu boys soccer team will play this winter, but one thing for sure is there’s high expectations after a 19-win season.

“I expect to make the playoffs, I don’t hope for it,” Knights head coach Christina Gibbs said. “I expect that we should be there again and make a deep run now that we have the experience.”

Last season, the Knights went 19-2-1 overall and were the 4A West Valley Region champions at 4-0. Havasu’s season ended with a 6-0 loss against eventual state champion Washington in the 4A semifinals. It was the first time in program history that the team advanced to the semifinals of the state tournament.

The Knights were moved to 5A and realigned to the Desert West region this season.

Out of all five teams in the region, only one had a winning record last season with Verrado going 12-8-1 overall. The other four teams: Agua Fria, Canyon View, La Joya Community and Millennium were a combined 15-44-3 last season.

One of last year’s standouts, Tristan Fowler, is expecting to return to the playoffs and compete for the program’s first state title.

“I want it to bring it all the way home this season,” the senior striker said.

Last season as a junior, Fowler was Arizona’s fourth-highest goal scorer with 33 goals, according to MaxPreps. Fowler was awarded the 2019-20 4A West Valley Player of the Year after his 30-plus goal season along with 13 assists and 32 steals.

Gavin Lintz, who was the West Valley Defensive Player of the Year last season, is another returner expected to have a huge year. Lintz recorded a team-high 146 steals as a junior last season.

Like his teammate, Lintz, a senior, is expecting nothing less than a deep playoff run.

“They’re high,” Lintz said about his expectations for this season. “I know we went up a division and it’s supposed to be harder, but there is high as ever and I want to as Tristan said, ‘Take it home.’”

The Knights were originally scheduled to play Mohave on the road for their season opener on Dec. 2, but their schedule was removed on the AZ Preps 365 website. The removal happened after the Arizona Interscholastic Association made a recommendation to its executive board to postpone the start of the winter sports season until January. The team’s schedule is still posted on MaxPreps.

As of press time, no decision has been made regarding the start of winter sports.

The AIA removed nearly all games and tournaments for soccer, basketball and wrestling after Monday’s recommendation.

Havasu is still allowed to practice since Mohave County met the AIA’s metrics regarding covid-19 earlier this month. Mohave is the only county in the state to practice with no restrictions. The Knights have been practicing since Nov. 9.

Fowler and Lintz have hope that the season will start on time, but if it doesn’t, they’ll use the extra practice time as an advantage.

“We’ll have more team chemistry for sure,” Fowler said. “We’ll be out here more, training harder.”

“Coming from a smaller school, we don’t have as many resources so we use everything we can to get an edge,” Lintz said.

ST. SIMONS ISLAND, Ga. (AP) — Moving on from a devastating summer of losing his ch…

NBA free agency is usually a weeklong frenzy. Deals get struck, then teams and pla…